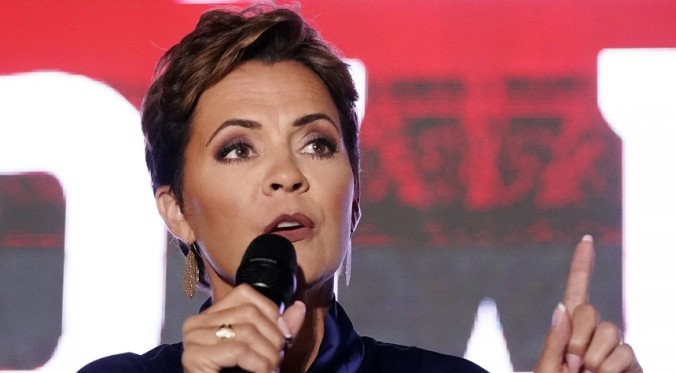 —-GOP candidate for Governor of Arizona Kari Lake, responding to a reporter who baited her with a “whataboutism” question referring to Donald Trump “dividing the nation” by “falsely telling people he won [the 2020] election”?

I don’t know much about Lake or the Arizona governor race, but GOP leaders, candidates and party supporters should study and memorize Lake’s full response to the Democrat-pimping reporter’s question, ““You feel like Joe Biden is dividing the country. Do you feel Donald Trump is doing the same by falsely telling people he won that election when he lost it?”

“How does that divide the country? Questioning an election where there are obviously problems is dividing the country? Since when can we not ask questions about our elections? As a journalist for many years—I was a journalist after 2016 and I distinctly remember many people just like you, asking a lot of questions about the 2016 election results and nobody tried to shut you up. Nobody tried to tell Hillary Clinton to shut up. Nobody tried to tell Kamala Harris when she was questioning the legitimacy of these electronic voting machines to stop. We have freedom of speech in this country and you of all that people should appreciate that. You’re supposedly a journalist. You should appreciate that. So I don’t see how asking questions about an election where there were many problems is ‘dividing’ a country. What I do see divided a country is shutting people down, censoring people, canceling people, trying to destroy people’s lives when they do ask questions. Last I heard we still have the Constitution. It’s hanging by a thread thanks to some of the work some people in this area have done. But we’re going to save that Constitution and we’re going to bring back freedom of speech. And maybe someday you’ll thank us for that.”

As to that last sentence, I very much doubt it.

Assuming the quote is being reported accurately, that is an impressive and fair response even if Lake had expected the question and had her answer polished and ready. Gee, isn’t it nice when candidates can speak in complete sentences and make clear, organized, articulate statements on the fly?

END_OF_DOCUMENT_TOKEN_TO_BE_REPLACED 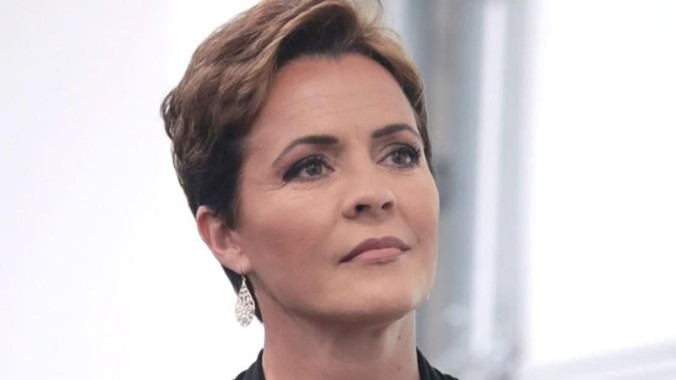 Boy, there are a lot of horrible, unqualified, inept Republicans running for office! In Georgia, Senate candidate Herschel Walker continues to make little sense while mangling facts every time he opens his mouth. Carl Paladino, the New York GOP’s candidate for Congress who already declared that Adolf Hitler was a “doer” and the kind of leader we needed today, recently said the US attorney general should “probably be executed.” After people had a problem with this for some reason, Paladino swore he was just joking. He’s a funny guy!

In Pennsylvania, where the Democratic candidate for on open U.S. Senate seat is suffering the after-effects of a stroke and still has trouble speaking (though his party’s President has lowered the bar on that score considerably), the GOP is running TV doctor and Oprah acolyte Mehmet Oz because Republican primary voters just can’t resist unqualified celebrities (See Walker above). Oz made his honesty an issue when he was asked an easy question: “How many homes to you own?” Dr. Oz’s reply: “Well I, legitimately, I own two houses. But, uh, one of them we’re building on; the other ones I rent.”

Translation: “Huminahuminahumina…” As a little research rapidly demonstrated, the former TV doctor actually owns ten residential properties (plus as many as eight commercial ones). After this was pointed out by his opponent, Oz “clarified” by resorting to the Clintonesque tactic of distinguishing a house from a home. Obviously Oz wouldn’t give an honest answer because it would make him look like what he in fact is: someone who is, by average American standards, wildly wealthy…not that there’s anything wrong with that.

She endorsed a raging anti-Semite!