I have been remiss in getting up “Comments of the Day,” another consequence of my frustration adapting to the new WordPress “block” system, damn it.  I usually hand le COTD posts from my laptop, and posts requiring my concentration and composition rather than the imported wisdom of others from the Fortress of Ethics Solitude, my office.

I’m posting this follow-up comment from Here’s Johnny regarding the baseball writers’ gratuitous smear on the original commissioner of baseball based on nothing but rumor, a desire to practice “anti-racism,” without actually doing anything, and the smug assumption that History Doesn’t Matter, Gratitude Doesn’t Matter, and Honors Don’t Matter.

And the dog is licking my toes…

UPDATE: Well, that was a failed experiment. When I tried to move the text from Word to WordPress, I couldn’t make the format work from the laptop, so I’m back at my PC. That was 20 more minutes of my increasingly scarce time on Earth robbed by WordPress. I’m thinking of sending them an invoice...

END_OF_DOCUMENT_TOKEN_TO_BE_REPLACED 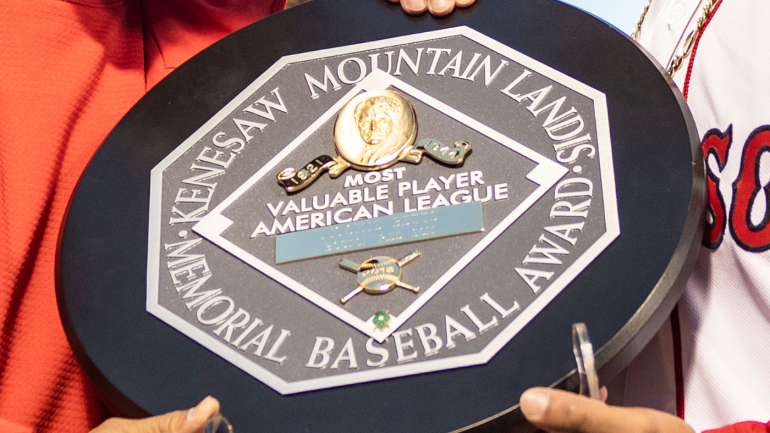 Yesterday, the Baseball Writers’ Association of America (BBWAA) announced that group will remove the name of Kenesaw Mountain Landis from the American League and National League Most Valuable Player plaques presented each year to the MVP winners.. Landis has been honored with having the plaques bear his name since 1944, the year of his death. He didn’t do much: he only probably saved the National Pastime at its darkest hour.

It was Landis, a famously tough and uncorruptible federal judge, whom the baseball owners turned to in 1920 in the midst of the Black Sox scandal. The scandal involving the Chicago White Sox throwing the World Series in 1919 under the influence of bribes from gamblers to some key players, including star Shoeless Joe Jackson. Even though the eight accused players were acquitted in their trial, Landis, who remained a judge for two years while serving as Commissioner, banned them all from baseball, laying down a rule that participating in efforts to corrupt the game through gambling or having knowledge of other players doing so and not acting to stop it were grounds for permanent exile. Eighteen players in all, like the infamous Hal Chase, were banned by Landis, who remained commissioner for the rest of his life.

Landis had a memorable career as a judge before coming to baseball’s rescue: in 1907, he thrilled the man who appointed him, Teddy Roosevelt when he fined Standard Oil of Indiana more than $29 million (about $800 million in 2020) for violating federal laws forbidding rebates on railroad freight tariffs.

Why, then, is Landis suddenly the victim of metaphorical statue-toppling? That was a clue: in the wake of the George Floyd Freakout and The Great Stupid, the baseball writers, which are thoroughly infested with self-righteous and semi-ignorant would-be social justice warriors like this guy, blame Landis for not “doing more” to desegregate baseball before Jackie Robinson and Branch Rickey finally did the trick, three years after Landis died. In other words, he’s being punished for not seeing clearly what everyone sees almost 80 years later, and not actively fighting for a cause that neither baseball nor American society may have been ready for.

END_OF_DOCUMENT_TOKEN_TO_BE_REPLACED 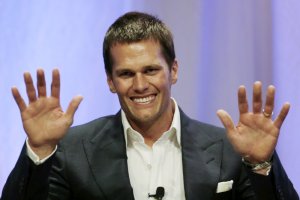 What Brady doesn’t get: When people think you cheated, the smirk is does as much damage as the conduct.

“We hold that the Commissioner properly exercised his broad discretion under the collective bargaining agreement and that his procedural rulings were properly grounded in that agreement and did not deprive Brady of fundamental fairness.”

It is important to note that the Court only ruled on whether NFL Commissioner Roger Goodell had the power to suspend Brady and did not violate the player’s rights as a players union member by doing so. The NFL’s current deal with the players gives Goodell the kind of power Major League Baseball gave to its first commissioner after the 1919 Black Sox Scandal, when gamblers fixed the World Series. Goodell, like Landis, can use his discretion to punish a player for “conduct detrimental” to the game and the NFL. They did this because a disturbing number of NFL players were getting headlines for doing things that don’t comport with what the public expects of its paid heroes, like sucker-punching women, shooting people, getting in bar fights, and engaging in assorted felonies. The game also has a very successful coach, Brady’s coach, in fact, who has made it very clear that he will cheat whenever he can get away with it..

I’m not going to rehash the “Deflategate” incident: I wrote enough about it when it occurred. Nobody knows for certain if Tom Brady in fact did conspire with Patriots employees to cheat when his team was behind in a crucial play-off game, but we know this: END_OF_DOCUMENT_TOKEN_TO_BE_REPLACED 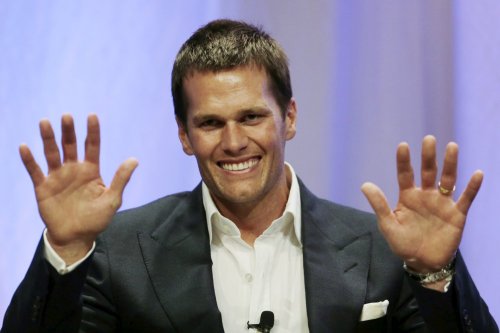 I have received a lot of mail seeking my reaction to a judge reinstating Tom Brady and vetoing Roger Goodell’s harsh punishment decree. My reaction is that this is bad for football, the NFL, and the culture, and one more step toward validating cheating as an accepted cultural norm, not just in sports, but in the nation itself. Once upon a time, sports were supposed to model good sportsmanship, integrity and fairness. This episode demonstrates how far from that we have come. It is a serious and troubling development.

From a legal standpoint, I get it. I assumed that Goodell knew the limits on his own power: silly me. Apparently the NFL’s labor deal neutered the absolute power of a Commissioner to do what he felt was necessary to protect the integrity of pro football. Unions seldom care about the integrity of their game, at least not when their members’ money is involved. The original sports league commissioner, baseball’s Judge Kenesaw Mountain Landis—Damn! Why didn’t we name our son “Mount McKinley Marshall”?—banned Shoeless Joe Jackson and his team mates from baseball forever after a jury had acquitted them of throwing the World series for bribes. His drastic action probably saved baseball, and has influenced the sport to this day. Goodell’s failure, in contrast, promises to do lasting harm.

Remember, the judge didn’t exonerate Brady; he just ruled that Goodell didn’t have the power to punish him. There is no doubt in my mind that Brady cheated, just as there was no doubt in the NFL’s investigator’s mind. There is also no doubt that you could not prove Brady’s guilt beyond a reasonable doubt. The idea behind absolute power in a sports commissioner is that sports contests must be viewed as being fair or people will stop watching, and any hint of cheating and corruption must be banished. I agree with that idea. Baseball flunked its most crucial recent test when Bud Selig didn’t have the guts to pull Barry Bonds off the field when he was breaking records on steroids (and everyone knew it); pro football has been flunking one test after another. Society is becoming more cynical and more tolerant of cheating, and I think professional sports are as much a cause as a symptom.

Why am I convinced Brady cheated? Many factors, none of which individually are conclusive:

I believe most Patriots fans know he cheated too. They just don’t care: he’s their star, and the team won the Super Bowl. The ends  justify the means. END_OF_DOCUMENT_TOKEN_TO_BE_REPLACED

There are so many people who escape our notice despite great deeds and remarkable lives. One of those who had escaped mine was Lester Rodney, who died this week.  He was an Ethics Hero. He was also an American Communist. END_OF_DOCUMENT_TOKEN_TO_BE_REPLACED