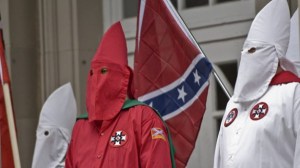 [UPDATE: Apparently, the “news story” that prompted this post is a fake. In that case, I want to thank the hoaxers for  inadvertently sparking a useful discussion—nothing in my post is dependent on the factual nature of the story. I wasn’t the only one fooled, and I originally noted the links on reliable sites. On the other hand, to hell with people who plant fake stories that are not obviously tongue in cheek or satirical: it’s a despicable practice, and abuse of the web, and right down there with public vandalism and creating computer viruses as unforgivable public conduct. I apologize to readers here for misidentifying a false story as true, but I’m not the unethical jerk involved. If anyone knows who that is, please forward their names. I have some choice words for them.]

As I wrote the first time I stuck my ethics big toe into this kind of controversy, I am conflicted over the current trend of forcing certain kinds of service providers to serve customers they just don’t feel like serving. I have consistently come down on the side of the rejected customer, even when the service, as in the case of bakeries and photography salons, edges perilously close to art. I think I am there still, but my resolve is weakening. I think. Let’s look at this again, in the context of the kind of recent case that always eventually occurs when one sits on the slippery slopes.

A three judge panel of a Georgia appellate court recently ruled in favor of Marshall Saxby, the Grand Wizard of a local KKK chapter, after he sued a local bakery for refusing to bake a cake for the KKK chapter’s  annual birthday party. Elaine Bailey, who owns Bailey Bakeries, said she rejected the Klan its activities violated her religious beliefs, and Saxby claimed that Bailey’s refusal of service discriminated against his religious beliefs.

The difficulty with making an ethical call on this case and others like it (and sort of like it, arguably like it or a little bit like it) is that the crucial question in ethics analysis, “What’s going on here?” cannot be answered with certainty or clarity. There are ethical arguments and ethical principles, on both sides, making the issue an ethical conflict (rather than an ethical dilemma). In an ethical conflict, we must prioritize among important ethical principles that are opposing each other.

Let’s answer “What’s going on here?” in some of the various ways this case allows, as if only one of these ethical principles were in play: END_OF_DOCUMENT_TOKEN_TO_BE_REPLACED