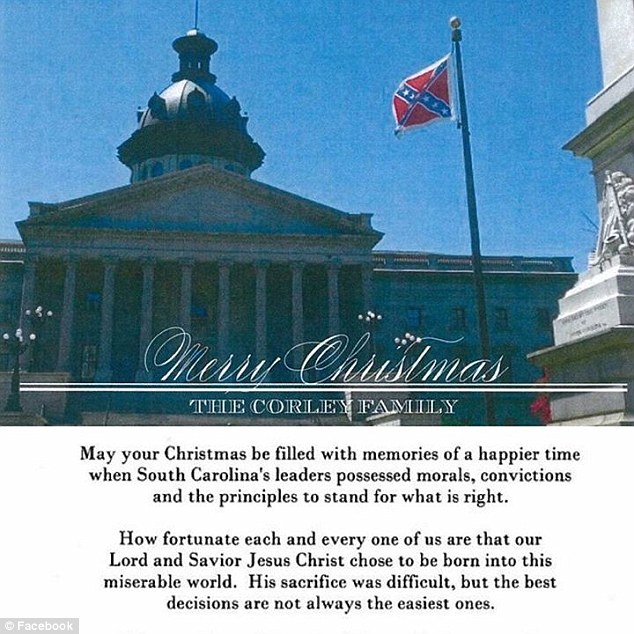 South Carolina lawmaker Rep. Christopher Corley (R- Aiken) decided to take on the daunting challenge of topping Las Vegas Assemblywoman Michele Fiore’s entry in the “Most Tasteless Christmas Card That Proves Its Republican Politician Author Is An Idiot” competition. You saw that one, right? It  features Fiore, her husband, her adult daughters, their husbands and one of her grandchildren… 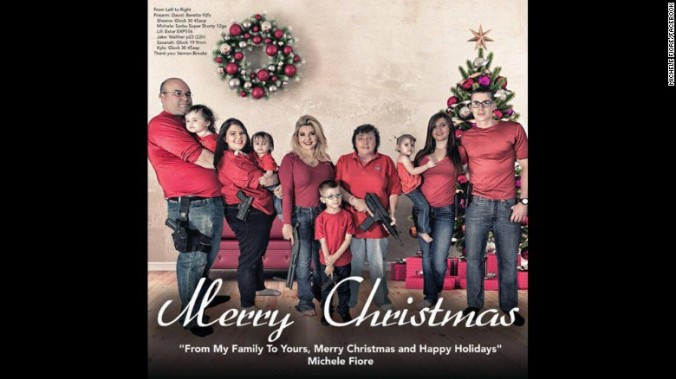 …holding guns, with a useful note in the corner denoting which models the are each planning on using to bag a reindeer and Santa too, I suppose, since there are ten Fiores.

There is a lot wrong with the card, beginning with the fact that, as the Bible says, there is a time for every season, and regardless of one’s faith or lack of it, this season is and has always been about peace and love, not shooting things. Fiore uses children as props for political grandstanding, which is ugly and an abuse of power.

The card also says “I am an idiot,” but that arguably is a good thing, since as many people should know as possible. (Either her constituents are idiots, or they like them for some reason.) Still, the silly card is relatively harmless, except that Fiore embarrasses her party and gives anti-gun hysterics another excuse to portray all those who resist the obvious progressive goal of banning guns entirely as lunatics.

Corley’s card, however, is much, much worse. END_OF_DOCUMENT_TOKEN_TO_BE_REPLACED