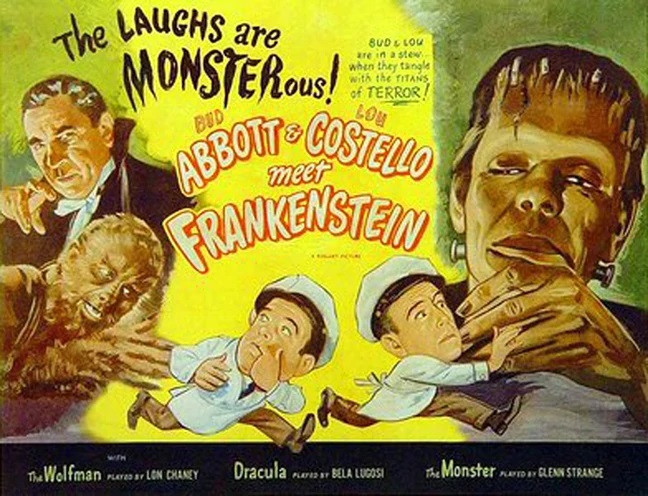 Like the classic film starring my favorite comedy team, this is more funny than scary. And it couldn’t happen to a more deserving news organization.

An online NPR article and a tweet promoting the story reported that Michelle Wu, just elected as Boston’s  first woman and first person of color mayor, had disappointed some activists with her victory. 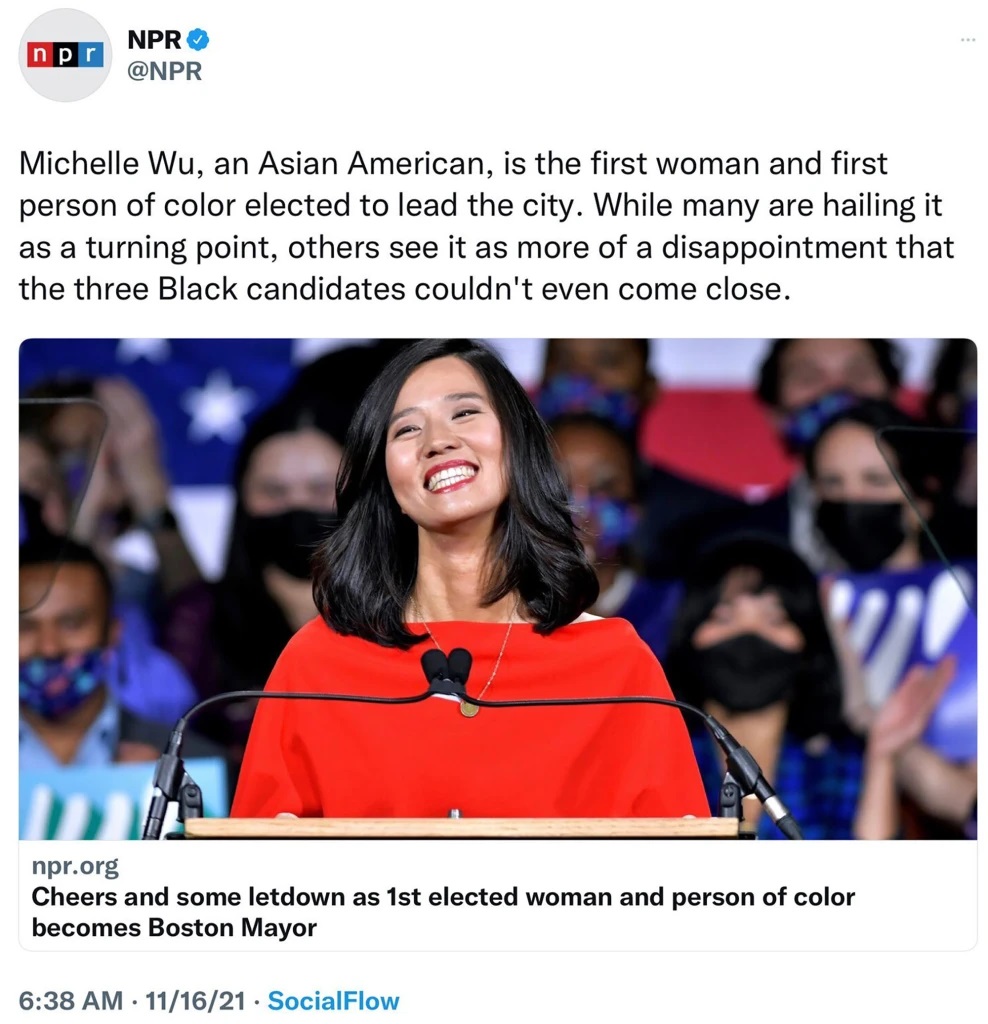 “While many are hailing it as a major turning point, others see it as more of a disappointment that the three Black candidates in the race couldn’t even come close,” the story, like the tweet, read.  This being The Great Stupid, NPR was quickly accused of being racist. Trapped like a rat, NPR’s Boston affiliate apologized and said it had deleted the tweet which was “causing harm”, though all it had done is report, and accurately, the reaction of others in the city, notably the black community. “We realize we don’t always get things right the first time,” it groveled, saying that the  “tweet/headline misrepresented the story.” No, what NPR was really apologizing for is reporting the story, which exposes the fact that black race-activists only care about one race, their own. They did see Wu’s victory as a disappointment. NPR’s sin was telling the truth, instead of being a reliable propaganda organ and spinning the story to the satisfaction of those who want to avoid letting on that the conservative criticism of the Left’s race obsession is legitimate. What “harm” had the tweet done? The harm was not following the approved script and hiding the ugly hypocrisy at the core of progressivism.

“The story is still Asians vs. Blacks for some unknown reason. The ‘tweet/headline’ was hardly the issue,” one outraged Bostonian tweeted. Unknown reason? Harvard and other elite colleges are rejecting better qualified Asian-American applicants to admit Blacks with lesser credentials. A disproportionate number of the attacks on Asian-Americans hyped by the media was at the hands of Blacks.

Now the  updated tweet says that “many were hopeful Boston would finally elect its first Black mayor,” with “Black activists and political strategists” left having to “reflect on what they can learn from the 2021 campaign season.” But they weren’t disappointed that Boston didn’t elect a black mayor, you see?

No, I don’t either. What NPR correctly noted is that “many” in Boston and elsewhere in Progressiveland care about color more than character and ability. END_OF_DOCUMENT_TOKEN_TO_BE_REPLACED