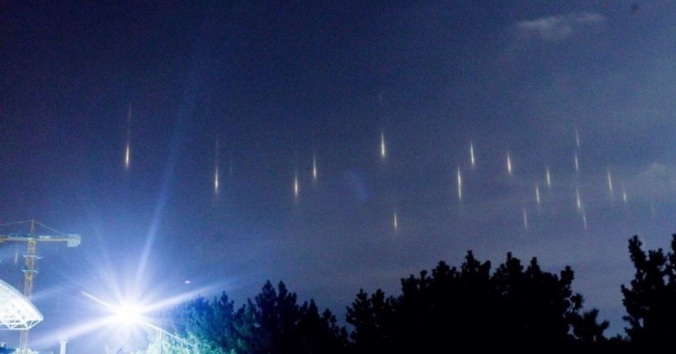 1. From the Ethics Alarms cultural literacy files. I remember this re- tweet by acclaimed novelist Joyce Carol Oates from 2015; I can’t believe I didn’t post on it then. (Pointer to Ann Althouse for reminding me of it today): 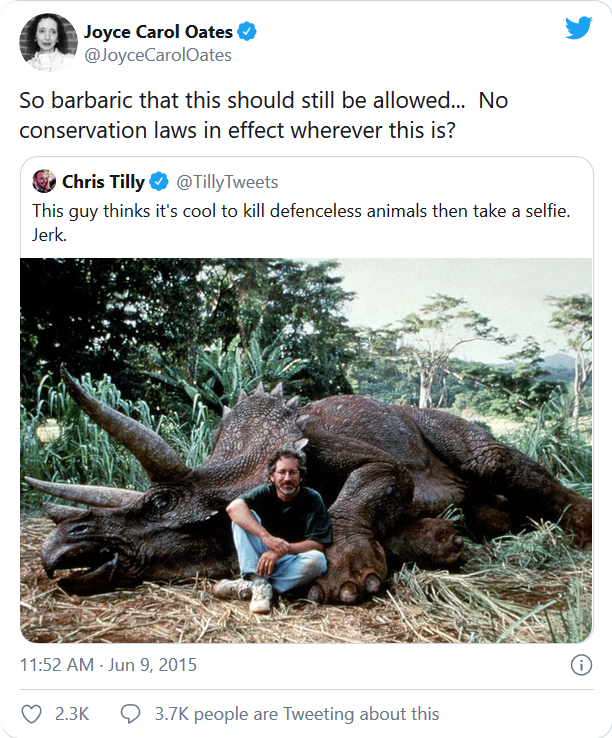 Now,  I would like to believe that Oates was joking (I’m not sure about Tilley), but she is not known for madcap humor. Apparently “Jurassic Park,” Steven Spielberg  and popular culture are beneath her, and she was so focused on literature in school that dinosaurs completely missed her attention. I regard this as being estranged from one’s culture, and I regard that as irresponsible.

2. Question: If Twitter is taking down tweets involving hate speech, why is unequivocal hate like this permitted? Robert Trump, the President’s younger brother, died yesterday. The President wrote,

“It is with heavy heart I share that my wonderful brother, Robert, peacefully passed away tonight. He was not just my brother, he was my best friend. He will be greatly missed, but we will meet again. His memory will live on in my heart forever. Robert, I love you. Rest in peace.”

Yet the hateful, vicious “resistance” couldn’t rise to a moment of bipartisan decency. The hashtag #wrongtrump, is the second highest trending on Twitter, with more than 80,000  tweets last I checked. Among the the ghouls were journalist David Leavitt., ” who tweeted, “What did he promise the devil for the Grim Reaper to take the #wrongtrump ???” (5.7 thousand people “loved” the sentiment), and Bishop Talbert Swan, president of the Springfield, Massachusetts, branch of the NAACP (and a pastor, which will perhaps help illuminate my attitudes toward organized religion), who wrote “Dear Grim Reaper, You took the #wrongtrump.” That one got 10,000 hearts.

These are mean, bad people with dead ethics alarms. END_OF_DOCUMENT_TOKEN_TO_BE_REPLACED

As a holiday prank, two Minneapolis police officers decorated a  Christmas tree inside a Minneapolis Police Department precinct in a primarily African-American area with  half-crushed cans of malt liquor, crumpled bags of Takis chips and Funyuns, a cup from Popeyes and two packs of Newport cigarettes, all highlighted by a strip of yellow crime-scene tape.

Naturally, a photo of the tree made it to social media. The officers responsible were placed on leave after the local African American community and public officials expressed anger and outrage, including Mayor Jacob Frey, who described the tree as “racist, despicable, and well beneath the standards of any person who serves the city of Minneapolis.” END_OF_DOCUMENT_TOKEN_TO_BE_REPLACED