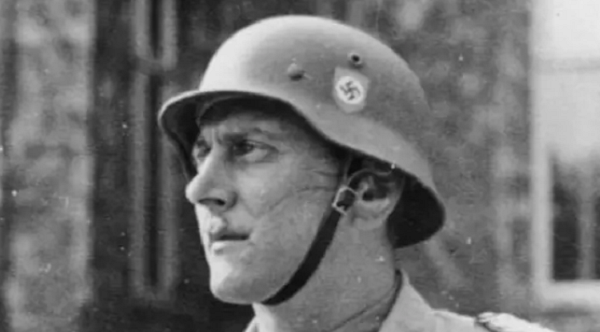 There are few better examples of how extreme versions of “the ends justifies the means” can be adopted as an ethical course than the strange, and oddly under-publicized, story of Otto Skorzeny.

Do you know the tale? I didn’t, until today. This is a good day to consider it, being the anniversary of the date Hitler’s minions invaded Czechoslovakia.

Skorzeny was born in Vienna in June 1908. He joined Austria’s branch of the Nazi Party in 1931 when he was 23. He worshipped Hitler. When the Nazi army invaded Poland in 1939, Skorzeny left his construction firm and volunteered  for the  SS Panzer division that served as Hitler’s personal bodyguard force. He took part in battles in Russia and Poland, and was probably involved in exterminating Jews.

In 1944, Skorzeny handpicked 150 soldiers in a plan to foil the Allies after they landed in Normandy on D-Day. Dressing his men in captured U.S. uniforms, he procured captured American tanks for  to use in attacking and confusing Allied troops from behind their own lines. This mission more than anything else earned Skorzeny two years of interrogation, imprisonment and trial after the war ended. Somehow, despite being one of Hitler’s favorite SS officers, he still managed to be acquitted in his war crime trial in 1947. The Führer had even awarded Skorzeny the army’s most prestigious medal, the Knight’s Cross of the Iron Cross, for leading the rescue operation that rescued Benito Mussolini from his captors.

After  Skorzeny’s acquittal, newspapers called him one of the most dangerous Nazi criminals still unpunished. Typically brazen, he capitalized on the notoriety by publishing his memoirs,  including the 1957 book “Skorzeny’s Special Missions: The Autobiography of Hitler’s Commando Ace.”

Skorzeny did not reveal in his books how he escaped from the American military authorities who held him for a year after his acquittal, perhaps saving him from more charges and another trial before the Nuremberg tribunals. The escape was rumored to have been assisted by the CIA’s predecessor agency, the OSS, which he assisted in some special operations after the war. END_OF_DOCUMENT_TOKEN_TO_BE_REPLACED