TWICE yesterday store employees returned my “Merry Christmas!” with  a “Happy Holidays!” that was delivered in a tone that to my ear was intended to convey, “No, THIS is what you should say.” Both times, I was tempted to call them on it, but did not. Maybe I was being hypersensitive, maybe that wasn’t their intent…but of course it was. The next clerk or cashier who does that to me might get a “No, Merry Christmas. Do you have a problem with that?” back.  I’m that close…

1. ARGHH! “Baseball” censorship! Here’s another nauseating example of the capitulation to the word-banners. The MLB TV channel, which, like its satellite radio counterpart, is challenged to come up with programming this time of year. (The radio version held a quiz last week in which we were challenged to identify expressions of despair and horror as either coming from Cleveland Indians fan tweets about the trading of ace pitcher Corey Kluber, or from reviews of “Cats.”) Yesterday the channel was showing Ken Burns’ terrific documentary “Baseball.” In the segment on Ty Cobb, we were told about in infamous incident in which Cobb jumped into the stands to beat up an abusive fan, who, it turned out, had no hands. When the crowd shouted this fact at the infuriated player, he reportedly replied that he’d throttle anyone who called him “that” even if he had no legs. What was “that”? Why, it was that Cobb was a “half-BEEEEEEEEP!” Yes, a loud, high-pitched beep was injected into the narration instead of the word itself, which was in Burns’ original work (I own a copy.) Morons. If the word is  discernible from the context, then the beep equals the word, so just use the word. If it isn’t clearly indicated—and while I was pretty sure, knowing the story, but uncertain enough that I had to check—then it is incompetent to leave viewers wondering. Half-crazy? Half-wit? Half-lizard? Half-breed? No, Cobb was called “half nigger,” and the exact word is essential to understand the incident but also a key component of Cobb’s character. Did Burns approve the marring of his soundtrack? I doubt it.

This has got to stop.

2. Great: colleges are now free to bribe students to renege on their promises. In a proposed agreement announced this month in response to Justice Department antitrust accusations, the National Association for College Admission Counseling said it would allow its member college and university counselors to recruit students even after they have committed to another school and would permit members to encourage students to transfer after they have already enrolled. From the Times:

Now, colleges will be free to offer perks, like special scholarships or priority in course selection, to early-decision applicants, students who are less likely to need tuition assistance and use the process to secure a spot at their first-choice schools. …Institutions will also be able to continue recruiting students beyond a widely applied May 1 deadline that is typically imposed for students who have applied through a regular decision process and are considering offers based, at least in part, on financial aid packages.

The promises to commit to a school that gave you an early admission were never legally binding, just ethically binding. And they still are. Any college whose applicant reneges on such an agreement after being seduced by another college should send a letter telling him or her, “Thank you for voluntarily withdrawing your acceptance. Our school wants only students of good character, who are trustworthy, honest, and value integrity. Now that we know that you do not honor commitments, we realize that we erred in accepting you. We’re sure you will fit right in at the school you chose, however, and wish you the best in your years there.” END_OF_DOCUMENT_TOKEN_TO_BE_REPLACED 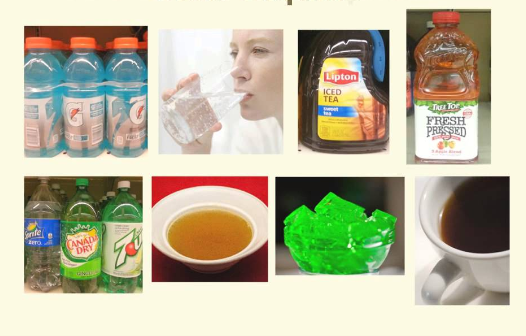 Even the satisfaction of knowing that the President reads Ethics Alarms, or at least thinks like I do…wait, that came out wrong. Anyway, today I expect to be uncomfortable, hungry and distracted, so who knows what might appear here today?

1. The Ethics Quote of the Day comes from ex-Marine and TV talk show host Montel Williams (who was very nice to me when I was on his show), on the “scandal” of some cadets flashing the dreaded “OK” sign during the Army-Navy Game:

“Both West Point and Annapolis are investigating, and it strikes me as defamatory that some in the media have branded these young people as racists without a shred of evidence. I understand that a handful of racists (perhaps living in their parents’ basements) attempted to co-opt the ‘OK’ sign as a symbol of white power … but that is not evidence that these kids were motivated by racial animus. We owe these young people, who had the courage to sign up to be part of the 1% who defend this democracy, better than this,”

I would say that we owe them better than even investigating such trivia. A ambiguous gestures are ambiguous, and no student, in a military academy or anywhere else  should have to defend or explain them. The students are entitled to the benefit of the doubt.  As with the “It’s OK to be White,” flyers, the rational, responsible approach by administrators is to ignore them, rather than to make a scandal out of nothing.

When will we see the first “It’s OK to make the OK sign” flyers? Heck, I may put some up myself…

2. Nah, there’s no progressive “war on Christmas,’ and there’s no mainstream media bias, either. And CNN’s Brian Stelter isn’t the most incompetent and absurd “media critic” since the term was coined! Imagine: Stelter asked on Twitter,

“Justice Neil Gorsuch is on “Fox & Friends” right now. The Q: How is it appropriate for a Supreme Court justice to try to goose sales of his three-month-old book by chatting on one of the most partisan shows on TV?”

More “Q’s”: Would it be appropriate for Gorsuch to chat on another network, like, say, CNN? Would “wtachdog” Stelter bitch about that? What does the level of partisanship of a show have to do with whether a Supreme Court Justice should appear there? Is there any rule or precedent holding that it is unethical for a sitting Justice to promote a book? (I’ll answer that one: no.)

Stelter’s whining wasn’t close to the most contrived objection to Gorsuch’s visit to the Fox and Friends couch, though. This was: END_OF_DOCUMENT_TOKEN_TO_BE_REPLACED