Richard Spencer, an outspoken  “alt-right” activist and white nationalist who has cheered on the rise of Donald Trump,  was punched in the face Friday, during an ABC interview, by a hooded Inauguration Day protester in Washington, D.C. The attack was caught on video, and promptly went viral on social media. There were many online discussions about whether the violence was justified, with Spencer being widely categorized as a Nazi. The majority view appeared to endorse the sucker punch.

Episodes like this make me simultaneously feel that what I do is important, since the level of ethical  literacy in the general U.S. population seems to be at a rudimentary level at best, and make me want to quit and become a paleontologist. Of course it’s wrong to attack someone physically because of his words and opinions. It doesn’t matter what they are. That is so unethical it makes my teeth hurt, and defending it is proof that you need to go live in cave.

I’d love to see a poll on the topic, but I’m afraid the results would send me into serious depression. I’m also afraid the poll would show that Democrats and progressives  favor face-punching Nazis with alarming self-righteousness, making ever more tenuous my respect for any Democrat, in the midst of the party’s embarrassing conduct since the election, who doesn’t wear a flour sack over his or her head in public and constantly mutter, “I’m sorry! I’m so, so sorry…”

I know that there are people in this country like those who used to appear on The Jerry Springer Show, whose only response to conflict is to start swinging. I assumed, however, that nobody who could name the President during the Civil War, spell “cheese” and knows where babies come from thinks that it is acceptable to walk up to someone on the sidewalk and cold cock him because his opinions are offensive. Silly me. I also assumed that there was no accepted list of punch-worthy positions, but I guess there is.

END_OF_DOCUMENT_TOKEN_TO_BE_REPLACED 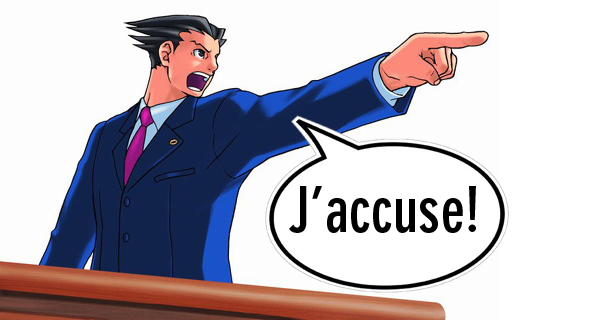 I finally grabbed a barf bag and read the New York Times attack piece from the weekend titled “A Week of Whoppers.” Silly me: Donald Trump lies so often that I simply took it on faith that the Times would have no trouble finding real and substantive lies to expose from The Donald. Instead, what I found were a few genuine lies of no great significance lumpod with statements that were obviously not meant literally, off-the-cuff remarks that any objective listener would assume were just generalizations, self-evident hyperbole, or opinion. None rose to the level of outright attempts to deceive on the magnitude of “I never sent or received classified material,” or “wiped? Like with a cloth?”

Needless to say, but I’ll still say it, none came within a Washington mile of lies like “I did not have sex with that woman,”  which is one Hillary Clinton attempted to facilitate. It is depressing that any reporter, editor or reader would find the analysis that all 31 of these alleged “lies by Trump were “lies” fair, rational or convincing. Alexander Burns and Maggie Haberman prove themselves to be partisan hacks with this weak piece of anti-Trump hype. The statements flagged here are so clearly the result of a concerted anti-Trump bias that editors must have assumed that few would actually read them, and just take the headline and sheer size of the feature as proof that the Times had legitimately proven massive dishonesty.

And it had: its own.

Here are all 31 alleged Trump “lies,” with the Ethics Alarms verdicts on each. END_OF_DOCUMENT_TOKEN_TO_BE_REPLACED

I must say, this is the sort of thing that makes the heart of an ethicist, or at least this ethicist’s, swell with joy as the strains of “Ah, Sweet Mystery of Life At Last I Found You!” take control of his brain, and the song bursts, full-blown and soaring, from his lips…You’ll have to excuse me…

Glenn Kessler’s “Fact Checker” column in today’s Sunday Post is a cornucopia of wonderful topics, including…

It just doesn’t get much better than this.

Let us begin with the root of Kessler’s  column and his inspiration, this statement by Sen. Rand Paul (R-Ky): END_OF_DOCUMENT_TOKEN_TO_BE_REPLACED

As comments, accusations and retorts featuring the Ethics Alarms All-Stars were flying around on the blog in reaction to the Casey Anthony verdict and my reaction to some of those reactions (here, here, here, and here), Lianne Best came through with an  especially measured take, one that was immediately cheered by other commenters.

There is nothing wrong with feeling deeply, and emotions are important; after all, Mr. Spock had limitations as a leader. When emotion rather than analysis drives public opinion, however, there is a risk of real harm: those attempting objective analysis may be vilified, marginalized or ignored, and rash, reckless decisions and consequences can result.  (I could, but won’t, argue that the 2008 presidential election was a classic case in point.)  Lianne cuts to the real issue deftly. Here is her Comment of the Day:

“I too often find myself embroiled in emotional opinion, with no basis in facts. It’s easy here: an adorable and completely innocent, dependent little girl was killed. Virtually every human, particularly parents, want to see that vindicated, justice found and brought. That somehow makes it better. But you know what? It doesn’t make it better to go racing off on just a blazing gut reaction, not when people’s lives are affected by our lack of thought and analysis. I was a juror in a kidnapping and murder trial. It was an immensely difficult two weeks, and the decision was agonizing. Luckily, it was also popular; it would have been awful to suffer through loud, manic public criticism of our reasoned decision on top of the process … loud, manic public criticism by people who weren’t there, who knew less (or at least differently) than we did. We have a jury system for a reason, 12 people found Casey Anthony not guilty (13 if you count the alternate juror) and we have to trust them.

“Personally, I appreciate Jack’s cooler head prevailing when my mother’s heart is shrieking.”

Apparently I'm the pigeon in the lower left box.

“No one can be given credit for speaking from genuine moral or political conviction anymore; everyone can be dismissed or derided with a nod to their personal background. This may be the logical end of identity politics, where ultimately we’re each locked inside whatever little box we check, tiny caucuses of one, and common ground is impossible.”

—-Joan Walsh in Salon, bemoaning the accelerating tendency in public debate to discredit all beliefs, assertions and opinions, no matter how sincere or well-supported, as the product of bias and narrow self-interest.

Her comment could not be better timed, from my point of view. How tired I am of having readers demonstrate the trend Walsh describes by reflexively attributing every post I write as being proof of bias and a pre-existing agenda. If I criticize an atheist, I am a religious zealot; if I find fault with Obama, I must be a racist; if I point out that a production of “The Mikado” doesn’t really call for Sarah Palin to be beheaded, I’m a Left-winger. The problem is, unfortunately, that many prominent positions in the public square and blogosphere are driven by agendas and biases. It is so common that the concepts of independent judgement, an open mind and objectivity seem quaint and unrealistic.

I don’t know how to combat the problem, which is as serious as Walsh suggests. Recognizing it is a start.