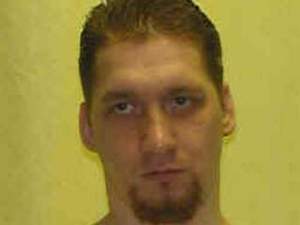 He will die, not with his boots on, but with his kidneys in…

One of the best threads Ethics Alarms has ever hosted occurred in response to the November 2013 post, “The Kidneys of Orlac,” which discussed the strange case of the Ohio death row resident who wanted to donate his organs to ill relatives. The issue generated an Ethics Quiz, a follow-up poll (“The Amityville Kidney”) involving the related issue of whether the recipient of a murderer’s organs had a right to know their creepy origin, and a terrific Comment of the Day, which was just one of the COTD-worthy submissions.

I had forgotten about the story until Mark Draughn raised it again at Windy Pundit in the context of criticizing bioethicists, one of whom had what Mark considered a particularly misbegotten argument against the transplants (I agree with Mark about that argument, but I also oppose giving condemned prisoners the privilege of donating organs to loved ones, or anyone at all.) This led me to review original post, which led me to re-read the comments.

I also discovered the resolution of the dilemma, which occurred at the end of last month. Ronald Phillips will not be allowed to donate his organs, because he wouldn’t have enough time to recover from the operation before his execution.  Ah, yes, the old “You have to be in tip-top shape before we can kill you, or it isn’t really punishment”  Catch 22! Ethics, you see, had nothing to do with the bureaucratic resolution here, just the letter of the law, rules, and bureacrats refusing to look for the best solution in an anomalous situation, rather than the one they could reach on auto-pilot. As a result, nobody made a reasoned determination about what is right, or what capital punishment really signifies, or apparently even tried. That is how so many government decisions are made, and that, my friends, is far scarier than having the kidneys of a killer. 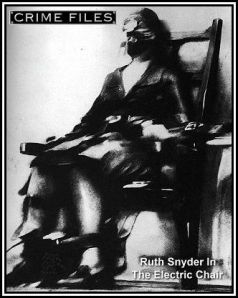 But first, a last act of altruism?

The presumptive winner of the annual Ethics Alarms award for “Commenter of the Year” in 2013, texagg04,  has delivered a Comment of the Day expanding the topic of the post regarding a condemned prisoner in Ohio who wrangled a postponement of his execution so he could donate his organs to relatives. Here is  texagg04’s  take on “Ethics Quiz: The Kidneys of Orlac.” I’ll have some comments at the end.

“First, a murderer or other capital criminal being held responsible for his or her conduct seems to be in conflict with the same individual being allowed to display charity when you say they  forfeited their freedom, all of it, with their commission of a  capital crime. I’m not so sure it should be viewed from that angle.

If the criminal wishes to donate his/her organs to (what we must assume is to salve their own conscience – even though we can, probably, cynically assume is just a delaying tactic), we should not care one bit. They are gaining no material benefit from the community, nor are they engaging in any direct interaction with the community – so the act of cutting them off from the community as part of the punishment is still complete. END_OF_DOCUMENT_TOKEN_TO_BE_REPLACED

I’ll play devil’s advocate here, except that the advocate for the child rapist deserves the title more than I do. I think Kasich is confused, and that Phillips or his lawyers have figured out one more way to foil the criminal justice system. END_OF_DOCUMENT_TOKEN_TO_BE_REPLACED