Nearly 100 students  attended a rally at noon on Monday demanding a tenured professor be fired after he sent a reply-all email last Thursday to the student body noting that “accusers sometimes lie.”

Professor James Moore, a tenured professor at the University of Southern California, replied to a campus wide email fatuously demanding that students  “Believe Survivors” on the day of Christine Ford’s testimony with a reply-all message that…

“If the day comes you are accused of some crime or tort of which you are not guilty, and you find your peers automatically believing your accuser, I expect you find yourself a stronger proponent of due process than you are now.”

For a teacher, this was a responsible and important point to make. It is also undeniable, except in dishonesty, ignorance and hysteria. So what was the campus response?  Hundreds of  emails from “concerned” students and alumni condemning the engineering professor. USC students Audrey Mechling and Joelle Montier  organized a Facebook rally against him, entitled “Times Up for James Moore.” Nearly 100 students gathered to shout, “Times Up, No Moore!” The crowd then paraded its bias and ignorance, and marched  to the office of Dean Jack Knott. He, of course…

...sided with the protesters...

“What [Professor Moore] sent was extremely inappropriate, hurtful, insensitive. We are going to try to do everything we can to try to create a better school, to educate the faculty,” said Dean Knott to the crowd. “This is going to be a multi-pronged effort. We are going to have a faculty meeting later this week around implicit bias, sensitivity towards [sexual assault]….”

That’s academia today! At Georgetown, a professor tweets that white males should be killed and castrated, and the administrators shrug and say she has a right to her opinion. AT USC, a professor corrects  indefensible cant that rejects basic ethical and judicial principles, and a dean says that he must be punished.

People actually pay to send their children to be warped by these places.

The fact that Dr. Ford had been declared “truthful” in her polygraph test was always one of the worst reasons to believe her, but now that test throws legitimate suspicion on her account. The machines are notoriously unreliable, but the argument was that the fact that Ford was eager to take the test indicated her confidence in her account. Today, Fox News received this letter from a man who claims to be Ford’s ex-boyfriend: 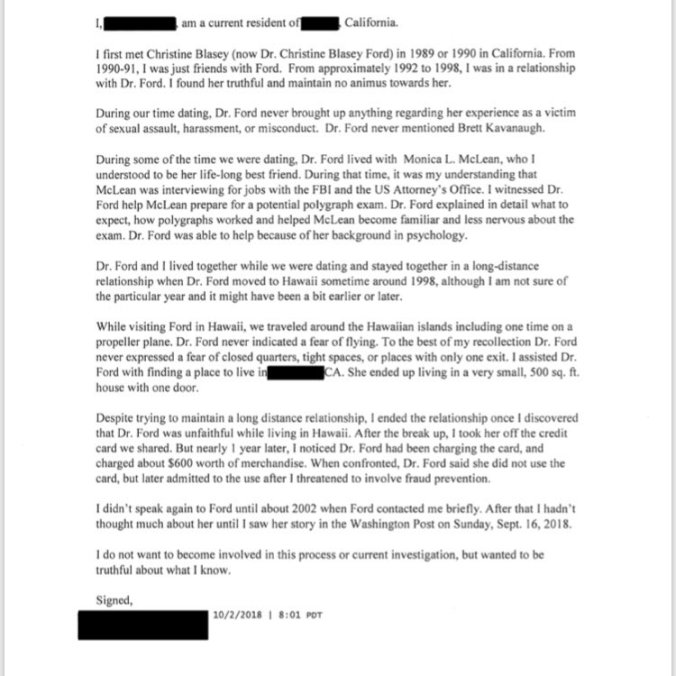 Of course, it could be completely innocent that a woman who suddenly dredged up a forgotten alleged incident just in time to use it to derail the confirmation of a SCOTUS nominee her party opposes and submitted to a lie detector test as evidence of her veracity considered herself an expert on beating lie detector tests. 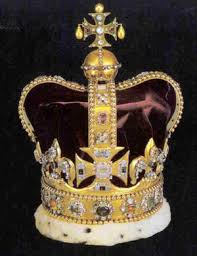 The King’s Pass is among the most corrosive of the many unethical rationalizations. Also known as “The Star Syndrome,” this conduct and this sensibility rots organizations, large and small, public and private. It destroys trust and undermines loyalty and performance. The rationalization, which essentially holds that the enforcement of laws, rules and policies should be withheld against the most powerful, the most popular, the most accomplished and the most productive members of an organization on the theory that they are too valuable to lose, is essentially un-American, defying the national principle that all are created equal, and that the laws apply with equal force to everyone, large and small. The King’s Pass isn’t driven by ethics, but by non-ethical considerations overcoming ethics. An organization that jettisons a star will often suffer itself. Management may be criticized, and the sports team, the institution, company, government agency—or nation— that loses its star might suffer substantially with the removal of a significant asset. Yet not insisting on accountability from a misbehaving or even corrupt “star” will have far worse consequences over time.

Sam Ukwuachu, a former freshman All-American at Boise State University before transferring to play football at Baylor University, was convicted this week of sexually assaulting a former Baylor soccer player in 2013. Jurors in Waco’s 54th State District Court found the 22-year-old Baylor defensive end guilty of one count of sexual assault, but it was the revelation of Baylor’s cover-up that ought to resonate.
END_OF_DOCUMENT_TOKEN_TO_BE_REPLACED