All these years later, and we are still learning about heroic acts of World War II that missed the pages of history.

Roddie W. Edmonds of Knoxville, Tennessee just became the first U.S. soldier to be named Righteous Among the Nations, an honor bestowed by Israel’s Holocaust Remembrance and Research Center to  non-Jews who risked their lives to save Jews during the Holocaust.

Edmonds, who died 30 years ago, never even told his son about the dramatic episode that earned him the posthumous honor, and his story only came to light in the past few years when two men who he saved came forward to tell a tale that could have been crafted in Hollywood. ( As you will see, long after the true event, it was.). He had been captured during the Battle of the Bulge, and was one of about a thousand U.S. soldiers taken to the Stalag IXA camp in Ziegenhain, Germany in 1945. There were 200 Jewish soldiers in the group, and the Nazi officers in charge of the camp announced that the Jewish soldiers were to assemble outside their barracks to be taken to labor camps, and probably killed. END_OF_DOCUMENT_TOKEN_TO_BE_REPLACED 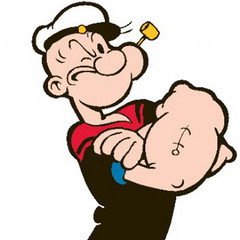 “Mr. Trump upended a Republican presidential forum here [Ames, Iowa] , and the race more broadly, by saying of the Arizona senator and former prisoner of war: “He’s not a war hero. He’s a war hero because he was captured. I like people who weren’t captured.” Mr. McCain, a naval aviator, was shot down during the Vietnam War and held prisoner for more than five years in Hanoi, refusing early release even after being repeatedly beaten.

The only news outlet that isn’t covering this is the Huffington Post, because controversies that directly affect who will be President of the United States aren’t news when they involve candidates the HuffPo ideologues don’t respect.

I thought I should remind you.

1. The statement is signature significance that Trump is a jerk as well as a fool, and not very bright as well. The latter is especially important: being an idiot should disqualify anyone for high elected office. Not that Trump’s intelligence, or lack of it, hasn’t been a matter of record for a long, long time, but this is as blazing a tell as anyone could wish for. Anyone who voluntarily places his or her life at risk for their country is a hero; circumstances and moral luck determine what other tests warfare will present to such an individual’s character. When a hero passes such a test with distinction, as McCain did in his prisoner of war ordeal during the Vietnam war, the military makes a special effort to recognize that heroism, in part to inspire others. My father refused to make a big deal about his Silver Star and Bronze Star, because he was aware that the man who was blown up by a shell while virtually standing next to him could have just as easily been the decorated war hero, and my father a statistic, had the shell landed a little bit to the right. My father regarded the man who was killed in his foxhole as much of a hero as he was. Trump would say, “I like people who aren’t killed.”

Only a stupid man could believe that.

2. For Trump to denigrate McCain’s service when he took every possible step to avoid service in the same war is especially nauseating. The ethical values being rejected here are fairness and respect. John McCain displayed courage, patriotism, devotion to civic duty, selflessness and integrity that Trump could not. It’s really that simple. Trump lacks any standing to criticize Senator McCain’s war record.

3. On ABC this morning, Donald Trump was asked about his habit of name-calling and using personal insults as his response to political criticism. He justified his incivility by evoking the Tit for Tat excuse: if you insult him, he’ll insult you, and that includes calling you fat, old, stupid, or–his favorite—“a loser.” This is playground ethics, worthy of a 12-year-old. Your duty to be fair, civil and ethical is not reduced by the unethical conduct of someone else, even when it is aimed at you. Ethical people understand this, often before they are 20. Ethically, Trump is a case of arrested development. END_OF_DOCUMENT_TOKEN_TO_BE_REPLACED