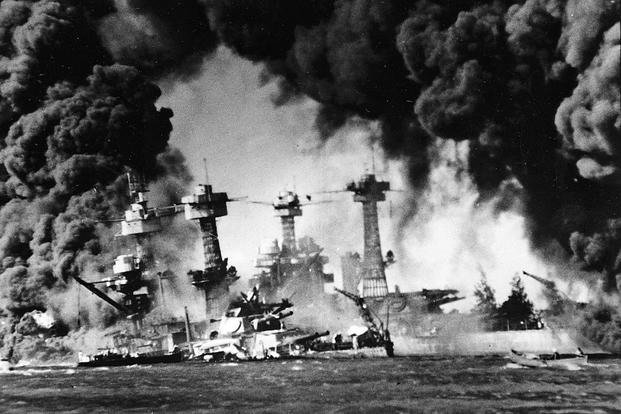 1. The Bad Guys. This email message was received by George Washington Law School administrators urging it to punish Prof. Johnathan Turley for presenting a factual analysis of the Democrats’ contrived case against Donald Trump:

“I am writing you all after listening to Jonathan Turley’s disgraceful statement defending the corrupt and impeachable actions of President Trump at the House Judiciary impeachment hearing today. I know you all cringe inside knowing that you are affiliated in some way with Turley and have to work or study at the same institution in which he is employed. He is defending the indefensible and I hope that all of the Deans at GWU Law and the students will recognize that he is not serving in the best interest of our country and is a detriment to the success of your school’s future reputation. His actions today were spineless and shameful. He is clearly a lackey for the Trump Administration I trust you will act appropriately and reprimand this sad excuse of a man.”

The email was unsigned, but the school says it did not come from a student. Meanwhile, on his blog, Turley has stated that his “office and home have been inundated with threats from people irate over the fact that I would question the sufficiency of this record for impeachment.” He also has felt it necessary to respond to intentionally false arguments against his positions. That Turley’s employers would be told by anyone that the public courage and erudition of Prof. Turley could possibly be “a detriment to the success” of the “school’s future reputation” show how completely the  mass determination to “get” President Trump has entered the realm of Bizarro World ethics, or perhaps for younger fans of “Stranger Things,” the Upside Down.

A commenter on the post about the email at Legal Insurrection writes,

In The Coming of the Third Reich (2003), historian Richard J. Evans explains how, in the early days of National Socialist Germany, Stormtroopers (Brownshirts) “organized campaigns against unwanted professors in the local newspapers [and] staged mass disruptions of their lectures.” To express dissent from Nazi positions became a matter of taking one’s life into one’s hands. The idea of people of opposing viewpoints airing their disagreements in a civil and mutually respectful manner was gone. One was a Nazi, or one was silent (and fearful).

Today’s fascists call themselves “anti-fascists.” Just like the Nazis, they are totalitarian: they are determined not to allow their opponents to murmur the slightest whisper of dissent. Forcibly suppressing the speech of someone with whom one disagrees is a quintessentially fascist act.

2. The Legacy of Marion Barry.  Usually crooked D.C. politicians who are caught stealing money or passing it along to cronies —and there have been oh-so-many of them, resign, long-time member D.C. City Council member Jack Evans, however, became the first local scam artist to be kicked off the body, which voted this week that he  be expelled after a series of investigations found Evans, the city’s longest-serving lawmaker, used his public office to benefit private clients and employers who paid him hundreds of thousands of dollars.

“He has betrayed each and every one of us,” said council member Mary M. Cheh (D-Ward 3), who is leading the internal investigation of Evans. “You would speak to him about council things, but he was speaking for the people who were buying him.”

This time, for a change, the elected crook is white, so there will be no demonstrations by D.C. residents claiming racism. Whew! END_OF_DOCUMENT_TOKEN_TO_BE_REPLACED

As if anyone needs “warm-ups” in August…

1. Here’s how you know a political candidate is an untrustworthy weasel: he places the official United States Marine Corps emblem on his campaign material. That would be Rep. Duncan Hunter, a Republican who has represented a conservative district near San Diego since 2009. This month, Hunter received a letter from the Marine Corps —that also had the official Marine emblem on it, but legitimately, unlike Duncan’s mailers—telling him he did not have permission to use the symbol and demanding that he stop immediately. The letter suggested that Mr. Hunter use an approved “Marine Veteran” emblem instead.

The man’s a long-time member of Congress, and he doesn’t know the basic fact that using any organization’s official emblem, logo or letterhead for an unrelated communication dishonestly suggests that that a communication has been endorsed by the organization? This isn’t an accident. This is misappropriation and intentional deception.

Or stupidity, of course. Any of the three ought to disqualify Hunter for Congress.

On Monday, as President Trump signed the 9/11 Victim Compensation Fund extension, he mentioned being at Ground Zero after the 9/11 terror attacks, saying, “I was down there [at Ground Zero] also, but I’m not considering myself a first responder, but I was down there. I spent a lot of time down there with you.”  Immediately, members the media elite already working over-time to help Democrats defeat him accused the President of lying.

Kyle Griffin, a producer at MSNBC,  claimed there was no evidence Trump was ever at Ground Zero after 9/11. Then CNN’s Chris Cillizza, a progressive hack since his days at the Washington Post, described the statement as the President being “Walter Mitty,” the James Thurber character who imagined himself doing things he couldn’t and didn’t. “Business Insider”ran the headline, “Trump said he was ‘down there’ at Ground Zero after the 9/11 attacks, but there’s no evidence he was ever closer than a few blocks away.” The New York Times  cited a retired NYFD deputy chief who said Trump was never at Ground Zero, because, apparently, he sees all and knows all.

It didn’t take long for someone to track down an NBC video of Trump being interviewed at Ground Zero soon after the attacks, whereupon social media’s anti-Trump hoard shifted gears and claimed that the President had said he was literally in among the rescuers at the disaster site. Yet the video is slam-dunk proof that he was closer than “a few blocks away,” and by any reasonable interpretation, was “at Ground Zero.”

This is a disease. END_OF_DOCUMENT_TOKEN_TO_BE_REPLACED

Happy weird mid-week day before a holiday when almost nobody seems to be working…and remember Pickett’s Charge, July 3, 1863.

But ethics never takes a break…

1. Oops! Did we miss the real holiday? On this date in 1776, John Adams wrote to Abigail that the day before, July 2, 1776, the Continental Congress had voted to declare American independence from the British Empire. Adams predicted that July 2 would eventually be celebrated by every generation of Americans with parades, speeches, songs and fireworks, which Adams called  “illuminations.” Why did he turn out to be wrong? Oh, because history is messy, mistakes don’t get corrected, and tradition becomes more important than facts. (Once again, “The Man Who Shot Liberty Valence” rule applies: “When legend becomes fact, print the legend!” )

What happened on July 4th? The unsigned but ratified Declaration was sent to the printer on that date, and the printer dutifully marked his prints with “July 4, 1776”. The delegates didn’t start signing the document until August 2, and all the signatures weren’t down on parchment until November. The dramatic depiction of the signing taking place on July 4 in the musical and movie  “1776” is fake history.  It’s not all Broadway’s and Hollywood’s fault: the iconic painting “Declaration of Independence,” by John Trumbull, a version of which hangs in the Capitol Rotunda in Washington and which the actors are staged to re-enact in “1776” is often captioned “July 4, 1776.”

Trumbull’s artwork actually shows the moment on June 28 when the Declaration drafting committee officially presented its work to  the chairman of Continental Congress. John Hancock, There never was a signing ceremony.

Nonetheless, July 4 has, for some reason, been an unusually felicitous and significant day in U.S. history. It would be difficult to pick another that carried so much history, even without being the chosen date to honor the nation’s founding. Three of the first five U.S. presidents died on July 4, with John Adams and Thomas Jefferson famously dying on that date within hours of each other in 1826, fifty years after….the Declaration was sent to the printer.

But July 4, 1803, was the day word arrived from Paris that the Louisiana Purchase was complete, having been signed by Napoleon.  Without it, the United States would have been a very different country, and a much weaker and poorer one.

July 4, 1863 also was the date Robert E. Lee acknowledged his defeat at Gettysburg after his desperate, risky, massed attack on the Union line across a fence-strewn field and up a grade into artillery fire failed. That defeat probably sealed the fate of the Confederacy, and meant that this unique nation would, despite a bloody close call,  have a new birth of freedom, and that government of the people, by the people, for the people, shall not perish from the earth. END_OF_DOCUMENT_TOKEN_TO_BE_REPLACED 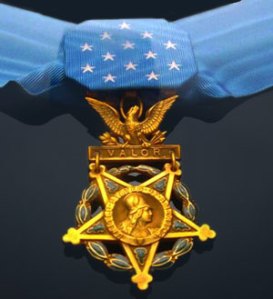 The Medal of Honor

Rep. Duncan Hunter of California, a Marine veteran who sits on the House Armed Services Committee, is leading an effort to loosen the standards being applied to the awarding of the Medal of Honor for combat in Afghanistan and Iraq.  In an Oct. 4 letter to Defense Secretary Leon Panetta, Hunter argued that Medals of Honor are being denied in cases where they appear to be well-deserved and that the process of approving awards takes too long. He asked the Defense Department to conduct a review of hundreds of such cases. “Properly recognizing these actions through the awards process is not just important to the individuals involved, but it is also essential to upholding the tradition of the armed forces and inspiring others to step forward,” Hunter wrote.

Great: now we have an advocate for heroism inflation. END_OF_DOCUMENT_TOKEN_TO_BE_REPLACED