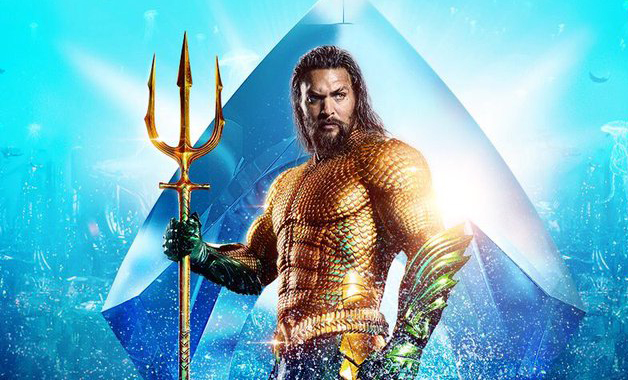 I noted just now, as we were debating the virtues of “Deadpool 2” in this post, that the New York Times savaged “Aquaman,” though it is shaping up as a huge hit with audiences.  Earlier this week, the Times reprinted excerpts from the original reviews of classic Christmas movies in its pages, showing how the Times’ arbiters of film quality had originally given a “thumbs down” to “It’s A Wonderful Life,” “White Christmas,” “A Christmas Story,” “National Lampoon’s Christmas Vacation,” and “Scrooged,” as well as some theoretical Christmas fare as “Die Hard,” and a personal favorite, the Christmas horror movie “Black Christmas.” (Pop Quiz: One director was responsible of two of the films mentioned above. Which two, and who?)

This raises an issue—again—that I have thought about often. Why should anyone pay attention to what a movie critic thinks? They are so far from typical viewers it’s ridiculous. They see too many movies; they see the same plots and devices over and over again. They develop powerful biases against performers, directors and whole genres. To take an example from the Christmas list: “Black Christmas” pioneered the mysterious serial killer movie, well before “Halloween,” and added some important tricks to the genre to come.  Most reviewers dismissed it as “too violent.” In other words, they would never see such a picture if they weren’t paid to do it. Slasher films, however, are not made for such individuals.

What movie is made for the people who hate that kind of movie? I’m pretty literate in film history, technique and direction, but I have no more business reviewing a super-hero film like “Aquaman” than a fish. Why should my opinion of a movie that I would never buy a ticket from dissuade someone who likes such films from buying one? END_OF_DOCUMENT_TOKEN_TO_BE_REPLACED 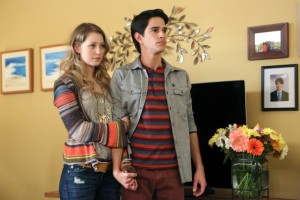 It’s rare to find an ethically offensive TV review, and doubtlessly difficult to write one, but the Washington Post’s Hank Steuver is obviously equal to the task. Wow. My review of his review of the new NBC sitcom, “Welcome to the Family”:

“Yechhh. How Do people end up thinking like this?”

Here is the relevant section of his review:

“My nominee for quickest and most punitive cancellation goes to this facile dramedy about two 40-something couples who must learn to get along because their teenage children — a boy who is a Stanford-bound valedictorian and a girl who is an unfortunate iteration of the clueless blonde stereotype — are suddenly expecting a baby and have decided to keep it. Or perhaps they’re being forced to keep it, because they live in some parallel America in which Roe v. Wade has been fully reversed, thus reducing at least one obvious solution to the dilemma. (Which would, of course, cut the premise off right there; I understand that the point of the show is the pregnancy.) The truth is, these kids do live in a parallel America, the imaginary land of network television, which hasn’t found a way to talk frankly about abortion in the half-hour comedy format since, I don’t know, “Maude”? I’m not at all opposed to the personal choices made by the characters in “Welcome to the Family,” I just wish they’d had the choice to make. The foregone conclusion in the pilot is galling, especially in the scene where the teenagers’ combative fathers are seen chasing after the girl, believing she’s about to get on a rollercoaster.The metaphor is quite blunt: Save the fetus at all costs! (And forget Stanford!)” END_OF_DOCUMENT_TOKEN_TO_BE_REPLACED

How I love critics…

This is a delicate one for me; the names have been omitted and details disguised to protect…well, for a lot of reasons.

Last week I posted about the mixed-gender version of “I Do! I Do!” I directed for The American Century Theater, which I co-founded and where I am the artistic director. The show met all my objectives and expectations, even surpassed them, and until today, all of the reviews have been raves.

Today, though, a non-rave came out on a local theater website. It is the kind of review I detest, where the standard of the critic is “why didn’t you do it this way? That’s what I would have done.” The answer to that is, bluntly, “Direct your own damn show, then.” Snap judgments from one-time viewers, even extremely sophisticated ones, about what they would do if they were the author, actor, director, or designer of a stage production—when if truth they never have been or could be—are inherently unfair, incompetent and also obnoxious. After considering and experimenting and testing various artistic approaches to any problem over months of preparation, meetings and  intense rehearsal with a large production and artistic team, any production deserves the respect of being assumed to have considered and rejected for cause other solutions, which for various reasons didn’t work.

This is not, of course, a professional reviewer, though a reader could only know that from the quality of the review. Among other tells, the critic misidentifies which performers sing what, and the whole concept of non-realistic sets seems to be alien to him: yes, dear, we could have afforded a four-poster bed; the director felt the show would be better without one, and in fact, it is. Okay, the reviewer is a boob: that’s fine; most theater reviewers are.  I would not make an issue about one sloppy and badly reasoned amateur review, because if I did, I’d be in a padded room.

However, after the review was published, I learned that our company had a prior experience with this reviewer: he had been on the crew of a show last year, and we had to fire him. In 17 years and over 80 productions, he is the only person to be fired from that particular job.

Your Ethics Alarms Ethics Quiz with a theatrical bent:

Does a critic who has a past relationship with a theater company whose production he or she is reviewing have an ethical obligation to disclose it as part of the published review? END_OF_DOCUMENT_TOKEN_TO_BE_REPLACED 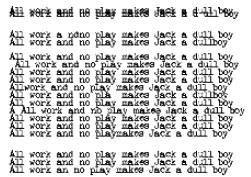 True, it was a lousy book, but at least the sentences were grammatical.

I have noticed of late a disturbing trend, the literary equivalent of those who play their car radios and sound systems at ear-splitting volume with the windows down, or youths who converse in shouts in public places. The trend is proliferation of the proud and unapologetic illiterates,  authors of e-mails, blog posts or even published material who regard the basics of punctuation, grammar, spelling and rhetoric as an annoying inconvenience, and who not only pay little heed to these archaic matters, but also display no regret about the barely readable products that result.

At this point, I am less concerned with why so many of those who communicate in writing are so shamelessly sloppy, and more interested in what the trend signifies for our society. Perhaps some insight can be gained by examining a recent exchange between a grammar and spelling-challenged novelist and a reviewer of her work on a book review blog called “Books and Pals.” END_OF_DOCUMENT_TOKEN_TO_BE_REPLACED

“Dear Mr. Marshall: Don’t you find it odd that in one post you condemn theater critics for coming to review a play uninvited, yet slam a restaurant owner who exposes the identity of a restaurant critic trying to review his establishment surreptitiously? Why are consumers served by secret food reviews, but not by secret show reviews? This is why people hate people like you.” END_OF_DOCUMENT_TOKEN_TO_BE_REPLACED

John Simon, long the toughest of American theater critics and undeniably the most erudite and eloquent writer among them, has launched a blog. His very first post is on an ethical issue: is it ever appropriate for a critic to review a Broadway show that is still in previews? 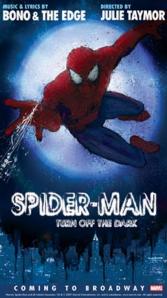 The issue has emerged because the much-anticipated and incredibly expensive Spiderman musical, Spiderman: Turn Off The Dark, has been engulfed in all kinds of intrigue since the very first preview: falling actors, injuries, malfunctioning sets and special effects, and most recently the surprise withdrawal of the show’s leading lady. A couple of critics, Jeremy Gerard of Bloomberg News and Linda Winer of Newsday could not resist paying for tickets and coming uninvited to performances, resulting in one diagnostic feature story on the production’s progress (by Winer) and one full, and not very complimentary, review by Gerard. Simon properly calls foul, describing the act of reviewing a show before its official opening as the equivalent “grabbing a dish from a restaurant kitchen before it is fully cooked, and then judging the meal by it.”

Exactly. The critics have their rationalizations ready, naturally. The musical is the most expensive in Broadway history. Is that a reason to suspend critical fairness? There is unusual interest in the show and its pre-opening travails. Should the degree of interest suspend long-standing critical standards? The usual excuse, also trotted out in this case, is that preview audiences are paying regular show prices—up to $300 a seat—to see the production right now. Isn’t this a case of “the public has a right to know” if the show is a stinker or not?

No, it isn’t. Broadway audiences know that previews are early glimpses of works in progress, and that is part of their appeal. The audiences for previews are part of the creative process, for how they react to a performance will help decide what stays and what gets cut. The prices they pay for the privilege of being Broadway guinea pigs are fair if they choose to pay them. END_OF_DOCUMENT_TOKEN_TO_BE_REPLACED

I would not have been able to resist giving the the Unethical Website title to Gizmodo [see previous post] unless there was a more typical candidate (as in “not criminal”) available. Thanks to a tip from Ethics Alarms quote-maven Tom Fuller, I give you Eater.com. It hasn’t stolen anything. It just sold out the interest of its own readers—lovers of fine foods and patrons of excellent restaurants—for a splashy feature destined to attract a flood of traffic, and to stick a knife in the backs of its competition. END_OF_DOCUMENT_TOKEN_TO_BE_REPLACED