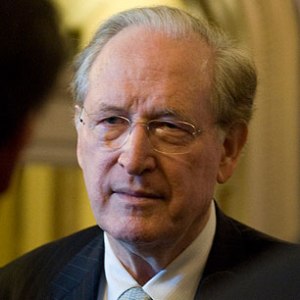 “It’s very important to take a long view at what’s going on here. And I’ll be able to dig up some emails that make part of the Affordable Care Act that doesn’t look good, especially from people who have made up their mind that they don’t want it to work. Because they don’t like the president, maybe he’s of the wrong color. Something of that sort.I’ve seen a lot of that and I know a lot of that to be true. It’s not something you’re meant to talk about in public, but it’s something I’m talking about in public because that is very true.”

—- Sen. Jay Rockefeller (D-WV), once again playing the race-card (he’s done it before) to impugn the motives of opponents of the Affordable Care Act and other Obama policy initiatives.

Frank Buckles is our last chance to remember...

They fought overseas in battles with strange names like the Meuse-Argonne Offensive. They sang charmingly upbeat songs like “Over There!” and “Inky-Dinky Parley-Voo.” A lot of them were gassed, about 200,000 were wounded, 120,000 died, and many of them who  came home were never the same, dubbed “the lost generation” by Ernest Hemingway. They were America’s “doughboys,” the young homegrown heroes of World War I, who arrived late to a pointless war they didn’t start, and became the first American soldiers to die in large numbers in foreign lands.

The last of them died last week. His name was Frank Buckles, and he had lied about his age to become a soldier at the tender age of 16. In his 110 years, Buckles took part in a lot of history, sailing for the Continent on the Carpathia, the very same ship that rescued the Titanic’s survivors; traveling the world by sea as ship’s purser, which afforded him an accidental encounter with Adolf Hitler, and having the bad luck to be in the Philippines when the Japanese invaded, ending up as a prisoner for most of World War II.

Sen. Jay Rockefeller (D-W.Va.), and Rep. Shelley Moore Capito, (R-W.Va.) have introduced resolutions to allow fellow West Virginian Buckles to lie in honor in the Rotunda of the U.S. Capitol, where the public could pay their respects to him by filing past his casket. Though usually reserved for former presidents and distinguished members of Congress, unelected American citizens of distinction have laid in state in the Rotunda, such as civil rights icon Rosa Parks and Gen. Douglas MacArthur.

Apparently Speaker of the House John Boehner doesn’t think Buckles makes the grade, for he has rejected the idea and decreed that the last World War I soldier in a special ceremony at Arlington National Cemetery, but not at the Capitol. END_OF_DOCUMENT_TOKEN_TO_BE_REPLACED