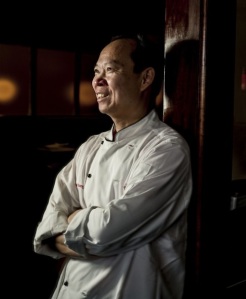 In my metaphorical back yard, a kerfuffle over whether Chinese restaurants should serve rice  in individual bowls or family style resulted in bad publicity for a burgeoning restaurant chain, a family rift, some lost jobs, and an internet controversy.

I almost missed the last part. Luckily, my issue scout Fred misses nothing.

A group of four diners at the Peter Chang restaurant in Arlington, Virginia included a man who had lived in Beijing, and he expressed  surprise when the obligatory steamed rice arrived at their table in one large bowl.  He asked, “‘Oh, you guys don’t serve them in individual rice bowls?'” The server told the group that when rice is served to three or more diners at Peter Chang, it comes in a large bowl.

After the former Beijing resident (later termed “the know-it-all” in the ensuing social media debates) noted that it was an odd choice, considering that personalized bowls  were the norm in China, the server then offered to bring individual rice bowls instead. The group declined.

Oh…for some reason, three of the four men were in plaid jackets. Believe it or not, this detail is relevant.

When the diners received their bill, they saw that it had insulting typed commentary on it as well:  “im a plad asshole” and “i have a small penis”: 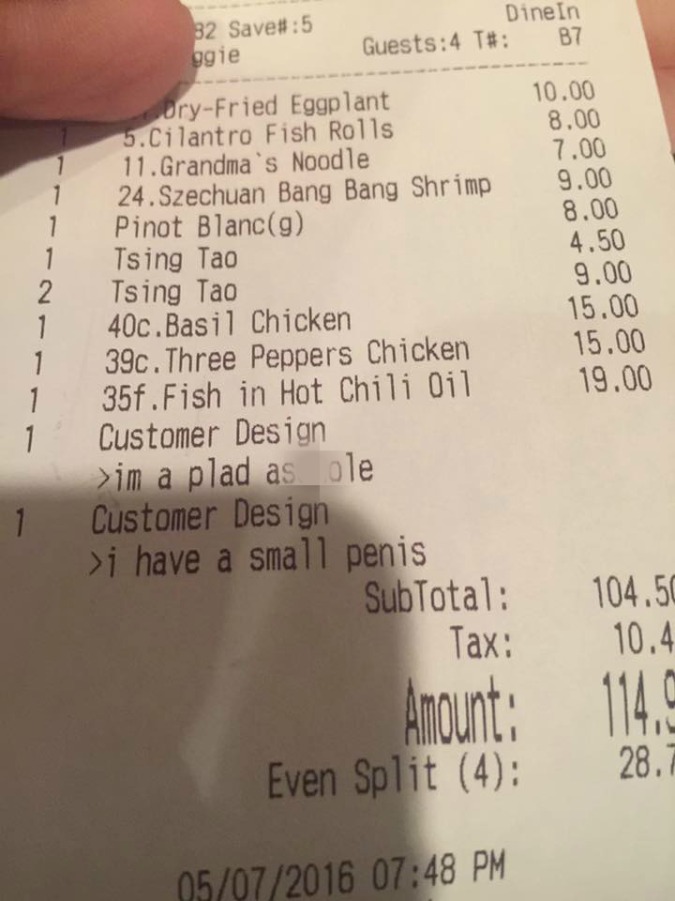 When they complained to the manager, he apologized and brought out the two servers responsible for the typed insults on the point-of-sale slip. One of the diners told the Washington Post that the manager and the server appeared embarrassed but not contrite. “It was just a joke” and “You weren’t supposed to see it” described their attitude, he said. END_OF_DOCUMENT_TOKEN_TO_BE_REPLACED