It is generally regarded as a sign of ethics, courage and character to take action “on principle.” In theory, this means that non-ethical considerations (like enrichment, power and popularity) are not the actor’s goals; making a statement for the enlightenment of society is. However, actions on principle can often be quixotic and even silly, causing greater damage, as well as wasting time and money, “on principle” than the message is worth. The folly was nicely illustrated in the ancient burlesque skit above known as “Pay the Two Dollars.”

The issue of how far it was reasonable to go “on principle” was recently explored, of all places, in the U.S. Supreme Court in the oral argument of the case Uzuegbunam v. Preczewski.

Chike Uzuegbunam, a student at Georgia’s Gwinnett College in Lawrenceville, was threatened with discipline under the school’s speech code that violated his and other student’s First Amendment rights. He sued the college but it quickly backed down, eliminating its speech restrictions and replacing them with one that allows students to “speak anywhere on campus and at any time without having to first obtain a permit.” State officials said the change made the case moot. A trial judge agreed, and the United States Court of Appeals for the 11th Circuit, in Atlanta, affirmed her ruling.

Uzuegbunam and his student supporters, however, felt strongly that an official declaration that their rights had been violated was important, and they appealed on the grounds that they should be able to pursue their case for nominal damages. This was the issue that got the case before SCOTUS.

END_OF_DOCUMENT_TOKEN_TO_BE_REPLACED 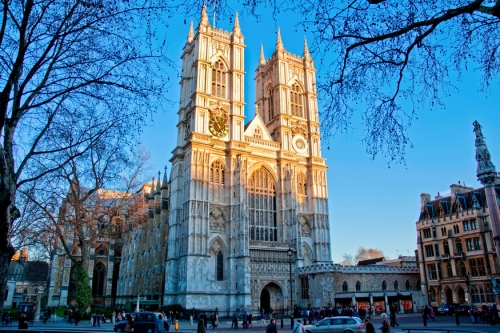 1. Is the concept that people and groups who have ugly or even essentially un-American beliefs and positions still ave the right to express them, advocate them, and do so without being attacked, and once attacked, have the right to defend themselves like any other citizen really so hard to grasp? Is it also controversial after all these years? Based on the echo-chamber garbage I’m reading on Facebook and on blogs like The Huffington Post, it would appear so.

2. I haven’t been following the Taylor Swift groping lawsuit, have you? I’m not sure it justifies following, though it does follow the path of campus sexual assault accusations. To summarize for those of you with higher priorities, pop superstar Taylor Swift was in the midst of a 2013 tour when  she hosted a meet-and-greet for fans in Denver. David Mueller, then a DJ for the radio station KYGO, came to the event and posed for a photo with Swift and his girlfriend. Here is the resulting photo, courtesy of gossip site TMZ: 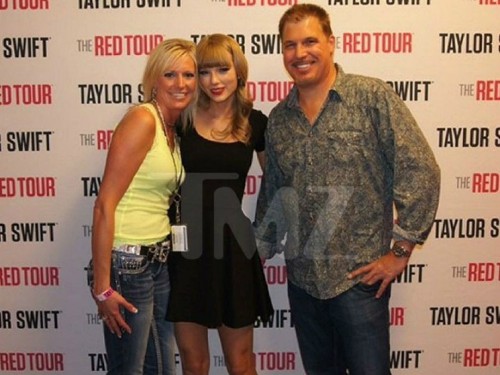 Swift said that Mueller reached under her skirt and molested her from behind. Her security team ejected the DJ and complained toMueller’s employer, KYGO, which fired him.. In 2015,  Mueller filed a defamation suit against Swift,  denying that he touched her intimately and demanding millions in damages for his lost job and sullied reputation. She has counter sued for a single dollar.

As with many sexual assault cases tried in a civil setting or by a university kangaroo court, this lawsuit will come down to who the jury believes, and the photo, which is the only evidence. (Mueller says that he recorded a two-hour phone call with KYGO the day after he learned of  Swift’s complaint, and had a copy of the audio file on his laptop and on an external hard drive, and his cell phone too, but he spilled coffee on and then lost the laptop, while the external hard drive inexplicably stopped working. Then he threw out the cell phone.  ( Sure. ) In its article about the case, Vox says,

“America has long had an unspoken understanding that famous women have no real right to bodily autonomy. Women in general aren’t understood to have much right to bodily autonomy in America: hence rape culture, hence comments about rape like, “if a man walked around with a suit made of $100 bills, he’d expect to be robbed, wouldn’t he?” that make women’s bodies analogous to money. But because fame already comes with diminished expectations of privacy, celebrity women are considered to be especially fair game.”

Fake history. I was certainly not taught this, nor did I “understand it” to be true. There are, and have always been, pig assholes who think like Vox describes, but they have been regarded as assholes for decades. This is feminist bigotry at work, stated as fact. As a civilized male who was raised to respect women and their bodily autonomy, I find the trope that all men, especially those on college campuses, are nascent rapists political propaganda of the most despicable kind, and not worthy of the seriousness accorded it by female Democratic Senators, publications like Vox, Obama’s Education Department and feminists.

My reading of the case is that Swift made the unfortunate but understandable choice of continuing to pose for the picture while this creep was fondling her butt, but that Mueller will have a difficult time proving defamation—the burden is on him, not her—and is likely to lose, not in small part because Swift, a trained PR whiz, was a spectacularly effective witness. ( Question from the plaintiff’s counsel: Why did your skirt look undisturbed in the photo if my client had his hand under it as you claim?  Swift: “Because my ass is located in the back of my body.” END_OF_DOCUMENT_TOKEN_TO_BE_REPLACED

Perhaps, if you don’t follow pop music, you managed to miss the long, long ongoing drama of singer Kesha’s (formerly “Ke$ha”—I know, I know… ) legal efforts to get out of her recording contract with  Sony and producer Dr. Luke, (Lukasz Gottwald) who has produced hits by other artists like Katy Perry, Rihanna, Pitbull and Miley Cyrus. It isn’t over, but the unethical caterwauling by Kesha and her supporters both in and out of the industry is deafening.

Kesha Rose Sebert was 18  and an unknown singer from Nashville  when she signed a five or six (I have read both)  album contract with one of Dr. Luke’s recording companies in 2005. It took five years, but the producer’s faith in her paid off when Tik Tok became the No. 1 song in the country. Kesha released two albums in the next two years, but none since 2012.

In October 2014, Kesha’s legal team sued Dr. Luke for alleged sexual assault and battery, sexual harassment, gender violence, emotional abuse, and violation of California business practices since the beginning of their business relationship. The lawsuit claimed that Dr. Luke had  drugged her, raped her while she was drugged,  and also tormented her to the point where Kesha developed an  eating disorder that eventually required medical attention. Kesha asked that the court let her out of her exclusive recording contract because, as she put it in a sworn affidavit, “I cannot work with this monster.”

Dr. Luke, not appreciating being branded a rapist, filed a countersuit against Kesha and her attorneys for defamation, and accused her, her mother, and her management of fabricating the abuse claims to break her contract with him and his partner, Sony. Last November, Dr. Luke asked the judge to dismiss Kesha’s allegations of sexually abusing her. END_OF_DOCUMENT_TOKEN_TO_BE_REPLACED

Two habitual bad actors in the world of entertainment apologized this week, for similar reasons and with equivalent credibility.

First, baseball slugger Manny Ramirez issued an apology to his former team once removed, The Boston Red Sox, for forcing the team to trade him in the middle of the 2008 pennant race because Manny was faking injuries, refusing to hustle during game, assaulting employees, and poisoning team morale and discipline. “I think everything was my fault,” Ramirez said. “You’ve got to be a real man to realize when you do wrong. Hey, it was my fault, right? I’m already past that stage. I’m happy. I’m in a new team,” Manny told reporters. He was with a new team, all right: the Dodgers, his previous team, let him go to the Chicago White Sox for nothing because, well, he was faking injuries, dogging it in the field…same act, different stage. So what was the apology about?

Manny, or more likely his agent, realizes this most recent break with a team as the result of his habitually juvenile and unprofessional attitude might cost him a lot of money at contract time—Ramirez is a free agent after all. So contrition was called for—two full years after he laughed off any suggestions that he was at fault for the Boston debacle, and proved that he had been loafing on the field by playing in L.A. like he was on fire. This isn’t an apology; it’s damage control, and thus is a deceitful and dishonest apology that has nothing whatsoever to do with genuine regret. The big tip-off is that Ramirez felt he had to explain why his apology was so admirable. Yes, Manny, you have to be a real man to admit you’re wrong; a real jerk to fake an apology to fool a future employer into believing that you’ve turned over a new leaf, and real fool to believe anyone will fall for it.

Then there is rapper Kanye West. END_OF_DOCUMENT_TOKEN_TO_BE_REPLACED

Welcome to the first annual Ethics Alarms Awards, recognizing the best and worst of ethics in 2009! These are the Worst; the Best is yet to come. END_OF_DOCUMENT_TOKEN_TO_BE_REPLACED

“”Mamas don’t let your babies grow up to be Kanye,” they sang. “Let them pick guitars and drive them old trucks, ’cause cowboys have manners,they don’t interrupt..”

Country Music Award show hosts Brad Paisley and Carrie Underwood,  in a parody of the song, “Mamas, Don’t Let Your Children Grow Up to Be Cowboys,” giving a much-deserved shot to rapper Kanye West for disrupting  Taylor Swift’s acceptance speech at the MTV awards.  Swift also was  a big winner at the CMA’s, but West was nowhere to be seen.