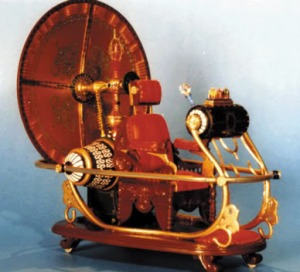 You know that quote time machine that politicians keep using? It doesn’t exist. Stop letting them act as if it does.

We have a growing mass of public figures in politics and government who increasingly communicate in sloppy, vague, hyperbolic and ambiguous language and assume that they can wait and see how the public reacts to it before they, their spokespersons, defenders, enablers or friendly pundits need to clarify what they “really meant.”

Well, the hell with that.

Communication precision is more crucial than ever in the new, technology-driven public media, when tweets can be circulated to millions within minutes, and on-camera statements live on YouTube forever. This habit of allowing influential figures to spout lies, nonsense , smoking gun revelations about their character and worse and then insist on a do-over when they are called on the obvious meaning of their own words must stop. Among other things, it appears to be killing the little switch in the brains of these people that is supposed to stop human beings from saying stupid things before they say them. That switch goes by the name Prudence, which  encompasses common sense, respect, responsibility, restraint, honesty in communication, and more. We should want our leaders to have that switch working perfectly. Unfortunately, most of our most prominent leaders and would-be leaders appear not to have a functioning switch at all. END_OF_DOCUMENT_TOKEN_TO_BE_REPLACED

The above New Year’s Day tweet was issued by Republican Presidential hopeful Carly Fiorina, now campaigning in Iowa for February’s caucuses, as Stanford and Iowa prepared to do battle in the Rose Bowl. (It was a rout: Iowa got clobbered.)

Fiorina is a  Stanford alum, and the tweet backfired, it seemed, with many on Twitter finding the tweet revealing, and not at all in a good way.

Are there any plausible translations of the tweet that reflect well on Carly’s character? Let’s see: END_OF_DOCUMENT_TOKEN_TO_BE_REPLACED