Although its tone is unfair and though it’s subject has fallen right into lock-step with the enemies—yes, “enemies” is fair at this point—of the President and the democracy he represents—the New York Times has a revealing story about the kind of immigrant the nation should welcome and pronounce exemplars for the process.

Nasrin Sheykhi is a 29-year-old  Muslim woman who was able to come to the U.S. despite the travel ban because she earned what is known informally as an “Einstein visa,” the EB-1A visa, the government will issue to foreign citizens have “extraordinary ability” in such fields as science, education and the arts, and who want to come here. Sheykhi is a political cartoonist and satirical artist, and before her green card was dry, began mocking President Trump and insulting Melania. I don’t think that’s a particularly shrewd course from a supply and demand perspective, but never mind: she’s welcome here, and enhances the nation, as does any immigrant who come legally and has something to contribute.

It is interesting that the so-called travel ban didn’t stop Sheykhi , which is as it should be. From the Times story: END_OF_DOCUMENT_TOKEN_TO_BE_REPLACED

The Supreme Court properly and ethically  killed the burgeoning liberal judicial theory that different Presidents have different restrictions on how they can exercise established Presidential powers. The majority in in the just announced decision in Trump v. Hawaii conclusively struck down a Hawaii judge’s ruling that Trump’s hostile comments about Muslims on the campaign trail rendered his travel restrictions unconstitutional, while a similar measure ordered by a nice President for the right intuited reasons would be presumably acceptable. This seemingly partisan ruling required substituting mind-reading for the President’s stated reasons for the Executive Order, and would have established a terrible precedent in a number of areas.

Sadly, this was another 5-4 ruling where the Court seemed to divide along ideological lines. However, since it seems clear that the five conservatives would have ruled the same way no matter which party’s President had issued the order, while the liberal bloc was indulging “the resistance” with a “Trump is special” approach, only one side of the political divide appears to have left integrity and and objectivity in their spare robes. Many, many commentators around the web have noted that this should have been a 9-0 decision, and that the political bias of the Hawaii decision was flagrant from the start. I agree. The President’s authority in this area is clear and unambiguous.

Writing for the majority, Chief Justice John Roberts wrote that the government “has set forth a sufficient national security justification” for its action. “We express no view on the soundness of the policy,” Roberts added.

More, from the holding: END_OF_DOCUMENT_TOKEN_TO_BE_REPLACED 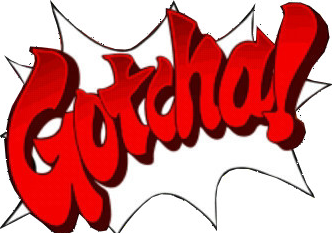 Speaking of the context in which the Solicitor General made a verbal gaffe that would have been ignored had his brief not supported Trump policy, slickwilly reflects on one of the most peculiar of the new standards Democrats and progressives are attempting to apply to this President when they would have considered parallel efforts with Democratic White House occupants laughable.  This the argument that President Trump’s often hyperbolic campaign verbiage must be regarded as permanent and unrepealable statements of deeply held motives, intentions and beliefs.

Here is slickwilly’s Comment of the Day on the post,“Gotcha!” Ethics (Or The Absence There-Of): The Solicitor General Misspeaks:

The assertion was the later words could not negate things said while campaigning, in other words, campaign rhetoric and promises. This is a peculiar stance to take: politicians say things all the time that are rhetoric, hyperbole, misstatements, partial truths, and outright lies.

(Not to mention that if EVERY POLITICIAN were held to this standard, we would not have any left.)

Immediately, the shameless agents of “the resistance” in the blogosphere, cyberspace and the mainstream media leaped on the gaffe with the enthusiasm of jackals encountering  fresh carrion. Here is a typical example, from ThinkProgress:

“In Francisco’s defense, this is probably a slip-up. He probably meant to say that Trump has praised Islam as one of the greatest religions of the world. But still, it’s a slip-up that seems more likely to happen if you truly believe that Muslims are all the same. “

Now the accusation is that Francisco thinks “all Muslims are the same”? Morons! The Solicitor General doesn’t argue his personal beliefs or positions, but the government’s. Moreover, Francisco isn’t “Trump’s lawyer” as this consistently dishonest and rapidly partisan cyber-rag claims, but the United States of America’s lawyer. This is ThinkProgress taking the typical, current, Angry Left position that anyone who works for the Administration must also hold the parody of its alleged beliefs the “resistance” claims in its propaganda and fearmongering. ThinkProgress has no idea what Noel Francisco thinks about Muslims or Islam. Lawyers are not their clients, Francisco isn’t Trump, and Trump never said that Islam is “one of the greatest countries of the world.” What he said, in a 2017 speech in Saudi Arabia that was intentionally conciliatory to Islam,

“The Middle East is rich with natural beauty, vibrant cultures, and massive amounts of historic treasures. It should increasingly become one of the great global centers of commerce and opportunity.This region should not be a place from which refugees flee, but to which newcomers flock. Saudi Arabia is home to the holiest sites in one of the world’s great faiths…”

Francisco’s mistake in oral argument was absolutely meaningless, trivial, and without consequence. No Justice corrected it, because they all knew what Francisco meant to say, and also because most of them have probably done worse.  The actual quote he referred to was probably in his brief. Yet this arrogant and vicious cabal of progressive scolds nonetheless piled on, to embarrass Francisco, to attack the President, to throw their petty tantrum because they are going to lose on this issue, as they should , as they always should have. Now they will move on to their next effort to make governing as difficult as possible for the elected President, and as painful as possible for those who serve the nation along with him.

As I just wrote to a commenter on Ethics Alarms who debased himself by raising Francisco’s slip of the tongue, an oral argument before the nation’s highest court is incredibly stressful. The most brilliant, most prepared, most composed lawyers frequently stumble and stutter when they are under that microscope. Anyone who mocks a lawyer who makes a mere verbal miscue while broiling under a harsh professional spotlight with such massive stakes—as all Supreme Court cases have–is displaying ignorance, being a jerk, or both. END_OF_DOCUMENT_TOKEN_TO_BE_REPLACED

1. Wake up with President Trump! By sheer chance, I surfed by Fox and Friends just as the three goofs (or two goofs and a random blonde from the stable in a tight party dress) on the sofa were having a spontaneous phone interview with President Trump, just like in the good old days in 2015, when CNN and NBC let the crazy old reality star and eccentric real estate mogul blather on while they smirked and nodded because it was great for ratings and  might even saddle the evil Republican Party with a Presidential candidate that Hillary Clinton could squash like a bug, finally leading to the Great Progressive Awakening in America, with open borders, no more guns, free college, a ban on fossil fuel, and Harvey Weinstein as a White House regular.

Why can’t the English teach their children how to speak?
This verbal class distinction, by now
Should be antique
If you spoke as she does, sir
Instead of the way you do
Why, you might be selling flowers, too!

An Englishman’s way of speaking absolutely classifies him
The moment he talks he makes some other Englishman despise him! END_OF_DOCUMENT_TOKEN_TO_BE_REPLACED

“We are all acutely aware of the enormous controversy and chaos that attended the issuance of the Executive Order. People contested the extent of the national security interests at stake, and they debated the value that the Executive Order added to our security against the real suffering of potential emigres. As tempting as it is to use the judicial power to balance those competing interests as we see fit, we cannot let our personal inclinations get ahead of important, overarching principles about who gets to make decisions in our democracy.

For better or worse, every four years we hold a contested presidential election. We have all found ourselves disappointed with the election results in one election cycle or another. But it is the best of American traditions that we also understand and respect the consequences of our elections. Even when we disagree with the judgment of the political branches — and perhaps especially when we disagree — we have to trust that the wisdom of the nation as a whole will prevail in the end.”

The opinion denounced the panel’s ruling as a “clear misstatement of law,” and stated that the five, constituting a larger number of judges than the three judge panel whose contrary holding was described as a “unanimous” 9th Circuit decision, had an”obligation to correct” it for the record.

“We are judges, not Platonic Guardians. It is our duty to say what the law is, and the meta-source of our law, the U.S. Constitution, commits the power to make foreign policy, including the decisions to permit or forbid entry into the United States, to the President and Congress,” the five judges stated.

Currently, the President’s revised order is held up by an even more widely criticized temporary restraining order issued by  U.S. District Judge Derrick K. Watson. As well as following many of the same lines of activist judicial reasoning the five judges criticized in their dissent, Judge Watson’s opinion heavily relies  on the campaign rhetoric of President Trump and statements by  chief aide Stephen Miller in TV interviews. This means, as several critical legal experts including Alan Dershowitz  have pointed out, that the exact same order, if issued by Barack Obama, would not have been blocked, and would have been found Constitutional.

“when the executive has exercised its authority to exclude aliens on the basis of a facially legitimate and bona fide reason, the courts will neither look behind the exercise of that discretion, nor test it by balancing its justification against the First Amendment 11 interests of those who seek personal communication with the applicant.”