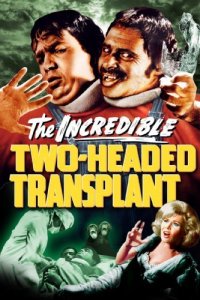 I adore stories that clarify ethical distinctions, and this is the third one we’ve had recently. First we had the classic “Awww! Factor” case of the Down Syndrome cheerleader. Then, close on its heels, we got “Downton Abbey’s” finale, which illustrated the ethics fallacy of Consequentialism as deftly as any textbook.

Now we have the startling report of impending head transplants:

The world’s first attempt to transplant a human head will be launched this year at a surgical conference in the US. The move is a call to arms to get interested parties together to work towards the surgery.

The idea was first proposed in 2013 by Sergio Canavero of the Turin Advanced Neuromodulation Group in Italy. He wants to use the surgery to extend the lives of people whose muscles and nerves have degenerated or whose organs are riddled with cancer. Now he claims the major hurdles, such as fusing the spinal cord and preventing the body’s immune system from rejecting the head, are surmountable, and the surgery could be ready as early as 2017.

Canavero plans to announce the project at the annual conference of the American Academy of Neurological and Orthopaedic Surgeons (AANOS) in Annapolis, Maryland, in June.

Predictably, this news prompted a wave of “Futurama” jokes and bad puns. It also prompted dozens of hysterical stories online and in print pronouncing the yet-to-be performed operation as “a terrible idea” and obviously unethical. A Daily Beast “expert” with the trust-inspiring name “Docbastard” condemned the practice with this wisdom:

That’s the funny thing about ethics—it may be impossible to say why something is wrong, but can be easy to see that it isn’t.

Yeah, that is funny. It is also false, and incredibly stupid. If one cannot say “why” something is wrong–you know, things like interracial marriage, interracial adoption, homosexuality, gay marriage, plastic surgery, income tax, integration, eating meat on a Friday…gee, let’s see how far back into cultural history we need to go to get the list up to a thousand! My guess: no further than 1900, if that far—there’s an excellent chance that it only seems wrong because 1) nobody’s bothered to analyze it thoroughly and objectively, and 2) the Ick Factor, which is when we mistake strangeness, shock and surprise, all visceral, emotional reactions, for ethics.

Let’s actually think about the “Doc’s” provocative questions about the theoretical procedure that he seems to think clinch the argument that head transplants are “easy” to identify as unethical. He writes, END_OF_DOCUMENT_TOKEN_TO_BE_REPLACED