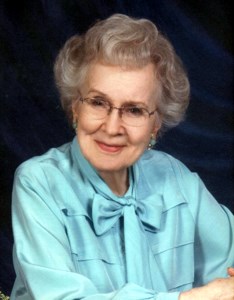 Yesterday I attended the funeral of Vivian Landis, mother of my long-time friend Lise Landis. Vivian was 98 years old when she died, and by all accounts had a wonderful and rewarding life. She also played a big part in mine, by doing what she apparently did routinely: being kind.

Mrs. Landis, along with her late husband Paul, were, by sheer chance, placed in the position of being the Chaos Theory butterfly in the Amazon jungle that causes a momentous chain of events by flapping its wings. They exemplify to me why it is vital for all of us to strive to live using ethical values. We have often no idea what the results will be, but the odds are they will be more good than bad.

In 1972, I had been rejected by all of my choices for law school, though I had been wait-listed at Georgetown. However, it was August, the fall semester was looming, and no word from Washington, D.C. had reached me. Discouraged but resigned, I said the hell with it, and resolved to take a year off, perhaps to craft my thesis on character and the American Presidency into a book. In the meantime, I decided to join my parents and sister on what bid fair to be our last family vacation. Dad had planned one of his typical forced marches, this one through Reno, Sequoia National Park, Yosemite, San Francisco, and Seattle.

I was having a great time, relaxing, enjoying the sights, when a ranger tracked us down on the Yosemite canyon floor. Our next-door neighbors in Arlington Mass. had sent a telegram forwarding a Georgetown telegram to the Marshall homestead: a slot for me had just opened up in the 1975 Class, but to claim it, I had to be at the Law Center to register Monday morning—and it was Sunday. And I was in California.

I wasn’t even sure I wanted to go to law school at that point, but my dad was determined that I should take the opportunity. We cut short our Yosemite visit and drove to San Francisco, where I was deposited on a red-eye to Dulles. I had few clothes, and knew nobody in the District of Columbia or anywhere near it. Somehow, I was assured, my family would have a plan for me by the time I arrived. I was to call their hotel in Frisco once I had registered. END_OF_DOCUMENT_TOKEN_TO_BE_REPLACED