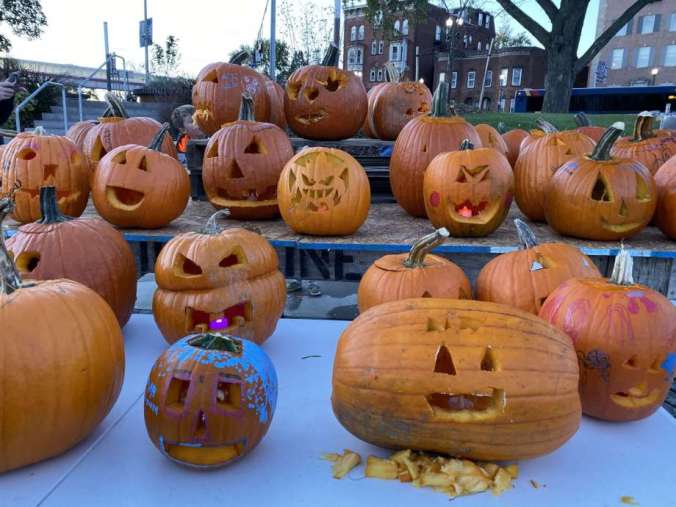 Today marks the birthday of my younger sister, whom I have referred to here frequently. Growing up with her and following her life and career imbued me with an early and ongoing appreciation of the effects of sexism and pro-male bias in society, and I’m indebted to her for that. She has always equaled or surpassed me in ability and enterprise, yet often watched me receive more credit or praise for the same things she could do and did without similar acclaim. I know she resented me for that (probably still does—she won’t read Ethics Alarms, for example), and it frequently bruised our relationship over the years. She also taught me about moral luck: in general, I have been persistently  lucky, and she has not, and the difference was so evident that I learned very early in life not to congratulate myself for how the dice fell. She is finally happy in retirement, is about to welcome the first grandchild for this generation of Marshalls, her two adult children are healthy and prospering, and her beloved Nationals just forced a Game 7 in the World Series. She will have a happy birthday. Good. She deserves it.

1. Tales of the double standard, and the imaginary double standard. MSNBC and much of the progressive noise machine has decided to paint Rep. Katie Hill as a victim of a “vast right wing conspiracy,” in Hillary’s immortal phrase, and a vicious husband. If he indeed was the one who shared the salacious photos of Hill involved in various sex acts,  vicious he certainly is. But how can anyone say, as lawyer Carrie Goldberg does, that  “Katie Hill was taken down by three things: an abusive ex, a misogynist far-right media apparatus, and a society that was gleeful about sexually humiliating a young woman in power…None of those elements would be here if it were a male victim. It is because she is female that this happened’? Nonsense, and deceptive nonsense.

Hill resigned because a House ethics investigation was underway regarding her admitted sexual affair with a Congressional staffer and an alleged affair with her legislative director. She was not going to be kicked out of Congress for either or both; she probably resigned in part because she knew the investigation was going to turn up more and worse. The Naked Congresswoman Principle also played a part, as I discussed here. Does anyone really believe that equivalent photos of a male member of Congress displaying his naughty bits in flagrante delicto (my late, great, law school roomie loved saying that phrase) with both sexes would be shrugged off by his constituents and the news media? Who are they kidding?

Hill was arrogant and reckless, and is paying the predictable price, though she was not smart enough to predict it. Trail-blazers—I’m not sure being the first openly bi-sexual member of Congress is much  of a trail to blaze, but never mind—are always under special scrutiny and have to avoid scandal at all costs. Did Hill ever hear of Jackie Robinson? Allowing those photos to come into existence showed terrible judgment; using her staff as a dating resource was hypocritical for a member of the  #MeToo party and workplace misconduct too.

The fact that she is being defended tells us all we need to know about the integrity of her  defenders. END_OF_DOCUMENT_TOKEN_TO_BE_REPLACED