The Southern Poverty Law Center says this is a photo of music loving neo-Nazis. Terrifying.

White nationalists were planning on having a music festival meet-and-greet at the Joppatowne, Maryland Memorial VFW Post 5838 on St Patrick’s Day.  The 11th annual event (yes, there are Nazi music festivals…) was announced on Stormfront.org, and coordinated by Baltimore area far-right record label Label 56, which distributes  skinhead music, CDs, videos, and other white supremacy merchandise.  More about the record label:

It’s Going Down ( or IGD) describes itself  as

“a media platform for revolutionary anarchist, anti-fascist, and autonomous anti-capitalist and anti-colonial movements. We publish original content alongside anonymous submissions and repost articles from other websites which share our perspectives. We do not and have not called for events. Our news network is made up of friends and comrades across so-called North America whose mission is to uplift and build capacity for a wide range of social struggles by providing news and analysis of when it goes down: riots, strikes, sabotage, occupations, expropriations, rebellion, revolt, insurrection. Whether together or alone – we support liberatory revolt.”

It sent out an alert titled “Shut Down Neo-Nazi Music Fest at VFW Hall”:

This event is indicative of the rise of white supremacism and the growing organizational capacity of the far-Right nationally. The Ku Klux Klan, and specifically the East Coast Knights of the True Invisible Empire, have been distributing flyers locally in Ellicott City, Towson, and Bel Air, and as far away as North Carolina. It is important to oppose the increasing Neo-Nazi presence together. Time is of the essence. The Mid-Atlantic General Defense Committee (GDC) is monitoring developments in Maryland and working with at-risk communities to respond as they emerge. The GDC encourages everyone to get involved in taking an active stance now.

The complaints and threats from IGD and other allied groups were successful in getting the VFW to cancel the event. END_OF_DOCUMENT_TOKEN_TO_BE_REPLACED

“Anyone who would hire this lawyer is evil! EVIL!!!”

“…What if he’s hired for a government job?”

This is a great question, and I’m going to bedevil the lawyers in my upcoming ethics seminars with it. It’s not a hard question, though.

What prompted the question was this post on the Southern Poverty Law Center (SPLC) website, which attempts to use guilt by association and classic McCarthyism tactics to smear the City of Baltimore because of what the lawyer defending it in a law suit believes. The SPLC—which itself often resembles a hate group–writes, END_OF_DOCUMENT_TOKEN_TO_BE_REPLACED 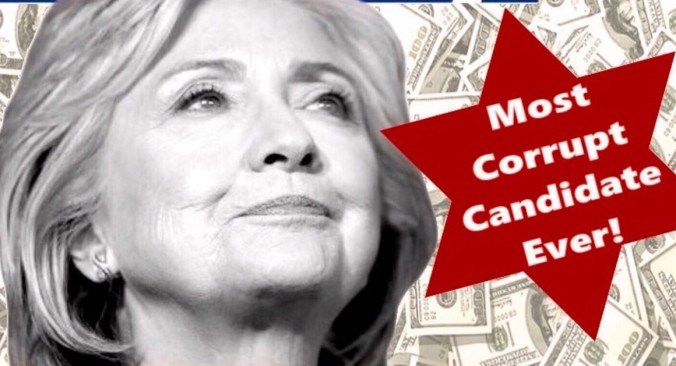 This is either a revolting outrage or shocking incompetence.

Social media critics, Democrats, Jews here and in Israel and journalists who enjoy interpreting every Trump communication in the worst possible light were (and are) foaming with anger and indignation over the above re-tweet by The Donald, whose long-used press nickname is on the way to being officially changed to “The Lunkhead.” In case you are as insensitive and ignorant as he apparently is, that’s six-pointed star in the graphic, superimposed on a background of cash and referencing Hillary’s corruption. The six-pointed star, the Star of David, is associated with the Jewish people, culture and faith. When one links that symbol to money and corruption, you have the classic elements of anti-Jewish hate and bigotry. Here is a sampling of the online commentary on what some pleasantly refer to as Trump’s latest “unforced error”: The Verge, The American Spectator, The Atlantic, Hot Air, RedState, Raw Story, The Times of Israel, Gothamist, CBS New York, Mediaite, Little Green Footballs,  and ThinkProgress. END_OF_DOCUMENT_TOKEN_TO_BE_REPLACED