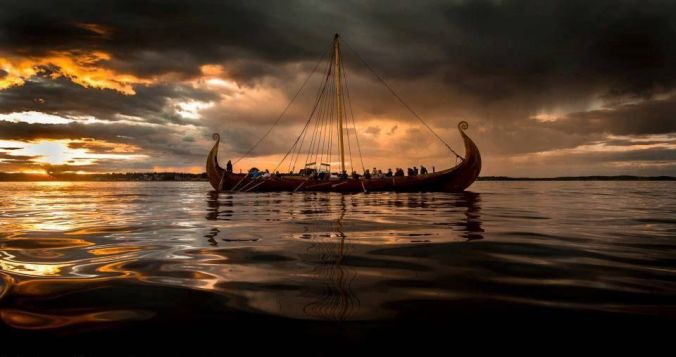 Yeah, I know smorgasbord is Swedish and god ettermiddag is Norwegian. I just woke up feeling Scandinavian today. I even had a Danish for breakfast…

1. Trump Tweets. Our President’s petty and juvenile tweets insulting Maxine Waters’ IQ and Senator Elizabeth Warren’s Native American fantasy are so obviously self-destructive, necessary and irresponsible. Why why why? These outbursts are literally like the President of the United States going on the roof of the White House and screaming, “You’re all poopy heads!”

Who needs to be told that Waters is an idiot? Res ipsa loquitur applies, and anyone who thinks she is the voice of wisdom and moderation is beyond helping.  Trolling Warren by offering her a million dollars to get a DNA test is even more idiotic. Her fake claims of Cherokee heritage already have frozen her political ambitions, and she knows it.  If the Senator is not eager to take the test for free (Does anyone smarter than Maxine Waters believe she hasn’t taken such a test?), why would she do it for money? And Warren doesn’t need a million dollars: like most socialists in power, she’s rich already. It’s this kind of thing that drove George Will, William Kristol and Jeff Flake nuts.

2. Proof that the New York Times has also lost it. Here’s an inflammatory quote from yesterday’s editorial from the New York Times editorial board, in a screed urging Democrats to use any means necessary to block the President from appointing whomever he wants for the Supreme Court—you know, like the Constitution says he can:

“This is all the more reason for Democrats and progressives to take a page from “The Godfather” and go to the mattresses on this issue.”

Nice. This is a direct call to violence and literal warfare. I assume the Times editors have seen “The Godfather.” Don Corleone’s Family went “to the mattresses” when it started a gang war.

I hope Americans realize the values it will be voting for when they decide to put the New York Times’ editors’ chosen party back in power. Hint: it’s not democracy.

Since November 2016, Democrats and their allies have been courting revolution because they didn’t like the way the election turned out. No matter how loathsome the Republican Party has shown itself to be, it has never done that. END_OF_DOCUMENT_TOKEN_TO_BE_REPLACED

Welcome to the Wisconsin Supreme Court!

“Are any of the newspaper asking for them to step down? People have very serious disputes and their whole lives depend on decisions on the Supreme Court, and this isn’t fair to the people. Are newspaper editors saying they got to go?”

—-Fox News Host Greta Van Susteren, asking Milwaukee-Journal Sentinel reporter Jason Stein why the Wisconsin news media has not demanded  the removal of Justice David Prosser and  Justice Ann Walsh Bradley or both, since by all accounts they turned ideological differences into a physical altercation in chambers. The reporter ducked the question, and blamed it all on Gov. Scott Walker, thus taking “missing the entire point” to art form status.

Van Susteren is not only right, but obviously right. END_OF_DOCUMENT_TOKEN_TO_BE_REPLACED 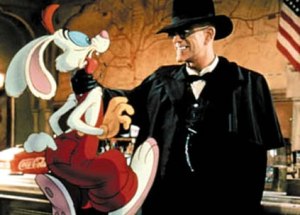 When a judge acts like this, there's a problem with the court.

In the story linked here, you can read about the controversy between a liberal, female justice on the Wisconsin Supreme Court who says that a conservative, male justice attempted to choke her, and the male justice, who claims she attacked him. There is more outrageous behavior described as well, including threats, and epithets like “bitch” being used.

I don’t care who did what, or what the facts are.

The conduct of the whole Wisconsin Supreme Court is a disgrace. END_OF_DOCUMENT_TOKEN_TO_BE_REPLACED

He's only 14. Could he really be irredeemable?

The Wisconsin Supreme Court has upheld a life sentence for a man who helped throw a boy off a parking ramp when the prisoner was only 14 years old. At issue was whether sentencing someone to life imprisonment without parole for a crime committed at such a young age was prohibited by either the U.S. or the Wisconsin Constitution. The Court ruled not, finding that no national consensus has formed against such sentences.

I can accept that this is the proper legal standard, and that the decision may be correct regarding the law. It is also ethically wrong.

All such problems involve line-drawing and its well-known slippery slopes: if a 19-year old can be sentenced to jail forever, how different is an 18-year-old? 17? 16? Before you know it, we are sentencing 6-year-olds to life imprisonment. We do not have to fall into that trap, however, to declare that it is unethical, though legal, to sentence a 14-year-old boy to an endless jail term. Why? The sentence lacks compassion, mercy, proportion and common sense.

Certainly the crime was a horrible one. Omer Ninham was convicted of first-degree intentional homicide for his role in the death of 13-year-old Zong Vang  in 1998. Ninham and four others between the ages of 13 and 14 accosted the boy  as he was riding his bike home from the grocery store. Ninham and another member of the group teased Vang, punched him, and when Vang ran into a nearby hospital parking ramp, assaulted him on the top floor. Ninham and a friend seized Vang by the wrists and ankles, and as Vang screamed for help, threw him over the edge. He fell five stories, and hit the ground “like a wet bag of cement hitting the pavement,” as a witness put it. Two years later, when Ninham was 16, a judge sentenced him to life without parole. END_OF_DOCUMENT_TOKEN_TO_BE_REPLACED