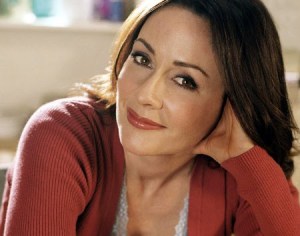 Twitter, I have concluded, is itself an ethics trap. What the social networking site allows one to do is to take the usual, daily, routine moments of bad judgment, bad manners, carelessness meanness, incivility, indiscretion and stupidity that we all are guilty of on a regular basis, and magnify their perceived harm and significance exponentially. For the famous, this is especially perilous—witness “Everybody Loves Raymond” star Patricia Heaton, one of Hollywood’s few  open conservatives. She decided to join the Fluke-Limbaugh Ethics Train Wreck with a snotty tweet (“If every Tweaton sent Georgetown Gal one condom, her parents wouldn’t have to cancel basic cable, & she would never reproduce — sound good?”), and it has turned into a career crisis. Pre-Twitter, such a sentiment could have been shared orally with a few friends in snark-fest, or sent as an e-mail to a few trusted associates. But the tweet was viewed as piling on, which it was.

Even the non-famous are at risk: many women were outed on various blogs as idiots for tweeting after the Grammys how much they would like to be beaten up by Singer Chris Brown. Nobody knows when a badly thought out or offensive tweet will be re-tweeted into immortality. Then there is Twitter negligence. Pop idol Justin Bieber just engaged in that form of unethical Twitter conduct. Instead of sending a partial phone number to one friend, he sent it to all of his thousands of followers, who then drove a poor innocent crazy by flooding him with over 1000 phone calls.

Here’s one account of the damage done by the “five costliest tweets” (yes, Weiner is on it.) They encompass irresponsible conduct, creepy conduct, conflicts of interest and loyalty, bad judgement, indiscretion, deception and more. In most cases, there would have been little or no damage if the conduct had taken place without Twitter.

That tells me that simply by using your twitter account, you are in a an ethics danger zone where the faint ringing of an ethics alarm should be detectable at all times. Twitter isn’t unethical, but it makes it easier to do unethical things on a grand scale.