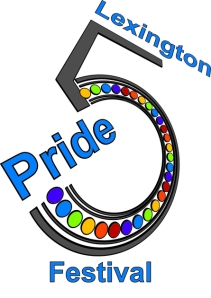 Hands On Originals is a T-shirt company in Lexington, Kentucky that is now under fire for refusing the business of the Gay and Lesbian Services Organization, which organizes Lexington’s annual gay pride festival every June. The organization wanted to print up some T-shirts, and the company told them to take their business somewhere else. The reason: the T-shirt company is a “Christian organization”, and the owners don’t want to assist in promoting a message that goes against their religious beliefs.

The Gay and Lesbian Services Organization filed a complaint, and now there will be an investigation to decide whether this violates Lexington’s Fairness Act, which protects people and organizations from discrimination based on sexual orientation or gender identity. Lexington’s mayor has weighed in against Hands On, and boycotts against the company and the closely related company Wildcat Wearhouse have been threatened. Meanwhile the attorney for the Alliance Defense Fund, which is representing the T-shirt company, argues that “No business owner should be forced to violate his conscience simply because someone demands it. The Constitution absolutely supports the rights of business owners to decline a request to support a message that conflicts with their deeply held convictions.”

I am not going to comment on the legal and constitutional issues, but the ethical issue is clear. Should society respect the choice of a business to refuse to provide products or services to groups, individuals or causes it opposes or objects to on moral or religious grounds?

I don’t respect it. Legal or not, such conduct flunks Kant’s Rule of Universality big time. If everyone did this, society would fragment into little hostile fiefdoms, aggravating discord, distrust and resentment among groups, and unraveling the fabric of the community.

To the T-shirt company’s defenders, the reaction of the gay organization is proof of hypocrisy. One writes:

“Here’s a hypothetical for you.  What if the owner of the T-shirt company was gay?  And what if Westboro Baptist Church placed an order for 10 dozen T-shirts which said “God hates faggots” on them? What if the T-shirt shop owner refused the order because of his principles? Same reaction? I’d guess no.  In fact, I’d guess precisely the opposite reaction.”

Yup, completely opposite reaction. That’s because the gay owner would be rejecting a hateful message, not the group itself, and if he had been smart, he would have established policies about the kinds of messages—obscene, hateful, denigrating— he wouldn’t print, based on rational criteria. If the gay owner refused to print a simple T-shirt with the name of the church on it but no anti-gay message, then the situations would be equivalent. Then I’d say that both companies were behaving exactly as unethically. Would the community show as much outrage on behalf of Fred Phelps’ motley gang of bigots? I doubt it, but that’s a different matter. Ethically, a company should provide the same services to all, and should not stigmatize or disadvantage a group purely on the basis of who and what they are. That is un-American. That is not consistent with the Golden Rule. That is a principle that doesn’t work. That is unfair, unkind, disrespectful, and poor citizenship. That is, in a word, unethical.

I know libertarians, like Kentucky’s own U.S. Senator Rand Paul, fail to grasp this, or at least refuse to acknowledge that when ethics fails to stop citizens of a free society from treating each other so atrociously, the law may have to step in and is right to do so. Nevertheless, this is an embodiment of the truism underlying the Supreme Court ‘s landmark decision in Brown v. Board of Education, that separate is inherently unequal. It is wrong to treat a race, a religion, a nationality, a gender, a generation, or a sexual orientation as if it was less than the rest, and force members of such groups to be represented to the community as pariahs, undesirables, untouchables, or unworthy of equal treatment. Whether it is legal or not to treat people this way, it is surely wrong.

Ethics Alarms has never wavered from this position, whether it concerns bridal shops that discriminate against same sex couples, or so-called conscience clauses that allow pharmacist to withhold their services based on religious beliefs. No one should interfere with other Americans’ practice of their religious beliefs, until they begin practicing those beliefs on others to their detriment.

The community has every reason to loudly and emphatically criticize and reject a business like Hands On Originals, which without any plausible utilitarian rationale chooses to treat other citizens as undesirables. In this case, the company’s refusal to print the T-shirts accomplished nothing but an insult. It will not discourage the relationships that the owners find immoral. It does nothing but hurt and injure. The T-shirts will still be printed; the gay festival will still take place. Treating the Gay and Lesbian Services Organization like the company’s owners treat every other customer will not make the owners complicit in activities they disapprove of, any more that making any other T-shirt assists customers who private lives or intended uses of the shirts might shock them. What do we call conduct that only damages society, pulls it apart, encourages inequality and bigotry while feeding hate and distrust?

We call it unethical, and if necessary, illegal.

[Great thanks to Phil Kraemer for the tip.]

55 thoughts on “T-shirt Ethics and Bigotry In Lexington, Kentucky”