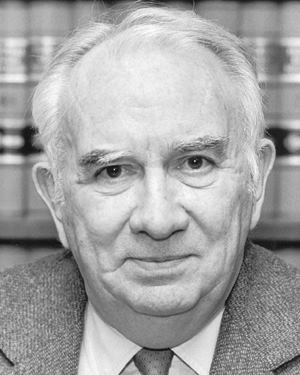 A great man died last week, and yet unless you are member of his family or law firm, a trial lawyer, or one of the many people he helped over his long career, you probably never heard of him. There is barely a trace of Harry Philo on the Internet; Wikipedia has no page devoted to him, and a Google search turns up next to nothing. (It shows over 22 million links for a search on Kendall Jenner, who is Kim Kardashian’s little sister). Yet Harry Philo was a great man, and one of the things that was great about him was that he didn’t waste a lot of time seeking glory for himself.

I first learned about Harry Philo in 1988, when I went to work for the Association of Trial Lawyers of America (now the American Association for Justice). The group is primarily made up of plaintiff’s attorneys, most of whom work in the areas of product liability, medical negligence, and personal injury. Early in my tenure there I was part of the first audience for a promotional film ATLA had produced, showing the ways that trial lawyers seek justice for the public, counter corporate greed and improve safety. Harry Philo was one of the attorneys interviewed for the film, and he spoke solemnly about the profession’s dedication and sacrifice for the poor.

I didn’t buy it. The parade of obviously wealthy attorneys in their thousand dollar suits talking about sacrifice and commitment to the indigent seemed self-serving and false to me. “Come on! ” I thought. “These guys are in business, and the poor are their ticket to wealth. I’m sure they accomplish good things along the way, but Mother Theresa they’re not. Give me a break.” There were, and are, some trial lawyers who think like that, but as far as Harry Philo was concerned, I couldn’t have been more wrong.

I soon learned that Harry was known as “the conscience of the trial bar,” because he constantly emphasized that plaintiff’s attorneys had to be motivated by the pursuit of justice, not profit. By the time I arrived, many members were sick of hearing Harry say this. He knew it; he could hear the sighs and read the body language of members at meetings, especially the younger ones, when he rose to express alarm at the direction the association seemed to be headed, emphasizing politics over education and training, and income over principle. Harry complained to me that all the money coming into the practice of personal injury law had caused his profession to forget about its “philosophy,” which was Harry’s blanket term for mission, integrity and ethics.

Like Clarence Darrow, Harry Philo became a lawyer because he felt it was the best way for him to fight for the weak, the poor, and the defenseless. In a way he was already a lawyer before he went to law school. As an Army enlisted man—and a teenager!— in World War II, with no legal training, he took it upon himself to provide legal counsel for soldiers facing courts martial, and represented dozens of them. After the war, he went to work on the assembly line in a Ford auto plant, became an active union member, and participated in the sometimes violent strikes of the late 40’s, when auto makers were still using strike-breaking goons to discourage organized labor. ” I was one of the biggest and strongest guys on the line, ” he told me. “So I was the one who got to mix it up.” His experience fighting for fair working conditions—sometimes literally— led Harry to the progressive movement and its commitment to social justice and civil rights. At the tender age of 23 he helped manage the Progressive Party’s presidential campaign against President Harry Truman and challenger Thomas Dewey, with the controversial former Vice-President Henry Wallace heading the ticket. Harry became friends with many progressive icons during this time, including Wallace, Woody Guthrie and Paul Robeson.

Harry Philo went to law school while still working on the assembly line,and got his degree in 1959, when he was 34 years old. He then set out to reform the civil justice system in America, and headed landmark litigation in labor law, women’s rights, and civil rights. He started a plaintiff’s firm, and became a moving force and inspiration in the trial bar, always preaching the critical role of plaintiff’s counsel in reforming the laws and making sure that victims were properly compensated. He expressed his credo this way:

“We are Lawyers on the Side of People. Never let us forget that the Law is  never settled until it is settled right, it is never right until it is just, and it is never just until it serves society to the fullest.”

Shortly before I left ATLA…all right, shortly before I was fired from ATLA…I was at an association convention and the party at a local board member’s home was getting a little long. I retired to the bus waiting to take us back to the hotel. It was dark, but it wasn’t empty. Harry Philo and his wife had bailed out of the soiree before me, and were sitting there, talking quietly. I moved over to sit next to them, and soon Harry was holding me spellbound, talking about teaching himself how to be a lawyer, reminiscing about fighting with Ford union-busters, and recalling a long, drunken evening singing protest songs with Paul Robeson and Henry Wallace. Harry was feeling a little blue that night. Developments at the convention had him worried that the trial bar was being seduced by big money away from its real purpose. “They don’t want to listen to me now,” he said. “They have lost sight of the philosophy of plaintiff representation! It can’t be about our money. It has to be about their justice…for our clients, in the civil justice system, and in the nation.”

Less than a week after that conversation, I took my first step toward becoming a legal ethicist.

I know I have written about this before, but when someone like Harry Philo leaves us, I think about all the noble, brave, productive, dedicated, and passionate people who change lives and improve society without ever achieving widespread fame or getting appropriate credit, while our cultural memories are clogged with so many trivial, self-promoting and ultimately inconsequential figures who teach us nothing and who leave us nothing, except perhaps a little dumber. Harry’s life was an inspiration: a blue-collar kid who set out to make America more just, and did it, building a professional association, a law firm, a family and a legacy along the way. People like Harry often don’t become famous because they just don’t care about being famous. They care about accomplishing things worth accomplishing, and accomplishing them for the right reasons—not for personal fame and fortune, but because our lives are to use to make life better for everyone else.

When I think of Harry, I will think about that gentle, sonorous voice in the dark bus, telling the rich story of a decades spent doing things that matter, and telling them not to glorify himself, but with the justifiable pride of a man who had led an ethical, significant life. Our world is filled with little known and modest ethics heroes like Harry Philo, and they leave more good behind than most of the better known people who waste precious time seeking credit, popularity, and Wikipedia entries. Harry’s philosophy was that they, and not he, were the ones whose priorities were misplaced.