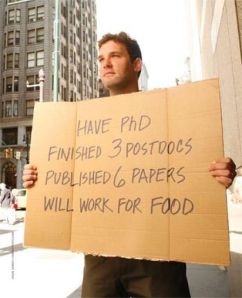 A front page story in today’s Washington Post casts interesting perspective on an Ethics Alarms rumble that broke out here a couple of weeks ago. One of the many websites where underemployed, over-indebted law grads hang out to commiserate—sites with pathetic names like “butidideverythingrightorsoithought”—discovered a post from the days when people were taking Occupy Wall Street seriously, in which I chided a protester whose sign blamed his law school  for his failure to  find a job, without giving due weight to the fact that sitting in a park whining about his plight wasn’t doing him any good either. Suddenly Ethics Alarms experienced an avalanche of indignant and often personally insulting comments introducing me to the strange world of the JD conspiracy theorists, who maintain that law schools engaged in an intentional conspiracy or “scam” to gull naive college grads into believing that a law degree was a sure-thing ticket to Easy Street and six-figure starting salaries.

In the Post’s report, we learn that other advanced degree-holders, namely PhDs in scientific fields, are also unable to find work or toiling in fields unrelated to their degrees. The Post says:

“Traditional academic jobs are scarcer than ever. Once a primary career path, only 14 percent of those with a PhD in biology and the life sciences now land a coveted academic position within five years, according to a 2009 NSF survey. That figure has been steadily declining since the 1970s, said Paula Stephan, an economist at Georgia State University who studies the scientific workforce. The reason: The supply of scientists has grown far faster than the number of academic positions.”

Sounds a lot like the legal market to me! The similarities don’t end there, however. The news story also notes that today’s unemployed and under-employed PhD’s pursued their degrees after being told for years that the U.S. was desperate for scientists. Indeed President Obama was part of the throng. Yet nowhere in the article are there quotes from angry scientists working in the admissions offices of state colleges claiming that they were set up to fail, and that the academic institutions, career counselors and the world lied to them to trick them into taking out huge student loans. There are quotes from angry and frustrated out-of-work scientists…absolutely. It is just that they acknowledge the reason for their current dilemma: there’s been a massive recession for four years.

What’s the difference between the scientists and the lawyers, other than the fact that the JD’s are still better off than their science counterparts, since a law degree is more versatile than a degree in physics? How can we explain the tendency of one set of degree-holders to see complex and sinister forces at work, while those in other disciplines apply Occam’s Razor? I think there are three key distinctions that create the divergent responses.

First, there are many more JD’s, and many more JD’s who are not the sharpest knives in the drawer, not to be excessively unkind. A lot of mediocre to poor students manage to become lawyers; PhD programs are more discriminating. Law is not necessarily a profession requiring high intellect: diligence, cleverness, guts, charm, management skillsand perseverance can make a successful attorney. These qualities are not that helpful, however, when it comes to performing peer-reviewed research, unless one also has the IQ points to go along with them. Second, the scientists entered their fields for the right reasons: they were interested in science, and good at it. Many of today’s out-of-work lawyers prepared for a profession, a calling, for purely financial motivations: they wanted to be rich. That is, and has always been, the wrong reason to go into law, and lawyers with that as their primary goal make up a disproportionate number of the nation’s unethical lawyers.

Finally, lawyers are trained to be advocates, and to argue for positions most beneficial to their clients’ interests. Disillusioned, indebted, worried lawyers without clients have been trained in the art of deflecting accountability and blaming others for misfortune, so it should be no surprise that their training and mindset lead them down the dark alleys of conspiracy theories, class action lawsuits and confirmation bias. They are their own clients now, and are seeking miscreants and tortfeasors who made their dreams of big houses, fancy cars and law firm partnerships go up in smoke: the law schools, the TV hype, the loan programs, the degree itself. Ironically, this phenomenon may be the one aspect of a legal education where criticism, or at least caution, is justified. A legal education gives graduates the tools and skills to deflect, shift and avoid their own accountability, but cannot imbue the character necessary to resist the impulse to use them for that purpose.

I suppose what needs to happen is for those unemployed scientists to hire the unemployed lawyers to help them make the case that they were tricked and defrauded too.

23 thoughts on “The Difference Between Unemployed Scientists and Unemployed Lawyers”