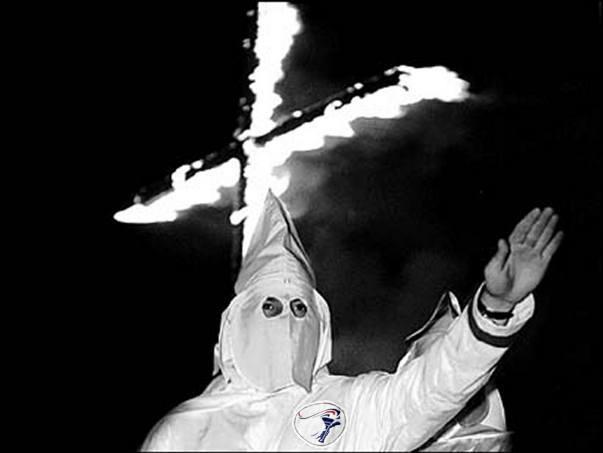 The post defending the right of the racist website Chimpmania to stay on the web despite its offenses to decency, civility and fairness predictably attracted racists to this blog—very articulate racists, I must say, but racists nonetheless. One of them, Paddy Roller, who operates his own, slightly less crude racist website, attracted this response from one of Ethics Alarms’ most thoughtful and passionate readers, known here as fattymoon. It is a deserving Comment of the Day, an open letter sparked by a racist screed posted here by Paddy, itself sparked by the post, Unethical Website of the Month: Chimpmania…And The Unethical Petition Opposing It.

[ Paddy and about six of his compatriots in hate have been banned here after violating my warning to eschew racist epithets rhetoric after I had granted them one reprieve. No more reprieves…if one of the Klan wannabes has a comment to this post he wants to have read, there had better be no uses of “nigger” in it.]

“Reporting as fairly as I knew how from the streets of Decaur, and later Cullman, Alabama, I was continuously under fire from the KKK for being, in ther eyes, biased in my reportage. I never heard any feedback from the SCLC or the black community.

“One night I was covering a KKK cross burning ceremony in a field in Cullman County. A man, armed with a two-b- four approached me and asked my name. When I told him he said, ‘We don’t like what you been writin’.’

“I answered I was simply doing my job as a reporter. He looked at me steadily, and I noticed his arm beginning to rise, club in hand. I started to shit myself. Not literally, figuratively.

“A TV camerman from Channel 48 from Huntsville, Alabama, was standing about 50 feet away, his back to us, watching the blazing cross light up the night sky. His camera was at rest… he was not filming, just watching.

“I began raising my voice to the Klansman, not in anger, but as a way to get the camerman’s attention. Loudly, then even more loudly, I proclaimed that I was only doing my job and if he had a complaint he should visit my editor. The man’s arm had almost reached its arc above his head when, finally, the Channel 48 cameraman, in one motion, pivoted while, at the same time, raising his camera accompanied by a blinding beam of light bathing the Klansman and myself in its glare. The man’s arm slowly lowered to his side. I turned and walked quickly away.

“I wasted no time getting the hell off that field. I almost ran to my car, heart pounding, and drove home to Athens, Alabama.

“So, tell me, Paddy, who, in the incident I just described, was the savage?”

11 thoughts on “Comment of the Day: Unethical Website of the Month: Chimpmania, And The Unethical Petition Opposing It”