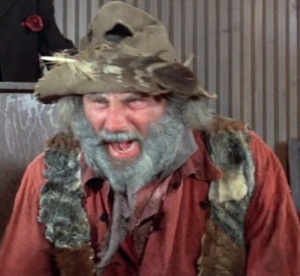 This jaw-droppingly stupid conversation actually took place on CBS This Morning, as hosts Charlie Rose and Norah O’Donnell mused about the extreme cold hitting the U.S., and attempted to connect it to that shared mission of the media, environmentalists, and anti-capitalists, global warming, though when you are using epic cold as your proof, “climate change” sounds a lot less silly:

CHARLIE ROSE: Is it stronger/weaker this year than it has been in the past?

BRYAN WALSH, TIME SENIOR EDITOR: …There is – some theories, actually, that some of the warming, actually, you’re seeing up in the Arctic might be changing the atmospheric circulation in that part of the world – actually causing those winds to weaken, and maybe, makes these cold spells a little more likely than they otherwise be….We had a few strong snowstorms – this despite the fact that we’re still seeing warming happening in the winter and the rest of the year. So, there is some theory that, maybe, this is changing the atmosphere, making it more likely.

NORAH O’DONNELL: …I mean, this is the first time I’ve heard the phrase ‘polar vortex’, and I don’t feel I’m out of it. I mean, were you familiar with it?

WALSH: I was not that familiar with it – no – but now, of course, it’s one of those terms that’s –  that’s everywhere….

ROSE: Is it definitely connected to global warming?

WALSH: Potentially, it’s connected to that-

WALSH: These, these – been happening already. What’s new, perhaps, is the fact that the winds may actually [be] weakening. That could be due to warming in the Arctic; changing the atmospheric circulation; therefore, making it more likely for that cold, dense air to escape the vortex – spill down to us.

Now who can argue with that?

Translation: “Actually, none of us have a clue what the hell we’re talking about, nor are any of us remotely conversant in the actual science of climate change, but this is an important part of progressive/Obama/Democratic cant, and people are almost certain to be wondering “Huh? I thought the climate was getting warmer like Al Gore said. What’s with this cold?”, so we’re going to ad-lib some supposedly informational blather and hope that works.”

This was, to paraphrase Olson Johnson in “Blazing Saddles,” authentic liberal broadcast journalist gibberish. If you don’t know what you are talking about, Charlie, Norah, why not get a real, objective climate expert in rather than a professional global warming flack and generalist who is not a scientist or even a meteorologist and who has never heard of the phenomenon under discussion (“Uh, polar vortex?“), or, in the alternative, shut up.

Seriously, what exactly does it mean that Walsh, who just said that he was unfamiliar with the polar vortex, answered Charlie’s question—Is  this thing you never heard of before and know as little about as my cocker spaniel definitely connected to global warming?—by saying, “Potentially, this thing I just said I had never head of before is connected—whatever I may mean by connected, I have no idea, but let’s keep this as vague as possible—to global warming”? It might connect today’s current cold  to future catastrophic warmer conditions eventually? How is that supposed to work? If the polar vortex that is causing the record cold is caused by global warming, then it IS happening, it doesn’t have the potential to happen….it’s either happening now, or it isn’t. Does Walsh mean, “Someday, when we’re looking at the Atlantic from our Nebraska coastline, scientists may decide that, looking back, this cold snap was related to global warming. Or maybe not”? Essentially he’s saying “Maybe,” or, more precisely, “I have no idea. I’m not a scientist. But I want people to think this is part of climate change, so I’m going to sound as authoritative as possible.”

This was embarrassing. This was dishonest, and irresponsible. This was incompetent, unprofessional, biased, and unworthy of a junior high “Kids News” broadcast—an insult to the CBS audience, and a shocking attempt at advocacy without even minimal expertise.

How much further can network news sink?

16 thoughts on “Now THIS Is Irresponsible Broadcast Journalism”