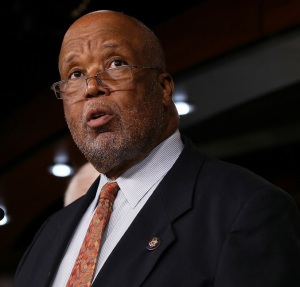 I often use the term “signature significance” in posts, and since it is a term that is not often applied to ethics, I thought today would be a perfect time to illustrate it in its original context, while clarifying the ethical murk around the Donald Sterling Ethics Train Wreck.

The original context of the phenomenon of signature significance is baseball, and I just watched an example of it. Today Red Sox left-hander John Lester beat the Oakland A’s, a very good team, by hurling eight innings in which he gave up no runs, only one hit, two bases on balls, while striking out 15 batters. If you don’t know anything about the game, let me tell you: this is extraordinarily good. Pitching performances can be measured and compared by using the “game score” method, developed by sabermetrics (that is, baseball statistics) pioneer Bill James. The best game score ever achieved was 105; the highest score in major league history for a pitcher who did not pitch all nine innings (as with Lester today) is 95, and has only been done once. (Theoretically, a game score could be as high as 145)

James also devised the term “signature significance” in the context of such games. His research showed that pitchers who were not outstanding talents never pitched a game with such a high game score even once—it simply didn’t happen. Thus, he reasoned, pitching a single game like Lester’s (the actual game he used was a similar performance by a young Roger Clemens before anyone knew what Clemens would become) was sufficient proof, all by itself, to conclude fairly and scientifically that the game was meaningful, without any other data. In cases of signature significance, he explained, the usual statistical rule that small sample sizes are not reliable indicators do not apply. Sometimes one incident, performance or episode is sufficient to make a confident verdict.

Signature significance is very useful, I have found, to rebut unethical rationalizations for unethical conduct that are used to excuse the agent of the ethical breach. “It’s only one mistake” and “Anyone can make a mistake” are the main ones. In the case of some serious kinds of bad conduct, this reasoning is misleading and false. Donald Sterling’s comments recorded and publicized by his whatever-you-call-her V. Stiviano have signature significance: they prove he’s a racist. Can you imagine any non-racist individual saying, in public or private, that he didn’t want his girlfriend being seen at his team’s games in the company of blacks?  How could this possibly occur? It wouldn’t, of course. Only those who hold racist attitudes and beliefs think and say such things. Sterling is a racist.

Stiviano, for her part, despite being the one who brought the media, the sports world and the public down on Sterling’s 80-year-old head, now says she doesn’t believe he’s a racist. Of course, she also says she’s his “silly rabbit” and that she is going to be President some day. She is an idiot. But I digress.

Other figures have made statements in the media that also have signature significance of the same sort as Sterling’s, yet the very same groups and journalists who have been whipped into a self-righteous froth over Sterling are strangely silent:

Democratic Rep. Bennie Thompson (D-Miss.) stated in recorded remarks that Supreme Court Justice Clarence Thomas is an “Uncle Tom.” He later clarified this by saying, that Thomas “doesn’t like black people, he doesn’t like being black.”  “If you look at his decisions on the court, they have been adverse to the minority community, and the people I represent have a real issue with an African-American not being sensitive to those issues,” Thompson said. Besides being an unfair, ignorant and indefensibly stupid position, this also has signature significance. Thompson believes that a black jurist must necessarily decide legal issues according to race loyalty rather than by what his legal analysis tells him, and one who does not is an “Uncle Tom”— a submissive black man who sides with whites against his own people. It is a racist view of America, whites and blacks, and a racial smear on Thomas. No non-racist would say such a thing, and because Thompson is a Congressman,  represents a congressional district, and votes on the law of the land, his bigotry and racism is far, far more important and damaging to the nation than what is said during the domestic spats of a sports billionaire. The fact that he is black and is impugning another black man doesn’t make Thompson’s comments less racist, though I know this might be a bit too nuanced for dimmer observers. Thompson is saying that whites and blacks have fundamentally different senses of right and wrong, and that skin color should dictate how one thinks, and what one should think. This is how the Klan reasons. Of course it is racist. It is disgusting.

Are media pundits calling Thompson a racist, or for Thompson to resign? Is the Democratic Party taking any action against him? Has a single leader of his party even condemned his remarks? Has any black leader, lawyer, columnist or pundit? Have any of his constituents demonstrated, pronounced him a disgrace, a divisive voice in race relations, and an advocate for the kind of racial bigotry and stereotyping that is as much an impediment to equal justice as anything Sterling believes, and indeed more? The President weighted in to condemn Sterling, though he is a private citizen and was talking about how his girlfriend should conduct herself—hardly a Presidential matter. This, in contrast, was a member of Congress, using a vile racial attack against a Supreme Court Justice, and warranted a high-level rebuke…that is, if the President were interested in rebuking black racism.

Thompson gets a free pass, because the liberal elite make the same kinds of attacks on Thomas and other black conservatives all the time, and have for years. Thompson’s comments are racist, and prove he’s a racist, but their reception parallels what the reception to Sterling’s comments would have been if they were made at the height of Jim Crow, and the President was a white racist like, say, Woodrow Wilson:  “OK. Well, you can hardly blame him!”

Then there is the man who trained D.C. politicians to be shameless crooks, the man who polluted the Capital’s political culture so utterly that it is still a cesspool, decades after he was mayor. I am speaking of Marion Barry, of course, still a councilman. Today’s Post reports that Barry tweeted his outrage that an upcoming HBO project about his life is being scripted by two white writers. “It’s really sad that @HBO solicits two white men to write a story about my life, profit therefrom, and has not talked to me once,” Barry wrote. Later, he tweeted that only blacks should write histories of ” black experiences.” “Some white people really do think they should tell the history of black experiences. Sad paternalists. We can speak for ourselves, “ he tweeted.

1. In Barry’s case, it isn’t the “black experience” but the criminal experience that is most relevant.

2. Nobody’s stopping him from speaking for himself: his own autobiography is being published next month. Can’t wait.

This is also signature significance. It is straight-up racism: would any white politician ever dare to argue that a black historian was unqualified to write a history of the royal family of England, or a biography of say, Pat Boone? No, only a racist says and thinks like Barry, even once.

Here is a high-profile, important political figure in the nation’s capital, one with (sadly) many  admirers and followers, and he’s advocating racist attitudes. Is there an explosion of indignation in his Ward? In the local media? Has his name suddenly become a symbol of stubborn racism, like Bundy or Sterling? Is anyone fining him $2.5 million? No. The idiotic, dishonest and unethical decision has been made and endorsed by the mainstream media and race-huckster culture that black racism is occasionally embarrassing, but really, you can hardly blame them.

And that is disgusting.

More than that, it is harmful. The obvious double standard between what the prevailing culture treats as intolerable from whites and acceptable from blacks does far more damage to the nation than the bigoted demands Donald Sterling mad of his bimbo. It creates resentment, anger and cynicism, and makes communication all between races but impossible. One could persuasively argue (and that one would be me, but not right now) that the entire Obama administration has been defined by a blatant race-based double standard, in what is ignored by the news media, rationalized by the public and tolerated by the nation.

Nate Silver’s website examined the question of whether Republicans or Democrats had more white racists, and found that there were slightly more GOP white racists—interestingly, he didn’t perform a similar exercise to find which party has the most black racists, but somehow I think I can guess how that would turn out. His data showed this, however:

“On average, between the 2004 and 2006 editions of the surveys — the last two before Obama was either a president or a candidate — the index of negative racial attitudes stood at 22 percent for white Democrats and 26 percent for white Republicans. Those values are within the margin of error for those in the 2010 and 2012 surveys. If there’s a discouraging trend, it’s not so much that negative racial attitudes toward blacks have increased in these polls, but that they’ve failed to decrease under Obama, as they did so clearly for most of the past three decades.”

There are many possible theories for why this is so, but we can all agree, I presume, that the fact that race relations have gotten worse under our first black President is depressing and not completely surprising news. However, any objective analysts must acknowledge that African-Americans insist on applying strict standards of tolerance and fairness for the statements of whites that they refuse to enforce with their own leaders and prominent figures with equal vigor. To deny that this isn’t a material component of the deterioration is, in my view, intellectually dishonest and cowardly.