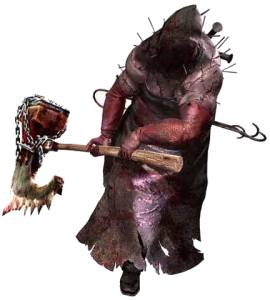 Hello, my name is Skug, and I’ll be your torturer today. Now, if you are innocent, please understand, on balance this works.

“I’m more concerned with bad guys who got out and released than I am with a few that, in fact, were innocent.”

—Former V.P. Dick Cheney, giving his reactions on “Meet the Press” regarding the Senate’s critique of the Bush Administration and the CIA’s interrogation methods.

I try to be fair to Dick Cheney, whose character has been distorted beyond all recognition by his partisan foes. Sunday, however, he was apparently attempting to validate all the most terrible things anyone has said about him, as well as providing future students of ethics real life examples of ethical fallacies.

The one quoted above is the pip: so much for the jurisprudential principle that “It is better that ten guilty persons escape, than that one innocent suffer.”   Chuck Todd reminded Cheney that 25% of those detained were apparently innocent. The Cheney variation: “It is OK if some innocent persons are unjustly punished as long as the bad guys get what they deserve.”

It is hard to pick the most unethical assertion, however; there are so many horrible statements to choose from. Such as:

“Definitions, and one that was provided by the Office of Legal Counsel, we went specifically to them because we did not want to cross that line into where we violating some international agreement that we’d signed up to. They specifically authorized and okayed, for example, exactly what we did. All of the techniques that were authorized by the president were, in effect, blessed by the Justice Department opinion that we could go forward with those without, in fact, committing torture.”

Tell us another, Dick. The Office of Legal Counsel produced are what we call advocacy memos. That means they were told, “Write us your best legal justification for not calling any of what we are doing torture, so we can say it was cleared ny the lawyers.” That’s hardly an objective opinion, and Cheney knows it. Any lawyer who wrote an opinion that said that the methods were torture would have been looking for a job.

“It worked. It absolutely did work”

So what? I examined this issue here. Cheney is arguing pure consequentialism: if it works, it’s ethical. Hey, sexism “worked.” Slavery “worked.” All manner of horrible conduct can accomplish desired ends. My conclusion in 2006, 2012, and now:

“I have no problem as long as we achieve our objective. And our objective is to get the guys who did 9/11 and it is to avoid another attack against the United States. I was prepared and we did. We got authorizing from the president and authorization from the Justice Department to go forward with the program. It worked. It worked now for 13 years”

The ends justify the means.

Asked about our prosecution of the Japanese for war crimes and the apparent hypocrisy:

“They did an awful lot of other stuff to draw some kind of moral equivalent between waterboarding judged by our Justice Department not to be torture and what the Japanese did with the Bataan Death March and the slaughter of thousands of Americans, with the rape of Nanking and all of the other crimes they committed, that’s an outrage. It’s a really cheap shot, Chuck, to even try to draw a parallel between the Japanese who were prosecuted for war crimes after World War II and what we did with waterboarding three individuals–“

See, it was only three, so it’s not really wrong. Rationalization #22: “It’s not the worst thing.”

I give the ex-Vice President ethics points for integrity. He believes what he believes, and doesn’t mince words. If only his words weren’t so repulsive….

Graphic: The Chaos Within

37 thoughts on “Unethical Quote of the Week: Dick Cheney”