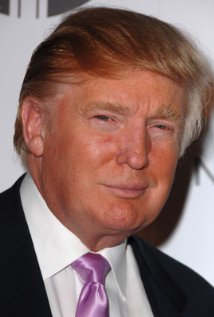 Boorish, arrogant blight on the American landscape that Donald Trump is, he has his uses.

Trump is that amusing if tragic anomaly, the low information Presidential candidate, kind of like Michele Bachmann. On Friday, right after the SCOTUS gay marriage decision was announced, he sent out a tweet blaming Chief Justice John Roberts for it, even though Roberts was one of the dissenters. Today, CNN’s Jake Tapper asked him to explain his stated support for “traditional marriage” by explaining Trump’s own non-traditional marital conduct in that context:

“Well, they have a very good point. But I’ve been a very hardworking person. And actually, I have a great marriage, I have a great wife now. My [first] two wives were very good..I really don’t say anything. I’m just, Jake, I’m for traditional marriage.”

….is a cornucopia of ethics-related information:

1. “Well, they have a very good point.” Translation: “I haven’t actually thought about this issue very much, I’m just asserting a position that seems to the one I think Republican voters who have thought about this as little as I have will agree with. Don’t expect me to be consistent or profound.”

Take-away: Trump has no respect for the public, his party, the office he purports top be running for, or the people who care deeply about the gay marriage issue, so he has literally devoted no time or effort to understanding the issues of the day, including this one. That attitude is, of course, an insult to all of us.

Take-away: Trump has worked hard and is successful, so the rules he wants to impose on lesser citizens do not and should not apply to him. This is real privilege, as well as a deadly tell: a man who thinks like that cannot be trusted with power, or, for that matter, in a marriage. “Hey, honey, I work hard, so I get to have some hookers live in the guest house. Deal with it.”  Trump also is suggesting that members of the gay community don’t work hard enough to deserve his exemption from a “traditional marriage.” That’s appalling arrogance and bigotry.

3. “And actually, I have a great marriage, I have a great wife now.” Translation: “A good marriage and an acceptable marriage is defined as what makes me happy. I don’t give a damn about anyone else’s needs, or what they might think is a good marriage, because I’m a narcissist, and things are only important as they affect me. Don’t you get it? If I have a non-traditional marriage, it’s OK because it’s my marriage. I don’t care about anyone else.”

Take-away: Trump lacks fairness, integrity, respect, humility or comprehension of equity or justice. And, refreshingly, he doesn’t appear to care who knows it, or is too dim-witted to realize what he’s revealing.

4. “I really don’t say anything. I’m just, Jake, I’m for traditional marriage.” Translation: “I don’t have to actually be able to explain or justify my positions, because I know that the average voter couldn’t win a game of Trivial Pursuit with a sea slug. It’s just sound bites and bumper stickers—you know that! How many voters care about consistency? Hillary Clinton is attacking rich people and running as a feminist when she owes her career to helping her husband crush his mistresses and harassment victims, and Democrats don’t care that she’s lying through her teeth or are too stupid to notice! Don’t ask me to explain positions, because the fools who will vote for me don’t have the attention span to listen to it.”

Takeaway: Trump understands his base: ignorant morons. Any citizen who tells a pollster he or she supports this guy is abusing his or her rights of self-determination.