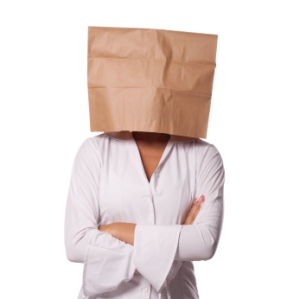 The unethical prosecutor in State v. Flores. Watch out for her!

It’s always heartening to see a court cite the 1935 Supreme Court case of  Berger v. United States, 295 U.S. 78, (1935), famous in legal ethics circles for its ringing statement that government lawyers must understand that their obligation “in a criminal prosecution is not that it shall win . . . , but that justice shall be done.”  The principle has been extended by some judges to civil cases as well, making the point that the government in any legal dispute should be interested only in the best interests of citizens and getting the case right. It is less heartening when the cite is in a dissent, as in this case.

The Ninth Circuit, reviewing a conviction for illegal drug importation, conceded that the prosecutor crossed into unethical territory by misstating the law,misstating the defendant’s testimony, and improperly vouching for a witness. Nonetheless, the court in State v. Flores concluded that this misconduct didn’t rise to the level of “plain error,” meaning that the defendant would have been found guilty anyway:

“In sum, while the government misrepresented Flores’s testimony and misstated the law on multiple occasions, in the context of the trial as a whole, it is unlikely that the jury was misled about the law or the facts.”

That’s right: the government misrepresented facts and law, but the jury was probably not misled.

How does that meet the obligation of the government to give every defendant a fair trial? This is where the dissent raised Berger, saying,

“The Assistant U.S. Attorney violated the rules of permissible questioning and argument; forgot that our government’s interest “in a criminal prosecution is not that it shall win . . . , but that justice shall be done,” Berger v. United States, 295 U.S. 78, 88 (1935) (Sutherland, J.); and ignored Justice Sutherland’s admonition that a prosecutor “may strike hard blows, but not foul ones.” Id. These serious violations do not warrant invocation of the plain error rule.”

Moreover, as Matt Brown points out at the new criminal law website Mimesis Law, nowhere in the decision, not even in the dissent, is the offending prosecutor named. Brown writes:

“What is perhaps the most interesting part about the case, especially the dissent, is the court’s consistent refusal to name the prosecutor….Maybe throwing out the conviction isn’t the right thing to do, but the court’s decision and its carefully chosen language allow the prosecution to avoid any real consequences altogether. To give the government a pass for its lawyer’s misconduct, and then to give the lawyer herself not just a pass but the cloak of anonymity, does nothing to address what the court clearly believes to be a wrong.”

And this is one more reason why there is so much prosecutor  misconduct, so many persistently arrogant and unethical prosecutors, and so many innocent people sent to jail.

11 thoughts on “Ethics Dunce: The Ninth Circuit Court Of Appeals”