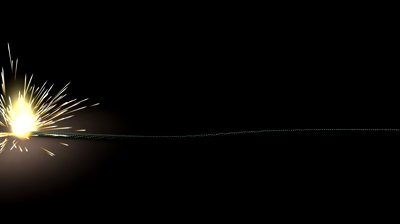 It looks like the Washington Post has Republican Presidential candidate Marco Rubio dead to rights on a substantial conflict of interest scandal, or worse. It dates back to 2002, when the Florida Senator was a rising politician serving as majority whip of the Florida House of Representatives.

The Post convincingly documents that Rubio used his official position to urge state regulators to grant a real estate license to his brother-in-law Orlando Cicilia, a convicted cocaine trafficker released from prison 20 months earlier. Rubio sent a letter on his official statehouse stationery to the Florida Division of Real Estate, recommending  Cicilia “for licensure without reservation.” The letter did not disclose that Cicilia was married to Rubio’s sister,  or that the convicted cocaine dealer was then living with Rubio’s parents. Rubio merely wrote that he had “known” Cicilia “for over 25 years.”

This is deception by omission, as well as an abuse of power and position. There is also the unanswered question of whether Rubio or his family received financial assistance from Cicilia when he had access to drug money from $15 million worth of cocaine he was convicted of distributing in 1989. The federal government seized Cicilia’s home, but the money has never been found. Moreover, the Post reports, Rubio-affiliated PACs and campaigns, including his current one, have paid Cicilia’s two sons more than $130,000 in the past decade.

The test for Rubio now is how he responds to the Post’s revelations. My advice, as an ethicist, would be that he should agree that the letter was misleading, that it was wrong for him to write it, that he was simply trying to help his wife’s brother, who was struggling, and that he honestly believed ( assuming he did) that his brother-in-law had reformed and deserved a second chance, but that he went about helping him the wrong way. Rubio should also, if he can do so honestly, explain that this favor was not a quid pro quo for Cicilia’s past financial assistance using dirty money.

If he can’t truthfully deny that his letter was in part a repayment for a financial loan of gift from a drug-dealer, Rubio would be obligated to withdraw from the race for the GOP nomination.

I can’t imagine a valid excuse for the $130,000 payments, but Rubio better have an explanation for that, too.

The signs so far are not good. Rubio has thus far refused to respond to the Post’s inquiries, which suggests some furious strategizing is going on. You don’t need to strategize if you just tell the truth. What Rubio’s campaign has said initially is ominous. Rubio’s presidential campaign adviser, Todd Harris, said in an email:

“Orlando made some very big mistakes almost 30 years ago, served his time, and has paid his debt to society. Today he is a private citizen, husband and father, simply trying to make a living. It is appalling and shameful that The Washington Post continues to drag him into the spotlight.”

Harris is using the debate fallacy known as “The Blind Man’s Trap,” spinning off a part of the Post’s story as if it were the whole, like handing a blind man an elephant’s tail and telling him it’s an elephant. Unfortunately for Rubio, we aren’t blind, or as stupid as Harris wishes we were. The Post doesn’t care about Cecilia; the issue is Rubio, a candidate for President, and the ethics principles and possibly laws he violated to help Cecilia. For the first response of the Rubio campaign to be such a blatant deflection—“How dare you pick on this poor ex-drug dealer?”—suggests both desperation and a low opinion of the public’s Republican voters’ intelligence….which, to be fair, is somewhat justified by the poll numbers of Donald Trump.

For Marco Rubio, the Post scoop is an opportunity to demonstrate character, or proof that he lacks it.

22 thoughts on “A Rubio Scandal, And Now The Test: How Does He Handle It?”