“Whether or not the alleged institutional abuses are ultimately proven, the reality is this: A severely ill young man wasted away, smeared in his own feces, under the watchful eyes of multiple health care workers, corrections staff, and other inmates. His death will force no accountability and will bring about no change. The illness from which Jamycheal Mitchell suffered could have been better managed through medication, proper treatment, and simple respect. The illness that allows the rest of us to jail great masses of dangerously sick people and mistreat them until they die? It is increasingly seeming to be untreatable and incurable.”

—-Slate’s legal pundit Dahlia Lithwick, writing about the case of 24-year-old Jamycheal Mitchell, who was found dead in his cell at Hampton Roads (Virginia) Regional Jail in Virginia. 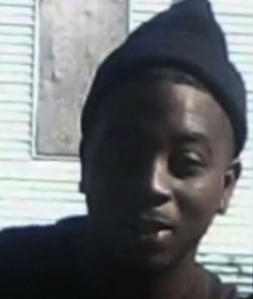 There is a $60 million lawsuit being filed by Jamycheal Mitchell’s family over his death as a result of an astounding combination of incompetence and negligence. Mitchell suffered from schizophrenia and a bipolar disorder, and was arrested four months prior to his death for stealing a can of Mountain Dew, a Snickers bar, and a Zebra Cake from a 7-Eleven.  He was allowed to waive counsel despite his mental and emotional impairments, and bail was set at $3,000  for stealing less than five dollars worth of junk food. A judge twice ordered him moved to a state mental health hospital, but no beds were available, so he was allowed to languish, and starve to death, in jail.

The videotape of his last days in prison were also erased forever, because, officials say, they didn’t show anything irregular. I was asked if this qualified as spoliation, the intentional and illegal destruction of evidence when a court proceeding is looming or and investigation is underway. No, because spoliation can only take place when a legal proceeding is inevitable or in process, and also because government institutions are remarkably unlikely to ever be held to account for the practice. This was not technically spoliation, because there was no legal proceeding yet, though one could have been predicted by an idiot. Similarly, Hillary Clinton destroying 0ver 30,000 supposedly “purely personal” emails  before they could be demanded by a Senate Committee (and hearings are not legal proceeding) were not technically spoliation. Ethically, it is a distinction without a difference.

“Despite years of scandals and exposés, the shortage of beds in mental health hospitals in Virginia still hasn’t been redressed. When I wrote about the case in September, various investigations were being launched, but their results are either secret, partial, inconclusive, or arm-waving and vague. Mitchell’s story upsettingly never became the national scandal that it should be.In the year since Mitchell was arrested, two separate reports by state agencies have blamed a series of “systematic failures” for Mitchell’s continued detention when he should have been in a mental health facility for treatment.”

Of course, blaming “systems” are a classic dodge for government managers to avoid individual accountability. The lawsuit names 31 state employees, including Gail Hart, a clerk in the admissions department of Eastern State Hospital. The Department of Behavioral Health and Developmental Services investigation determined that when she received the judicial order for Mitchell to be transferred to the hospital,  Hart stuck it into a drawer in her desk and forgot about it. The paperwork only turned up after a guard found Mitchell lying dead in his bunk, his feces smeared all over the walls of his cell and his urine in puddles on the floor.

The Behavioral Health report, released in March of this year, catalogued failures across the system far beyond the mishandled transfer order, such as lost messages, misallocated and inadequate resources, overwhelmed, incompetent and underpaid staff, but could not not explain why no action was taken as Mitchell’s  condition spiraled into death while he was in the state’s charge.  Douglas Bevelacqua, a former state inspector general who has investigated mental health services in Virginia, told Lithwick,  “Regrettably, after reading [the reports], I cannot answer the basic question of how did corrections staff and mental health workers allowed Mitchell to waste away in plain sight for 3½ months.”

Oh, I can: they didn’t give a damn. In addition,  the federal government doesn’t give a damn, the public doesn’t give a damn, and the news media doesn’t give a damn. This is an across the board cultural disgrace of long standing: unless the mistreatment of prisoners and neglect of the mentally ill can be attached to an attractive and sympathetic victim with appeal to voting blocs and news media consumers, it doesn’t matter how cruel, negligent or unjust a particular incident is. This is a Presidential campaign year: has any candidate raised this issue? Does Black Lives Matter think that Jamycheal Mitchell mattered?

Mitchell’s family has  made a formal request to the Department of Justice’s Civil Rights Division to open an investigation. It is absurd that they should have to ask. The Virginia situation is a scandal of long-standing affecting many thousands of the most vulnerable of citizens, many of them black, almost all of them poor. This should have been high on a rational and politicized Justice Department’s list of priorities. Ah, but Hillary Clinton crony and Democrat Terry McAuliffe is the Governor of Virginia. What this Justice Department considers the highest priority it has are the public bathroom problems of a infinitesimal  percentage of the population being inconvenienced by an admittedly hysterical and dumb North Carolina law…because there a votes and contributions and talking points in it. The news media follows the same path.

It is estimated that about 350,000 mentally ill prisoners are in state prisons, and another 250, 000 are living on the street. Being able to use the public bathroom that makes them most comfortable is not their most pressing problem: staying alive when they are considered a societal and institutional nuisances is. They don’t vote, and they aren’t sympathetic, photogenic victims, however. Thus our epically political, supposedly non-partisan Justice Department concludes that bathroom issues of the estimated 700,000 transgender Americans are far more important and urgent than the fates of people like Jamycheal Mitchell, especially when allows it to pick a fight with conservatives in an election year.

Brava to Lithwick for shining much-needed light on the dark and shameful aspect of U.S. political and societal priorities.

35 thoughts on “Ethics Quote Of The Day: Slate’s Dahlia Lithwick”