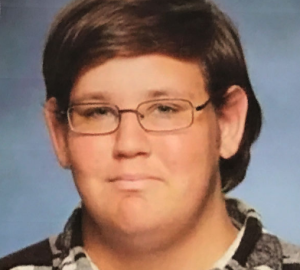 Harley Branham, 21, a manager at the Dairy Queen in Fayette, Missouri, has been charged with second degree felony manslaughter following the suicide of 17-year-old Kenneth Suttner, whom she supervised. At an inquest called by the Howard County coroner, witnesses testified that Branham mistreated the teen. She  made Suttner lie on the restaurant floor as he cleaned it by hand, and once threw a cheeseburger at him.  Other witnesses said the boy also had been bullied for years at his school, where students mocked his weight and a speech impediment.

The coroner’s jury blamed both the Dairy Queen and the Glasgow School District for failures in training and prevention of harassment, concluding that Branham “was the principal in the cause of death,” and also that Dairy Queen negligently failed to properly train employees about harassment prevention and resolution, according to the inquest’s verdict form. Jurors also found that the Glasgow Public School system was negligent in failing to prevent his bullying.

All of those factors, the inquest concluded, caused the boy “to take his own life.”

Howard County Coroner Frank Flaspohler explained the inquest and the verdict, saying,  “I felt there was bullying going on and things weren’t getting corrected. Hopefully this makes the school pay attention to what’s going on. And it’s not just in that school. We all need to wake up and say this exists and we need to take care of it.”

Is this an ethical use of the criminal laws?

I’m especially interested in the response to this one, but at the risk of influencing the answers, I’ll weigh in now.

No, it’s not an ethical use of criminal law. We have looked at this issue before, when charges were brought against a teen whose cruel comments on social media were deemed sufficient to justify a criminal indictment after her victim killed herself. The Coroner’s statement is a smoking gun: he wants to increase awareness of bullying, so he is using unjust criminal charges to do it. Wrong. The ends doesn’t justify the means, “it’s for a good cause” is just a rationalization, “two wrongs don’t make a right,” and “the road to Hell is paved with good intentions.”

I’ll add another one that isn’t so familiar, but should be, and appears on Ethics Alarms often: “When ethics fails, the law steps in”…and, I will add, often makes a mess. Unless it was shown that the Diary Queen manager was deliberately trying to conspire with the school to drive Branham to kill himself, there is no mens rea here. There was no crime. It may have been a tort, in which case the remedy would be a lawsuit by the boy’s family.

The law can’t fix bullying, bad managers, and the daily cruelties people inflict upon each other without considering the effects and consequences. That’s what ethics is for. Using the criminal laws this way is based on emotion and incompetence: we just have to do something to respond to this horrible, senseless tragedy.

And when Harley Branham, who isn’t much older than Sutter was, commits suicide after being bullied by the legal system, will Frank Flaspohler be indicted for manslaughter under the same theory of causation that led him to have her prosecuted?

27 thoughts on “Ethics Quiz Of The Day: Deadly Dairy Queen?”