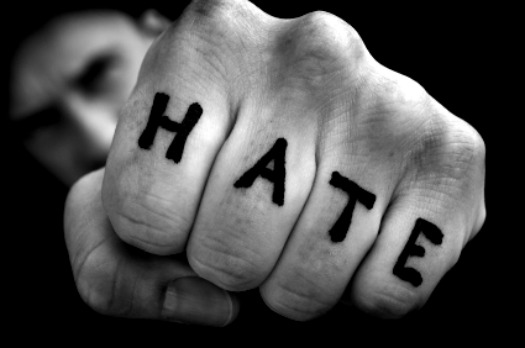 Some of Ethics Alarms’ most adept and provocative commenters have not authored official Comments of the Day. This is mostly due to the randomness of the selection process, as well as the fact that masters of the long-form have an inherent advantage over those who are more succinct.

I failed to get the Best of Ethics 2016 posted this year, but one of its items is always Commenter of the Year. That honor was going to go to Chris, who not only has been one of the most prolific commenters here since he first dropped by, but also one of the most resilient, forming the bedrock foundation of the Ethics Alarms liberal contingent, which still needs some recruits to balance the teams. Chris’s recognition in the Comment of the Day category does not accurately reflect his value here.

Here is his Comment of the Day on the post, “Morning Ethics Round-Up: 6/14/17, taking off from one of my numbered observations therein. I’ll be back briefly at the end.

Jack: “2. It is astounding to me that so many Democrats deny that there is a liberal (progressive, really) climate of hate.”

This is because when most liberals use the term “hate,” we are referring to prejudice, bigotry, and other forms of unjustified hatred. The term has become closely associated with people who favor oppression: “Hate groups.” “Hate crimes.” “Hate speech.”

But of course, when we liberals hate someone, it’s because they deserve it.

I am going to be completely honest: I hate the current president. I think he’s a terrible person. I think he is doing damage to our country. And, of course, I think he is hateful of others for illegitimate reasons: xenophobia, misogyny, religious hatred…these are all forms of hatred that we universally condemn. But how to go about fighting this type of hatred without succumbing to hatred ourselves?

Hatred is a natural human emotion. We all hate someone. Your Christian grandmother who says “I love all sinners” probably hates one of the other Christian grandmothers at church who says the exact same thing, because that other woman is a judgmental gossip. Hating someone isn’t unethical…but how we process that hatred can be.

This shooter obviously wasn’t able to process his hatred in a healthy way. But perhaps many of us on the Left aren’t processing it in a healthy way either, even if we would never think of acting on or supporting violence. You write here about the left media “distorting” the news…sometimes when you point out headlines or articles that you say are distortions, I think you’re right, and sometimes I think you’re wrong. Is that my bias at work? Yours? Sometimes mine, sometimes yours? I hate the president…does that make me unqualified to judge whether he is being represented fairly, even if sometimes I get it right and am able to see when a claim about him is an exaggeration, or “fake news?” You would probably say you don’t “hate” the news media…but I do see a bias there that, in my view, sometimes makes you exaggerate their behavior just as you say they exaggerate Trump’s.

How do we react to people or institutions we see as damaging to our country without succumbing to a climate of hate? This strikes me as similar to a question the news media itself brought up during the election, and still hasn’t satisfactorily answered: “How do we cover Donald Trump, an objectively terrible human, fairly?” Your answer to this question seems so simple and obvious: “Just be objective!” But in reality this can be the hardest thing to do. Putting aside our emotions and thinking rationally is hard. It’s so hard that when people get overly emotional, they usually think they are thinking rationally and that everyone else is perceiving things wrongly. Plenty of people won’t even admit they “hate” anyone. I have seen neo-Nazis say they don’t hate minorities, they just want a separate etho-state for white people. We cannot combat our own hatred if we do not perceive it, any more than we can combat any other bias without first recognizing it. And as a culture, we cannot keep ourselves from indulging in a climate of hatred if we do not see our hatred and attempt to keep in from getting out of control.

I’m back. I really love this post, and admire Chris for writing it. Just a few points:

It’s as simple as that.