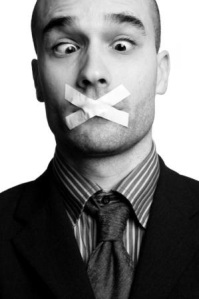 “Shut up! How dare you point out my hypocritical double standard!”

I am abashed to admit that I read the term “whataboutism” many times without having a clue regarding what it meant. Properly used, the term could have been a useful one. I often wondered what to call it when, say, Newsbusters, would run one of the stories like this one (there have been far worse. but this was the most recent):

What does CNN’s analysis eight years ago have to do with whether its analysis regarding 2017 election results are persuasive or not? Nothing. It’s a deflection without substance: “Oh yeah? Well, why should we pay attention to your claim that the GOP losing State House races is ominous for the party now when you didn’t say the same thing when Democrats lost elections under Obama?” It makes no sense, especially since those losses were a warning for Democrats, who got clobbered in the 2010 mid-terms.

That’s real “whataboutism”: an intellectually dishonest argument that changes the subject to avoid dealing with the issues. It flourished during the Obama years, especially in the comments on political blogs. Virtually any discussion about Obama’s myriad botches and failures were routinely countered by, “Oh yeah? Well, Bush lied and people died!”

This kind of “whataboutism” involves the use of Rationalization #2, Ethics Estoppel, or “They’re Just as Bad,” and #22 The Comparative Virtue Excuse: “There are worse things.”

The idea, again,  is to avoid honest consideration of fair criticism by pointing somewhere else.

But progressives and liberals are very good at stifling dissent and argument by constricting language and discourse, so now “whataboutism” is increasingly being used to shut down efforts to point out double standards….and double standards, which are reaching plague proportions, must be stopped, and the only way the stop them is to identify them.

For example, in a recent post,  I facetiously asked readers to remind me who Bill Maher inexplicably omitted when he said,

“I have to say, I gotta defend my tribe here a little bit—liberals versus conservatives—because certainly sexual harassment is absolutely the one thing we see now is totally, truly bipartisan (maybe the last thing that is)..But no liberal defended Harvey Weinstein or Kevin Spacey, who might be going to jail. Anthony Weiner is in jail. Louis C.K., we hear this week, did horrific things. Compare that to Trump and Roy Moore. We arrest our alleged rapists—they elect them. I mean, there’s a pig in the White House.”

I wrote, “I’m just sure there is a prominent Democrat who was and is and is an alleged rapist. I can’t quite fetch his name. It’s right on the tip of my tongue. Who is that? Help me out here. And Bill forgot about him too, so I guess I shouldn’t feel too bad…”

Almost immediately, I received comments from Democrats accusing me of “whataboutism.”  Well, you don’t get your first comment posted here by pulling that kind of crap, so this post is my answer. I was obviously referring to Bill Clinton, (and not to defend Trump or Roy Moore, but “alleged rapists” aren’t arrested by Democrats or Republicans; alleged rapists who have timely accusations against them and credible evidence other than he said/she said claims are arrested by non-partisan law enforcement) and the purpose of referencing Clinton was to point out Maher’s astounding intellectual dishonesty and the brain-frying double standard he and other progressives regularly use with this issue.

12 thoughts on “On “Whataboutism””