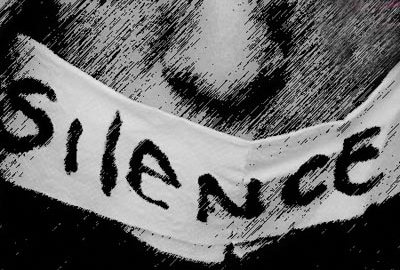 Luke G ends this  Comment of the Day writing,   “Hm, that was longer than I expected, but what’s a good analogy if you can’t follow it through to the end?”

He’s right: it’s an excellent analogy for the value of freedom of speech, and one I don’t recall having encountered before.

Here is his COTD on the post, An Ethics Alarms Holiday Challenge! Identify The Rationalizations, Logical Fallacies, Falsehoods And Outright Errors In This Essay Advocating Limits On Speech…?

This argument is a clash between two viewpoints. For those of us who value free speech, the structure and procedure are immutable, and the outcomes proceed from there. We see free speech, along with the various other liberties guaranteed in the US, as an intrinsic part of a free and open society. The freedoms themselves have intrinsic value, and the national culture that rests on them is a SIGN that they are good, rather than the REASON they are good. Rich soil is healthy and good, whether it’s growing anything or not- we don’t say good soil is useful because of the beans it grows, we look at the beans as proof that we chose our soil well. The fact that rich soil also allows weeds to spring up is an unfortunate side effect.

For those like the author of the article, their outcome is immutable, and the procedure to get there is malleable depending on their goal. Their worldview defines what outcomes are good or bad- structures that produce bad outcomes are bad structures, and those that produce good outcomes are good structures. These people see cultural cause and effect not like a field but like a factory, where there’s no such thing as a good machine that makes some good and some bad parts… if it produces any bad parts it’s a bad machine that should be upgraded or eliminated at the first opportunity so only the desired product is created. Universal free speech may have been the best machine available, but now there is the perceived power to fix it so only the desirable speech is free and the defective speech is suppressed, so it’s only logical to do so.

Why is the field a better understanding than the factory? Because the factory supposes humans to be mechanical and uniform in their culture and interactions, under the supervision of right-minded management. It assumes a general agreement of what’s “good,” that there is a single best version of the “product” that can be created. It also naively ignores the possibility for reversal. If I red-tag a machine in my factory and shut it down because it’s making defective product, it stays shut down and the other machines stay turned on. The other defective machines can’t gang up to red-tag the good ones and take over the factory, nor can the foreman down the road sneak in and do so. Besides, if they did, I’m not bound by their tags- I’d just pull the tags off and turn the good machines back on. It’s not like that in law, though- once you create your red tag mechanism and start applying it to what you find unsuitable, it’s out of your hands. Those who desire it to be so assume they’ll always be in a position of power to determine what is good and what is bad, and believe that they are doing so objectively such that no intelligent non-hostile person could disagree.

Like plants in a field, humans don’t work that way. You can’t just pull a part or shut down a machine, every action will affect the system as a whole. A parable in Matthew’s Gospel says to not to try to dig the weeds of evil out too early and too aggressively lest you uproot the crops, but rather to let them both grow in the good soil and then choose what to keep or discard when it bears fruit. This belief of “oh, we’ll do this but JUST to NAZIS” is like saying “there’s weeds in my field, I’ll pour some pesticide JUST on them.” You not only don’t know how you’ll affect the plants nearby, you risk permanently damaging the soil and reducing its ability to grow anything at all. I’d much rather allow the Nazi weeds to display their poisonous fruits, not because I like them but because I can then toss them aside with the rest of the trash before gathering in my bountiful cultural harvest that hasn’t been gnawed away at by my well-meaning attempts to destroy weeds at the root.

Hm, that was longer than I expected, but what’s a good analogy if you can’t follow it through to the end?

Leave a Reply to Another Mike Cancel reply