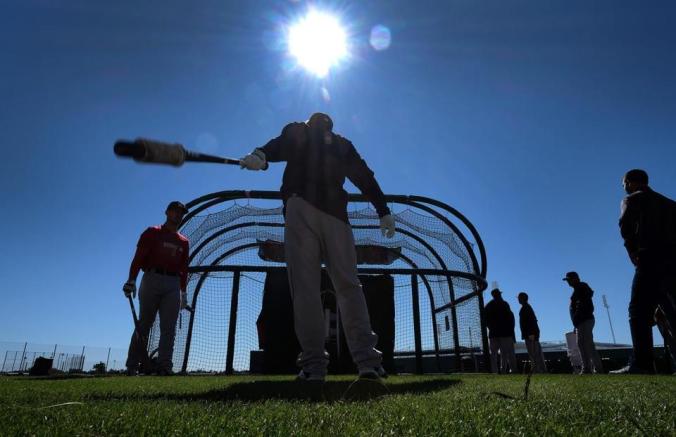 1 A Comment Of The Day. I apologize to Aleksei for not devoting a full post to his excellent commentary, but the posts have been more than a little Parkland Shooting Freak-Out—yes, that is what it is—heavy of late, so I’m highlighting his comment here. I’m also going to torment my temporarily reason-deficient—for that’s what they are—Facebook friends by quoting it.

So I went to the Boston “March for our lives” as an educational thing, because I’ve never been to one of these, and I wanted to talk to people about why they were marching. I am on the pro-gun side. The signs they had definitely were variations on what Jack has provided here. The sign with the kid in the subway car, that’s actually the Boston Red Line.

This march was definitely an emotional thing, because of the 10+/- people I spoke with, nobody was very knowledgeable on guns, gun laws, background checks, what is an assault rifle, the failings of government  in the Texas church shooting, the Parkland shooting, etc. On average, older people were more willing to have a longer conversation. On average, younger people were more irritated with me, once I told them what side of the issue I am on. I was polite and respectful, so there was never a brawl or anything.

I talked with the college girls with one of the more egregious signs ( “2nd amendment = white supremacy”) and they gave me the whole systemic racism shtick. They also had NRA = terrorism. They said the NRA buys politicians. I gave a counter example, that Planned Parenthood donates a lot of money too, where I was cut off immediately and told, that’s different, they’re not murderers, and it’s nowhere near what the NRA gives. [ Ethics Alarms note: This is not accurate.] Another woman I talked with, late 20’s maybe, told me how could I look into the eyes of children that are scared for their lives and not do something. I told her that it saddens me that kids are scared, but it saddens me more that the police failed, the school failed, and the FBI failed in Parkland. She didn’t rebut me and I wished her a good day.

I also was surprised when some young people asked me, if I don’t agree with the march, what am I doing here? I told them that this is a free country, I can be here if I want and that I can speak with other fellow Americans, even if we don’t agree on everything. On a positive note, people told me they appreciated my desire to hear the other side and learn more. It was an interesting experience, but like Jack said earlier, it was a “scream at the sky” fest. Also, the chants were boring. “Hey, Hey, NRA, how many kids have you killed today”, “What do we want? Gun Control! When do we want it? Now!”, “No more guns! No more guns!”, and so on and so forth. I want to say there were more women, there were families with children, which also had signs, people from kindergarten age to old age pensioners.

2. There are only comrades in arms, no competitors, in the ethics quest! I should have done this years ago, and I am abashed. Prof. Steven Mintz is one of the finest ethicists on the web, and I have never read one of his blog posts that wasn’t clear, well-written and reasoned, fair and though-provoking. He has not one but three ethics blogs: Ethics Sage, a pan-ethics blog like this one, his Workplace Ethics Advice blog, and the Higher Ed Ethics Watch blog. I just realized that I never added the last two to the Ethics Alarms links: I will do that today, and again, I’m sorry, Steven.

It always troubles me that Prof. Mintz gets so few comments on his superb essays, which I have to assume means that his traffic isn’t what it deserves to be. Part of the problem is what I encountered when my essays were limited to a two or three a week on the Ethics Scoreboard (currently trapped in hosting hell, but back up soon, I promise). To develop a regular following of any size, you need to post daily, and ideally many times daily. I urge Ethics Alarms readers to visit Steven’s sites and comment with the same erudition and passion you do here.

3. And speaking of The Ethics Sage, this:His most recent post on his Workplace Ethics Advice blog has immediate relevance to legal ethics. The professor writes in part,

I viewed the opinion as necessary but somewhat obvious, since whistleblowing would be legally impossible if all a company had to do was to make employees sign non-disclose and confidentiality agreements. However, the most interesting part of the decision is the caveat it includes:

“…However, Judge Bashant also held that if a whistleblower engages in wholesale stripping of confidential documents or where the appropriation of confidential documents is “vast and indiscriminate,” the public policy in favor of whistleblower might not immunize the whistleblower from potential liability. Here, Judge Bashant declined to reject Erhart’s whistleblower defense to the appropriation claims because (1) Erhart testified in a declaration that he “was very careful in [selecting] the information [he] accessed and turned over. Each document was specifically related to one of the allegations of wrongdoing [he] had discussed with [his supervisor] and then reported to federal law enforcement”; and (2) Erhart states that “every document” he used was one he “had properly accessed in the course of performing [his] work as an internal auditor.”

Here is the legal ethics problem: lawyers are prohibited from using stolen information or material. At very least, a lawyer hired by a whistle-blower would have to determine which documents , if any, crossed the “vast and indiscriminate” line, and if the lawyer determines that the material was not protected, he or she would have to deal with the “my client just gave me evidence of a crime, so now what do I do?” problem. I’m not at all certain that a lawyer can use whistle-blower obtained confidential material even if it is protected: it’s still stolen. This problem has not been definitively addressed by bar associations. Here, for example, is where the Virginia Bar stands–right where it did in 2004, which is too long ago to be very helpful today, with cyber-theft becoming routine.

4. “60 Minutes” disgraced itself last night.…but in the throes of the  2016 Post Election Ethics Train Wreck, in which degrading and undermining the elected President is the mission of the mainstream news media, the disgrace was inevitable. Stormy Daniels had nothing newsworthy or relevant to the Presidency to dish about. Her story was more or less identical, assuming it is true, to stories endless numbers of past one-night stands and temporary diversions of Presidents in their wilder days could have told, except in the past, the news media has treated the office with enough respect to leave such dishing to the tabloids and tell-all memoirs. Daniels just used CBS’s flagship investigative journalism show for canny self-promotion. The “threats” she described came in 2011, before Donald Trump seriously entered politics. The affair she alleges took place a decade before the 2016 campaign. There was no criminal conduct alleged to CBS that could be credibly traced to Trump, and people who voted for the man without assuming that he had been a rich, womanizing playboy for most of his life are as dumb as Hillary Clinton says they are.

109 thoughts on “Morning Ethics Warm-Up, 3/26/18: “Baseball Season Begins This Week So Nothing Can Upset Me” Edition”