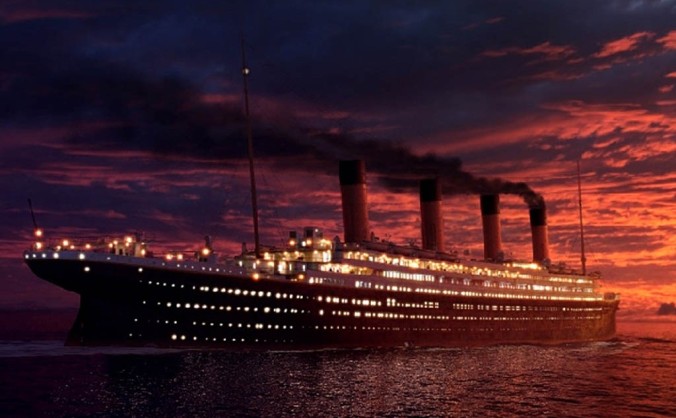 This, the annual March-April Ethics Alarms traffic dip, is when writing the blog becomes a job, not a joy. I really have to learn to stop caring about click, follower and share stats. It’s pure ego—well, that and the fact that my wife keeps telling me that I should be spending the time on billable matters, or getting books out to publishers.

1. Ethics Observations on the Syria bombing:

The United Nations is worthless, as well as toothless, gutless and principle free. If there was any justification for such an organization, it should be to prevent carnage like we have seen in Syria.

Democrats were going to mock Trump if he did not have a military response to the latest chemical weapons war crime, and they are now criticizing Trump for following through. In doing so, they only make their own fecklessness, hypocrisy and expediency more obvious, if that were possible.

Obama did it repeatedly. Criticism of Trump’s equivalent conduct is valid.

Trump is completely aware of how Bush was punched around for using that phrase in a celebration of a specific mission that in fact was accomplished, and he would like the naysayers to come after him the way they came after Bush, and when they do, he’ll show us all how to handle that kind of anti-military negativity.

The non-interventionists are wrong. The ethical optics of the United States and Great Britain and France punishing a brutal dictator who flouts international law are perfect.

This is why “Mission Accomplished” is an especially appropriate message.

2.  On April 15, The Titanic sank, Fenway Park opened, and JFK botched the Bay of Pigs. The latter was and is the object of another journalist cover-up of Kennedy misconduct.  The United States had promised the Cuban nationals that they would have supporting air cover when they invaded Cuba, butPresident Kennedy unilaterally withdrew the orders, leaving the force doomed and betrayed. He did not want the U.S. involved, he explained. Yet in his famous Inaugural Address, the idealistic new leader had proclaimed:

“We shall pay any price, bear any burden, meet any hardship, support any friend, oppose any foe, in order to assure the survival and the success of liberty!”

“When the smoke cleared and their ammo had been expended to the very last bullet, when a hundred of them lay dead and hundreds more wounded, after three days of relentless battle, barely 1,400 of them — without air support (from the U.S. Carriers just offshore) and without a single supporting shot by naval artillery (from U.S. cruisers and destroyers poised just offshore) — had squared off against 21,000 Castro troops, his entire air force and squadrons of Soviet tanks. The Cuban freedom-fighters inflicted over 3000 casualties on their Soviet-armed and led enemies….

“They fought magnificently and were not defeated,” stressed Marine Col. Jack Hawkins a multi-decorated WWII and Korea vet who helped train them. “They were abandoned on the beach without the supplies and support promised by their sponsor, the Government of the United States.”

Inconvenient fact: President Trump would have provided the air power.

3. Now THIS is mass baseball incompetence: In last night’s baseball game between the Arizona Diamondbacks and the LA Dodgers, reserve infielder Devon Marrero hit a three-run homer in the top of the fourth inning,  or thought he did. But the runner on first base, Alex Avila, somehow thought the ball had been caught, and stopped running between first and second.  Marrero, running with his head down, passed the base-runner, triggering an old rule that is seldom enacted because most Major League players, you know, understand how to play baseball. Marrero was out for passing his own team mate on the bases. Thus he was credited with only a single, even though the ball had landed in the stands. Meanwhile, Diamondbacks first base coach Dave McKay was thinking of large-breasted women or trying to remember pi to the 50th decimal, or something. He never told Avila to keep running, and never told Marrero to make sure he didn’t pass him, and doing these things are the only excuses he has to be on the field.

I know this was just a baseball game, but it is exactly how catastrophes like the Parkland shooting happen. If any one of these bozos had paid attention and done their job competently, this fiasco wouldn’t have occurred. In the real world, disasters occur when the wrong group of goofs, fools and incompetents combine their weaknesses at the wrong time, in the worst possible circumstance.

4. The President pardoned Scooter Libby. Good. Libby  was convicted of one count of obstruction of justice, two counts of perjury, and one count of making false statements in the wake of the ridiculous Valerie Plame investigation, a Democratic “Get Bush” scheme that was, if anything, even more dishonest than the current Russian collusion conspiracy theory. The Government and a journalist already knew who had leaked Plame’s CIA status, and it was nobody at the White House, and an accident. Nonetheless, a special prosecutor used dubious tactics to nail  Libby on the charge of deceiving him and lying before a grand jury to protect his boss, Dick Cheney, for being implicated in a non-crime that he had no involvement in anyway.