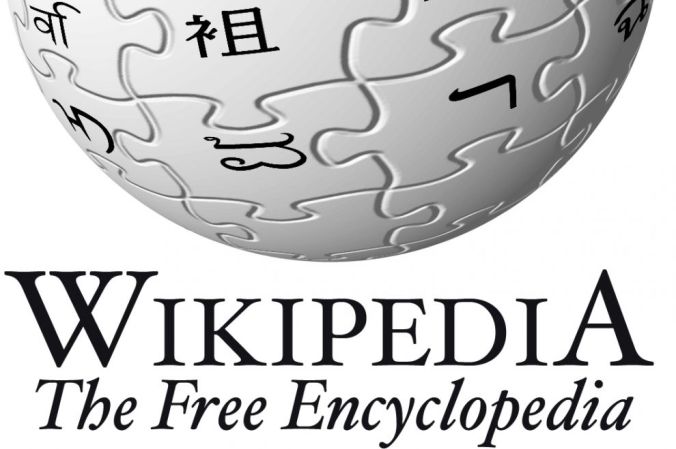 If the mainstream media, social media, and the most accessed encyclopedia won’t tell the truth without trying to manipulate it, what chance do we have?

Yesterday I again tip-toed into the realm of government lawyer ethics for a CLE seminar. As I did last week, I attempted to mention the most important government lawyer issues raised by the events of the past year without triggering partisan zealots and the anti-Trump deranged. I also noted that being a partisan zealot or anti-Trump deranged qualifies as a potential conflict of interest for a government lawyer, interfering with his or her ability to be objective, independent, competent, loyal and zealous. I did not say, but could have, as proven by Sally Yates. I know from past experience that this particular—100% accurate—observation is inviting a fight.

However, I did feel it necessary to discuss Bruce Ohr, the Justice Department official who is at the center of several Mueller investigation controversies. I am not yet prepared to weigh in on Orr, except to note this, as I did yesterday: The fact that Ohr served as the Justice Department contact for Christopher Steele, the former MI6 agent commissioned to author the dubious Trump–Russia dossier that was used as the primary justification for the FISA warrants permitting surveillance of the Trump campaign, while Ohr’s wife, Nellie Ohr, worked for Fusion GPS, the opposition research firm that prepared the dossier under a contract with the Democratic National Committee and the Hillary Clinton campaign (but I repeat myself), was a blatant conflict of interest, and arguably (and I’ll argue it) an unwaivable one. It also violates the ethics requirement that all government employees must follow to avoid the appearance of impropriety. (Pretty much the entire Mueller investigation has breached that. )

In the course of trying to confirm the basic facts of Ohr’s conduct, I consulted Wikipedia. Where else do you go these days for a dispassionate up-to-date recitation of facts without spin? Not  the New York Times. Not Fox News. As Frankie Pentangeli says to Michael Corleone, “Your father did business with Hyman Roth; your father respected Hyman Roth; but your father never trusted Hyman Roth.” That pretty much describes my relationship to Wikipedia. I don’t trust it. I frequently find errors in entries; I know people who have Wikipedia pages who are about as deserving of them, or less, than my Jack Russell Terrier; and I have never forgotten how my father spend hours correcting a wildly inaccurate Wikipedia article about a World War II battle that he was deeply involved in and wrote about in his book only to have his work rejected because Wikipedia does not accept, it said, “first hand accounts.” Wikipedia is a classic example of an imperfect resource that is both essential and hopelessly flawed by its very nature.

It does not, however have to be partisan and biased by its very nature. The Bruce Ohr entry reads like a Democratic Party advocacy piece, which I strongly suspect it is. The tone is entirely defensive and soaked with innuendo. If there is something that reflects badly on Ohr, it is attributed to ” right-wing conspiracy theories,” or Fox News. Defenses of Ohr from left-leaning news sources like the BBC or ABC News are quoted approvingly. We get statements of “fact” like “The FBI did not publicly reveal the ongoing investigation into the Trump campaign during the campaign, in part so as not to hurt his electoral chances, contradicting the claim that the probe was an attempt to undermine Trump’s candidacy.” Of course, the presence of partisan individuals like Peter Stzok in the probe undermines that assumption.  Suspecting that many things were seriously amiss in the handling of the Russian investigation and the Mueller investigation is completely justified, and Wikipedia should not be representing otherwise. It would not be representing otherwise, if it was not part of a de facto partisan conspiracy to mislead the public and tamp down legitimate suspicion? All I was looking for were the facts that can be confirmed, and a neutral recitation of what is not definitively proven, but alleged. Thanks to the tone of the Wikipedia article, all I know for sure is that whoever wrote it has an agenda.

13 thoughts on “Oh, Fine: I Knew Wikipedia Was Untrustworthy, And Now I Find Out It’s Partisan Too….”