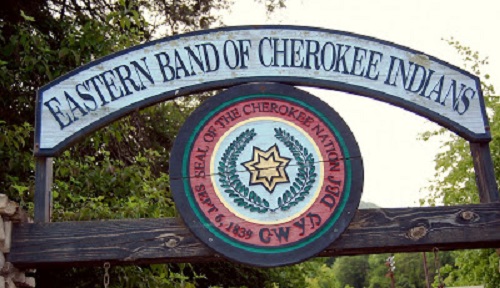 1. Baseball Ethics: Again, Robocalls, please! Last night, Game #2 of the American League Championship Series between the 2017 World Champion Houston Astros and some team from Boston again showed why Major League Baseball must install automated ball and strike calls and automatic video review if the game is going to have any integrity at all. Regarding the latter, there was a play in which a Houston batter’s swing and miss for strike three was erroneously called a foul ball by the home plate umpire, and the replay claerly showed that the bat had missed any contact by inches. Nonetheless, the batter got another chance. He struck out (“no harm, no foul” literally) a second time, but that was just moral luck. If he had hit a home run, altering the game’s outcome, the system would have been changed with lightning speed: Ye Olde Barn Door Fallacy.

Regarding the constant missed call and strike calls that risk changing the outcome in every game, the previous game in the serious contained a classic example. In a close contest with the two runners on base and a 3-2 count, Red Sox batter Andrew Benintendi was called out on a pitch about six inches outside the strike zone. Instead of the inning continuing with the bases loaded and the AL season RBI leader, J.D. Martinez, coming to the plate, the inning was over. Listening to the ex-players like TBS color man Ron Darling babble excuses and rationalizations is almost as infuriating as the obviously wrong calls. “Well, the ball wasn’t too far off the plate” and “That pitch has been called a strike earlier tonight” and “The umpires have a difficult job”: Shut up, Ron. The strike zone is set by the rules; a ball is either a strike or it isn’t, so a call is either correct or it’s botched. Blatantly missed calls were “part of the game” in an earlier era when nothing could be done about them, but that’s not true now. Baseball is supposed to be determined by the skill and performance of the players, not by random, unpredictable mistakes by the bystanding officials. Can you imagine a criminal defendant sent to prison in a trial where the judge repeatedly allowed inadmissible evidence against him because he misinterpreted the law, and the appeals court shrugging and rejecting an appeal with a unanimous opinion that said, “Hey, mistakes happen! It’s part of the system’s tradition and charm!”

2. Run, Fauxahontas, Run!  Fake Native American Senator Elizabeth Warren (D-Mass) announced that she finally did have her DNA tested. No cheapie home test for this aspiring Cherokee: she had the DNA test performed  by Carlos D. Bustamante, a Stanford University professor (and Democrat) and expert in the field who won a 2010 MacArthur fellowship for his work on tracking population migration via DNA analysis.  He concluded that “the vast majority” of Warren’s ancestry is European, but he added that “the results strongly support the existence of an “unadmixed Native American ancestor,” and calculated that Warren’s pure Native American ancestor appears in her family tree “in the range of 6-10 generations ago.” That’s a big range: six generations would make her 1/32nd American Indian, but ten generations would make her 1/1024th Native American. Nothing in the test proves she has the Cherokee ancestry she claims.

UPDATE: Apparently the Globe reporters and editors are among the math-challenged. Mid-day, it issued a second correction:

“Due to a math error, a story about Elizabeth Warren misstated the ancestry percentage of a potential 6th to 10th generation relative. The generational range based on the ancestor that the report identified suggests she’s between 1/64th and 1/1,024th Native American,” the Globe explained.

This means Warren is somewhere between 0.09 and 1.5 percent Native American, not between .19 and 3.1 percent as originally claimed.

Warren apparently is depending on the ignorance of the American public and positive spin by the left-wing’s captive media to pull off this scam. So far, the news media is cooperating: “Elizabeth Warren Releases DNA Results: She’s Native American,” announces the shameless Daily Beast.

No, she’s not. This warped logic resembles the much-maligned “one drop of negro blood” tradition of yore. The international genome project discovered that one out of every 200 men in the world are direct descendants of Genghis Khan and his many world-conquering, raping and pillaging sons. Does that make .5% of the world’s males Mongolian? The Boston Globe also tries to pretend that the test results justify Warren’s pose as an oppressed minority, writing,

“And while it’s unclear whether the test will convince Trump and his die-hard supporters, Warren will be able to point to it with other, more open-minded voters.”

3. Unethical Quote Of the Week, except that nobody should expect anything else from this  idiot:

The New Hampshire Democratic Party shows their stripes if they do not rebuke that rhetoric. Elections don’t “overthrow” governments, but overthrowing the government is indeed what the Angry Undemocratic Left, of which Baldwin is a charter and particularly obnoxious member, has been attempting to do since the 2016 election. Assuming Baldwin knows what he’s saying, always a question in his case, the call is to win the House and Senate so the elected President can be impeached and convicted without Constitutionally valid justification.

That is overthrowing the government, and that is what “the resistance,” Democrats and the news media have been attempting to do for two years.

100 thoughts on “Morning Ethics Warm-Up, 10/15/18: Overthrowing The Government, Replacing Umpires, and Fooling Some Of The People Who Never Did Their Science And Math Assignments [UPDATED!]”