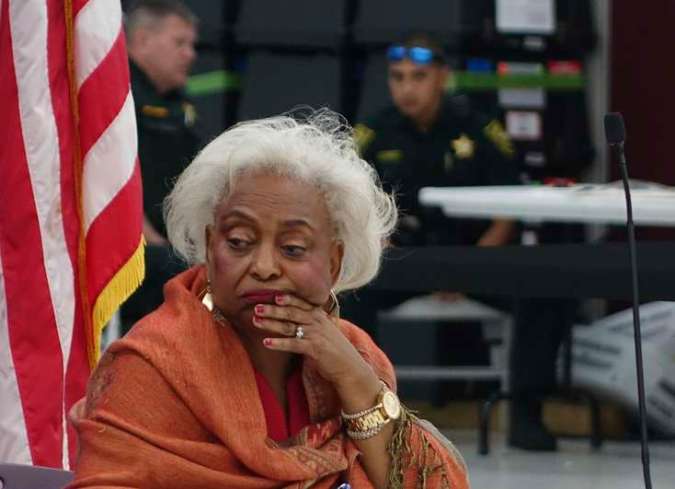 Let us take a moment out of our hectic holiday schedule to say thanks to the Florida State Senate, which loudly and visibly re-affirmed ist rejection of one of my least favorite workplace traditions: the fake resignation.

Broward County’s embattled supervisor of elections Brenda Snipes announced that she would resign her post effective January 4, announcing her departure after the November midterm elections had exposed, not for the first time, that she was a blithering incompetent who should have been fired long ago.  But then Governor–and Senator-Elect— Rick Scott suspended her late last month, citing “misfeasance, incompetence and neglect of duty.  Snipes announced that she was rescinding her decision to step down.

The Florida Senate has the authority to remove an official from office or reinstate them under the state’s constitution, but  the upper chamber’s general counsel, in a memo, determined that Snipes tried to take back her decision too late and that her resignation was permanent. Senate President Bill Galvano sent a memo to members last week confirming that her “Never mind!” was a non-starter.

This has nothing to do with Snipes’ well-established ineptitude. I’ve had personal experiences with “I quit!”/”I was just upset, I didn’t mean it!” in multiple settings. Every single time I have told the regretful employee, who was inevitably trying to use a resignation for leverage, “Sorry. Resignations are final.” In every such case, the employee was shocked, acting as if they had been fired with out cause. No, they had been in essence fired for cause, or more accurately, not re-hired because of their reliability, character and conduct. I have also replied to threats to quit, as in “If you don’t do it my way, then I resign!,” with a curt. “Fine. I won’t, and I want your resignation on my desk.”

Let’s call it “The Snipes Rule.” If you quit a job,  and you want it back, you have the same standing as any other candidate for your old position, except only you showed the dishonesty and bad judgment to quit when you either didn’t mean in, or hadn’t thought it through. That puts you at the end of the line.

“I wish you well in your future endeavors.”