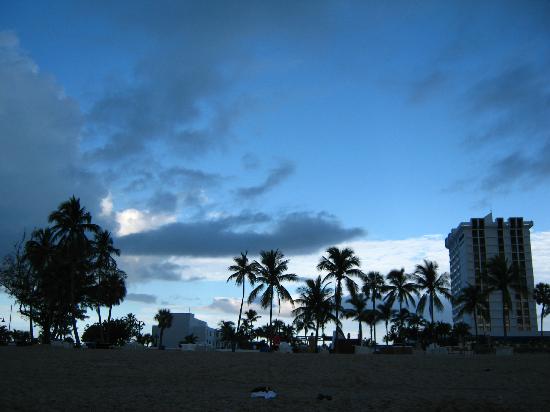 This warm-up was supposed to be up yesterday, but our flight to Ft. Lauderdale was delayed for four hours, then after we were on the runway, a passenger had some kind of medical emergency, sending us back to the gate and causing more delay. We got to our hotel after midnight, and I wasn’t capable of putting up the post.  Not that I’m in that much better shape this morning… 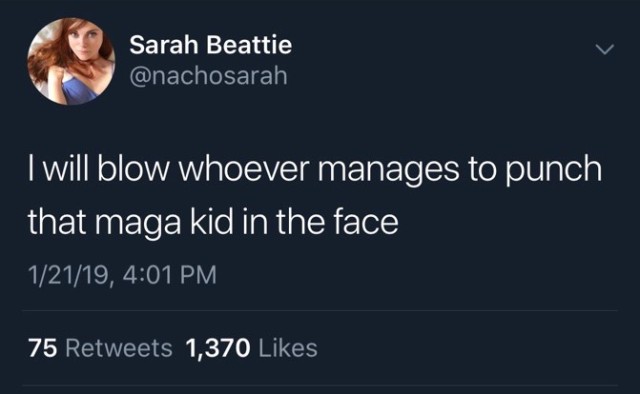 Nice. Of course, an ethical network would discipline an employee who tried to incite an attack on a teen, and no, she may not have been serious, but this isn’t a joke.

WHOOPI GOLDBERG, HOST: Many people admitted they made snap judgments before these other facts came in. But is it that we just instantly say that’s what it is based on what we see in that moment and then have to walk stuff back when it turns out we’re wrong? Why is that? Why do we keep making the same mistake?

JOY BEHAR: Because we’re desperate to get Trump out of office. That’s why.

Bias and idiocy has its benefits: Behar is absolutely correct. She just doesn’t have the ethical literacy, decency or intelligence to realize what an indictment that is of the “resistance” and the news media, and herself, of course.

2. On a happier note...The Major League Baseball Hall of Fame voting results were announced, and Barry Bonds, Roger Clemens, Manny Ramirez (yecchh), Sammy Sosa, Gary Sheffield—in short, the steroid cheats–were all rejected again. Bonds and Clemens crept a little closer, though, because the younger baseball writers who are slowly replacing their elders, are more likely to accept one or more of the invalid rationalizations to excuse these creeps.

3. One reason the younger sportswriters have the ethics of drug cartels is…that they, like most Americans, lack historical perspective because our culture keeps forgetting the lessons of history, and history itself. While stuck in Reagan National Airport with me, my wife bought “The Great Halifax Explosion,” a 2017 best seller about a virtually forgotten disaster that killed nearly 2000 people and wiped out half the port city of Halifax, Nova Scotia. A ship filled with explosives for the battle fields of W.W. I in 1917 caught fire and blew up in what was the largest man-made explosion before Hiroshima. I had missed this important historical event entirely, and have less excuse than most: the doomed ship Mont-Blanc set sail for Halifax on December 1, my birthday, as well as the day my father died.

4. David Brooks issued one of his better columns since moving over to The Dark Side (The New York Times), called “How We Destroy Lives Today,” about how social media mobs exact punishment for perceived breaches of ethics, large, small and imagined. The essay would be more respectable if Brooks didn’t make excuses for  his own colleagues for their very recent conduct regarding the Covington students. He writes,

Before you judge the reporters too harshly, it’s important to remember that these days the social media tail wags the mainstream media dog. If you want your story to be well placed and if you want to be professionally rewarded, you have to generate page views — you have to incite social media. The way to do that is to reinforce the prejudices of your readers.

Wait, isn’t that exactly why the reporters should be judged harshly? I take it back: the column is cowardly.