Those of you who are older than me will recall that Spike Jones used to call his audience “music lovers.” I have strived to be the Spike Jones of ethics.

“The presumption of innocence, a bedrock in the search for justice, was trampled upon at the expense of Mr. Smollett and notably, on the eve of a Mayoral election. Mr. Smollett is a young man of impeccable character and integrity who fiercely and solemnly maintains his innocence betrayed by a system that apparently wants to skip due process and proceed directly to sentencing.”

Observations: 1) The police statement yesterday was indeed excessive. This kind of angry denunciation of anyone accused of a crime taints the jury pool. Prosecutors have been disciplined for making public statements like that. 2) Calling Smollett a man of impeccable character is giggle-inducing, but not a lie. If the lawyer thinks that, he can say it, and nobody can prove he’s lying. 3) Ah! The lawyer says that Smollett maintains his innocence, and not that Smollett IS innocent. That’s how lawyers are supposed to phrase it in such circumstances.

“Trump stole a presidency. White supremacist cabinet. Syrians being exterminated. Tell DC 2 get real criminals & let the kid smoke her damn j”… “Get that dude out of office as president…”…”Pathetic excuse by U.S.”President” to show no condolence & further sell/spew/spit his white supremest, xenophobic, racism as fact. GTFOH”…”Shut the hell up you bitch ass nigga. You will continue to run this country further into the ground and risk lives every time you breathe. You’re not the president. Just a dumpster full of hate. FOH. Sick to my stomach that literal shit currently represents America to the world.”

Nice. Fox, which features “Empire,” apparently allowed a star to spout hate like this on social media assuming that fans of the show loved the Trump Hate. The tweet that will haint Jussie, I suspect, is this one, from 2016:

“The Trump way of campaigning… Take a pile of bullshit lies, sprinkle a drop of truth on top & call it “FACT”. I pray we aren’t this dumb”

2.  A clear ethics lesson in this fiasco. From AOL:

The North Carolina Board of Elections voted unanimously to hold a new election in the state’s 9th District after overwhelming evidence of vote tampering.

Prior to the board’s decision, Republican Mark Harris, the declared winner in the race who had been fighting for his election to be certified, changed his position and called for a new election. Harris was initially declared the winner by 905 votes over Democrat Dan McCready but the race was never certified as evidence began to surface of ballot fraud by employees of the Harris campaign. On the fourth day of an evidentiary hearing by the board, Harris said there should be another election.

The lesson? Absentee ballots are a blight on the electoral system, and should be severely restricted, as should all early voting.

Meanwhile, Harris ought to be banned from running, though he won’t be. The Republican hired the crooked consultants who tried to steal the election, and he should be held accountable. There will be new primaries for both parties. so maybe GOP voters will have the sense to reject him.

3. It’s bad enough to be a political correctness historical censor, but being an ignorant and incompetent historical censor is unforgivable. Social justice warrior vandals in North Carolina attempted to torch a statue of Gen. Lee outside the veterans museum named after him.

“The United States owes so much to our military forces and all five military branches are what has kept this country safe and free for all these years,” the museum said on Facebook. “Then comes along some jerk punk  and he tries to burn the statue of WWII Major General William C. Lee.”

Yeah, I can see how they would mistake the General for a Civil War soldier: 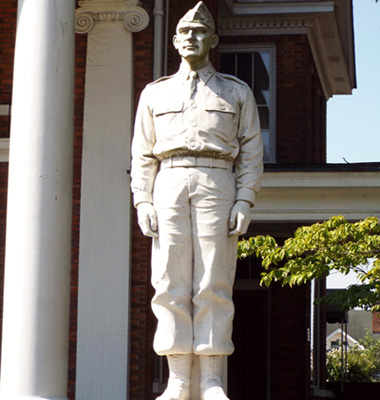