First I encountered several conservative media references to an exchange between former Secretary of State and Presidential candidate John Kerry and Rep. Thomas Massie of Kentucky.  This occurred at at a House committee hearing Tuesday on “The Need for Leadership to Combat Climate Change and Protect National Security.” The sense of the references was typified by this headline in Townhall: “Watch Incoherent John Kerry Get Destroyed Over His Bogus Climate Change Claims.”

Then, almost immediately later, I found Rolling  Stones account of the same exchange. It’s click-bait headline: “Is This the Dumbest Moment in Congressional History?”

Talk about Roshomon! How could both of these accounts possibly be accurate? Was Kerry reduced to a babbling fool by the Republican Comgressman’s deft cross examination, or did Massie embarrass himself? The truth was that everyone involved on all sides of this mini-foofaraw was, and is, stupid in one way or another, including the biased bloggers and pundits who saw what wasn’t there.

For Kerry to represent himself as any kind of expert on climate change is so silly even Democrats shouldn’t fallfor it. Yet here is Rolling Stone, saying outright, “Kerry is an expert on climate change who helped broker the Paris climate accord.” Kerry, like Al Gore and so many others whose belief in climate change doomsday predictions is based on politics rather than their comprehension or even review of the science, is just mouthing what he has been briefed to say. He has no background in science, no demonstrated aptitude for it, and has a well-established record of saying really dumb things about subjects he should be able to understand. The Paris accord was a diplomatic agreement, not a scientific one, and, of course, was symbolic and meaningless.  Kerry is an expert on symbolic and meaningless.

Massie is an MIT grad and trained as an engineer, so one could fairly expect that he is a little more legitimately conversant in climate science than Kerry, though he hardly proved it this day. He did prove that he’s no lawyer. Setting out to discredit Kerry’s climate change expert status should have been easy: just show a typical climate change model chart, like this one, 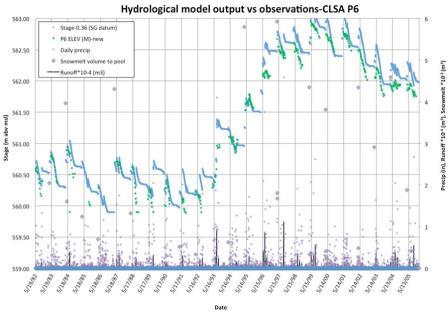 …and ask Kerry to explain it to the assembled non-scientists. Instaed, Massie decided to belabor the fact that Kerry’s undergraduate degree was in political science, but that this isn’t the same as being a scientist, get it?

Massie: Sec. Kerry, I want to read part of your statement back to you: “Instead of convening a kangaroo court, the president might want to talk with the educated adults he once trusted his top national security positions.” It sounds like you’re questioning the credentials of the president’s advisers, currently. But I think we should question your credentials today. Isn’t it true you have a science degree from Yale?
Kerry: Bachelor of arts degree.
Massie: Is it a political science degree?
Kerry: Yes, political science.
Massie: So how do you get a bachelor of arts, in a science?
Kerry: Well it’s a liberal arts education and degree. It’s a bachelor…
Massie: OK. So it’s not really science. So I think it’s somewhat appropriate that someone with a pseudo-science degree is here pushing pseudo-science in front of our committee today.
Kerry: Are you serious?! I mean this is really a serious happening here?
Massie: You know what? It is serious. You’re calling the president’s Cabinet a “kangaroo court.” Is that serious?
Kerry: I’m not calling his Cabinet a kangaroo court, I’m calling this committee that he’s putting together a kangaroo committee.
Massie: Are you saying it doesn’t have educated adults now?
Kerry: I don’t know who it has yet because it’s secret.
Massie: Well you said it in your testimony.
Kerry: Why would he have to have a secret analysis of climate change?
Massie: Let’s get back to the science of it.
Kerry: But it’s not science, you’re not quoting science!
Massie: Well, You’re the science expert. You have the political science degree.

Apparently Rolling Stone wants its readers to think that Massie really was confused about whether a political science degree was actually a science degree. No, Massie was just being a jerk, which, I can say from long personal experience, is a frequent byproduct on an MIT education. Yes, the questioning was stupid, but not the way the reports implied. It was stupid because it was a long, drawn out “I’m a scientist and you’re not, nya nya so there!” gotcha. Massie might as well have forced Kerry to admit that actual kangaroos weren’t going to be on the President’s committee.

Equally stupid, however, was the “Wow, that Massie really put Kerry in his place!” narrative. After Kerry followed typical climate change demagoguery— “America would never have tolerated leadership that denied Hitler’s aggression. During the Cold War, no one in public life would have been taken seriously if they didn’t offer a policy to counter the Soviet”—and delivered the familiar talking point about unprecedented CO2 levels, the worst “in 800,000 years,” Massie noted that CO2 levels today are actually far lower than  they were when mammals first appeared  on Earth. Kerry’s l reply was, “Yeah, but we weren’t walking the planet then…there weren’t human beings; that was a different world, folks.”

“So — how’d it get to 2,000 parts per million if we humans weren’t here? … Did geology stop when we got on the planet?” Massie asked. The idea behind that question is that since the climate was hotter and there was more CO2 before humans existed, why was human activity being blamed for rising temperatures now? That’s a really dumb question, either intellectually dishonest, or just plain stupid. The answer is that there were lots of factors affecting climate and the atmosphere millions of years ago that are not factors in the same proportions as today. It would have been reassuring if Kerry said that, but his actual response, “This is just not a serious conversation,” wasn’t wrong. Massie’s snotty reply? “Your testimony is not serious. When you can’t answer the question, that’s the best answer you got.”

The truth? Both Massie and Kerry looked foolish, both the left and the right misrepresented the exchange, and this, my friends, is why the public is ignorant about climate change and so many other things.