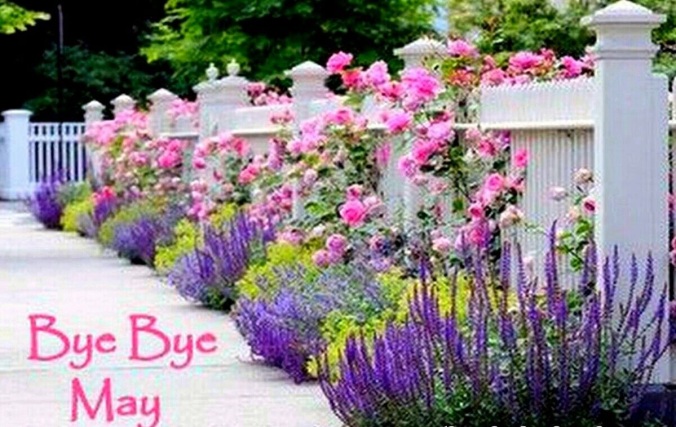 And as May sinks slowly into the west, we wave farewell…

(All in all, it’s been a discouraging month on the ethics front, and I will not be sorry to see it go.)

1. I just unfriended someone for political reasons, which I never have done before. Not because of what the guy’s stated beliefs are, because I emphatically and unalterably hold that ethical adults should be able to resist cognitive dissonance and maintain good relationships with those whom they believe are obviously, tragically, dangerous wrong about anything from baseball to abortion, but because he demands one-way dialogues.

He wrote me requesting that I not challenge his posts or the assertions of his seal-like followers, yet routinely comments on my page, and his many dubious positions pop up on my feed routinely. Essentially he wants me to be complicit in his enabling the largely Leftist bubble that Facebook has evolved into, and to allow people to cheer on illogical and biased posts without having to defend their barely-thought out screeds.

To hell with that.

2.  What a surprise! From Jezebel:

“…Biden still seems unable to keep his hands to himself.Indeed, at an American Federation of Teachers town hall in Houston on Tuesday night (where he unrolled a pretty decent education plan, to be fair) Biden pulled out another Classic Biden Move, per Washington Post reporter Felicia Sonmez .“In a somewhat odd moment at tonight’s AFT town hall, Biden tells a 10-year-old girl, ‘I’ll bet you’re as bright as you are good-looking,’” she tweeted. “He takes her over to the assembled reporters, then stands behind her and puts his hands on her shoulders while he’s talking.”

To anyone who believed that Biden had instantly reformed from a career- and life-long addiction to touching, hugging, sniffing, and otherwise behaving disrespectfully, presumptuously and assaultively to women and, ick, young girls, a) I told you so, and b) you’re too gullible to go through life without a keeper.

Is the feminist-dominated Democratic Party really going to let this creep represent it in the 2020 elections? I find that impossible to believe, polls notwithstanding, but maybe I’m giving Democrats credit for integrity that they long ago proved the party no longer values or possesses.

3. Trump Derangement makes you stupid. I prominently featured Joe in a  recent sexual harassment session, and apparently received some criticism from some of the attendees that this meant that I was signalling support for the President. (Can’t have THAT!) I wish these snipers had the guts to speak up at the session itself: that argument is insulting and idiotic, and I would have told them so, right there in front of their colleagues. (But anonymous, after the fact criticism is so, so much safer.) The point of the Biden remarks was that a Vice-President engaging in repeated acts of sexual harassment on camera undermined efforts by people like me to try to get the culture to accept that such conduct was unacceptable in the workplace and harmful to  women. Naturally, I immediately got the “whatabout..?” pushback: “What about the current President?”

“Has President Trump harassed or inappropriately touched a woman on camera?”

“Has President Trump been accused by anyone of engaging in harassing behavior while in office?”

“Then your question is a deflection and irrelevant to my point, which is about high office holders and role models reinforcing and rationalizing harassing conduct. The question of whether we should prioritize this issue so highly that such conduct before seeking office is regarded as disqualifying is a completely different question, and one that I don’t have time to explore today. However, I will point out that such a standard would have disqualified most recent Presidents, and not only Donald Trump.”

This was a smart and educated group, but as we all know, bias makes you stupid.

4. I can complain, but Democrats can’t. President Trump is, of course, behaving unethically, unprofessionally, uncivilly and un-Presidentially by publicly trolling Biden with insults about “Low-IQ Joe.” Members of the “resistance” and Democrats, however, are estopped from complaining about it after almost three years of their calling the President dumb, crazy, mentally unbalanced and so cognitively disabled that the 25th Amendment should be activated. They are also foolish to dwell on such attacks. “Tit for Tat” is unethical, but the unfortunate fact is that most Americans don’t believe that, or admire and trust leaders who turn the other cheek when they are denigrated by opponents.

Americans admire strength in their leaders, and always have. Allowing themselves to be pushed around and disrespected generally signals that leaders will allow the nation to be treated similarly. This is one of the reason Trump won after eight years of Obama dithering, erased “red lines” and general fecklessness. It is interesting that Gallup’s polling shows that more Americans today (40%) than two years ago (33%) believe President Donald Trump has the personality and leadership qualities a President should have. Well, he pretty clearly does NOT have the personality and leadership qualities a President should have, but he does have some leadership qualities that the last President did not have.

5. Ethics Tip: As Bill Clinton proved, when you have to resort to technical definitions to defend unethical conduct, you’re pretty much sunk. Rep. Liz Cheney and the President, among others, have referred to the unfolding evidence that Obama’s Justice Department and intelligence agencies illicitly conspired to sabotage Trump’s campaign and later his Presidency as indicating “treason.” Rather than defending the conduct, which is indefensible, or denying it, which at this point is unwise, some Democrats are taking the Clinton route, as in, “It depends on what the meaning of treason is.” (Democrats have just gone through a round of this, indignantly arguing that secretly surveiling a citizen —or a Presidential campaign—isn’t spying. ) Ex-U.S. attorney Preet Bharara tweeted,

Elected officials keep making casual, ignorant, idiotic accusations of “treason.” Trump does it. Just saw Liz Cheney do it. Read the Constitution and knock it the hell off.

People who speak English tend to use English words, and English words have meanings. The first definition of treason in most dictionaries is “the crime of betraying one’s country, especially by attempting to kill the sovereign or overthrow the government.” That’s not a bad description of what the effort to frame President Trump as a conspirator with Putin to steal the Presidency was. The most common second definition is “betraying someone or something.” Again, that certainly fits.

What the furiously back-pedaling resistance Democrats are saying is that the architects of the anti-Trump machinations weren’t technically engaged in treason, since the Constitution’s narrow definition limits the federal crime to levying “war against them or adheres to their enemies, giving them aid and comfort within the United States or elsewhere.”

This technical definition, for some reason, never seemed to stop the same sticklers from saying that Trump was guilty of treason by “colluding” with Russia, with which we are not at war.