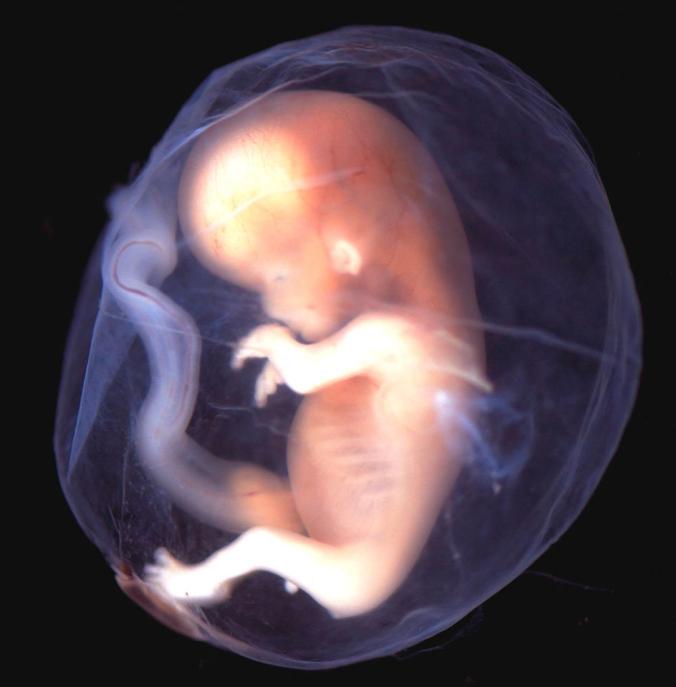 As always happens when the topic of abortion raises its ugly head, the commentator responded with passionate and entertaining arguments. Outstanding in the fray were the posts of jmv0405and Benjamin on opposite sides of the question of when life begins and human rights attach to it.

You’ve moved the question “what does it mean to be human?” into the fore. I think you’ve taken it lightly though. We’ve all seen the science fictional stories of men who turn into animals. If you turn into a horse in this sense, your physical form becomes that of a horse, but you somehow remain you. There’s another sense of this that intrigues old philosophers. What if the physical form remains the same, and you (the you that lies under and in all that meat, the you that’s looking at this screen through your eyes) become a horse in some essential sort of way? How would that appear to us from the outside? You can forget things and even experience amnesia and still remain you, so memories and knowledge aren’t you rightly so called. This horse imposter may very well behave exactly as you did before you were displaced. This could be happening every day. It may have happened to you, you horse, you! There’s no evidence to tell us otherwise. I suppose this does not happen. You suppose something like this does happen at some vague stage of human development.

I argue that my supposition, a continuous chain of being, is no more false than yours. William of Ockham would agree, his razor being rightly understood, because we have no reason to think otherwise.

Consider the utilitarian woes that would follow your supposition (I’ll cater to my utilitarian hearers). We can’t physically prove which apparent humans are horses. If we also suppose that these horse-humans are less intelligent, can we kill (humanely, of course) those we find to be of lower intelligence? How much less intelligent is a horse imposter than a man? Are any genuine men similarly unintelligent? Are any horse men more intelligent? Can this bar be adjusted, and based on what evidence?

You can see, if I’m clear, that limiting this to a stage of human development is no less arbitrary. An arbitrary metric, knowingly arbitrary, can be arbitrarily changed. I suppose, however, that there is a truth which is true regardless of our recognition of it. I suppose that we are charged with the care and protection of the innocent and that the risk of killing a human whose humanity cannot be proven outweighs the risk of permitting what may in fact be unprovably non-human to live. A utilitarian moral realist has no way of maneuvering past that epistemological wager. A rich tradition of scholastic philosophy assures me that nature is consistent, though.

Avoiding the parenthetical (which would require a treatise on breezy topics like the meaning of life, the nature of man, and the merits of human suffering), we diverge here. Humanity is special and we know this because its nature is to be reasonable. Reason, governing the appetites and with a capacity for symbolic thought, is unseen in all other physical creatures. I would not say, however, that reason makes one human any more than having ten fingers and two eyes makes one human. That “specialness” is inherent to humanity itself. In so reasoning, I’m consistent with the whole of philosophical tradition, and to break with which should require strong reasons for the novelty and strong arguments against the preceding body of knowledge. The idea that there can be a life lacking an essence is one I reject on the basis of an integrated understanding. It’s inconsistent with a great deal of not only what we can observe and conclude but what we have to accept in order to accept anything at all. That a fetus (Latin: child, offspring) is not a zebra is certain to all of us, therefore:

Our uncertainties, it appears to me, are a deliberate convenience. This doubt that humanity exists at all stages of life is a ready-made excuse, or so I’d assert. We didn’t find evidence or discover a new argument to suggest that humanity begins at a stage separate from when life begins and follow from it as a premise to the conclusion that abortion is acceptable before that event. The notion that humanity and life can be distinct, rather, was coined for the purpose of supporting a conclusion.

Now, a premise prepared to support a conclusion can be true, as you suggest and I will here acknowledge. Like all other arguments though, in order for the conclusion to be true, the premises must be true. But in this case, there is no reason to accept the premise that life and humanity aren’t coextensive. It’s also a novel concept, requiring a paradigm shift in the preexisting accepted philosophy without an effective critique of the preexisting paradigm, to be accepted not for the sake of its arguable truth but for the sake of a desired utility. It is used defensively – as a notion which can’t be empirically disproven – for the sake of defending a conclusion and without application or support in any other context.

But this gets worse, on closer examination. The humanity-and-life-as-being-non-coextensive premise isn’t a new positive premise at all, but a rejection of an old, established one. The conclusion, likewise, isn’t really a new positive conclusion but a rejection of an old, established one. The notion of life and humanity as coextensive follows from more fundamental concepts like form and matter as a logical consequence and informs subsequent conclusions such as the notion of human equality and, further, the opposition to murder. These ideas effectively explain the world around us and have been the philosophical grounds for the thriving of human civilizations. The notion to be rejected is centered in this logical continuum.

The rejection of that notion would force a rejection of all logically subsequent ideas as well as a new understanding of the logically prior ideas so as to avoid leading to the now-cut-off, branching set of ideas all over again. I mean to say that this denial is artificial for the sake of avoiding a natural conclusion. It has not flowed organically from a more fundamental understanding of the world but rather avoids understanding the world in a particular way and will be followed with, I’d wager, many inevitable consequences. ‘Integrity’ is a word I’ve contemplated a great deal. Consider its relationship with “disintegrate’. ‘Integrity’ means honestly following from what can be known to what teleologically follows without any disjointed attempts to rig our philosophy to desired ends. An alternative consciously-ends-directed philosophy will necessarily disintegrate. Every idea has consequences, but especially so when we try to avoid them.